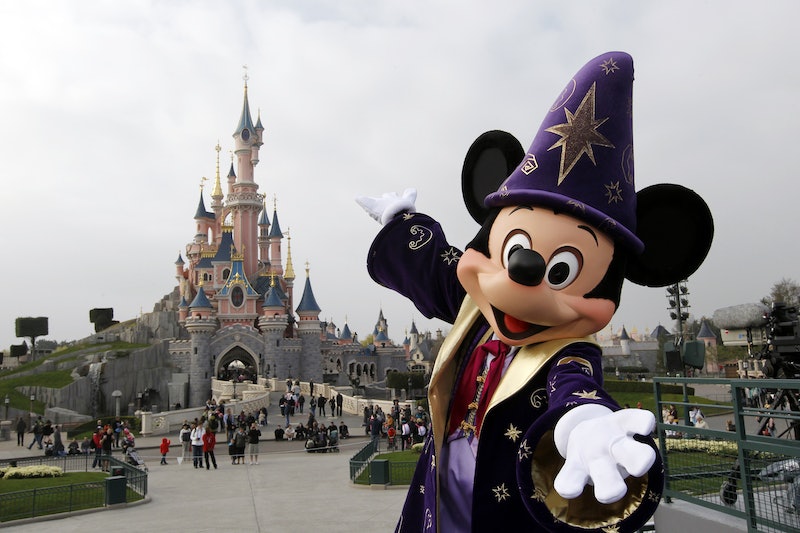 Disney's new movie Tomorrowland is causing quite the stir among Disney audiences. Not only does the movie include an amazing cast (including the one and only George Clooney, and the up-and-coming Britt Robertson), but it also takes a new spin on one of the most cherished Disneyland worlds. While it may not be the Tomorrowland at Disneyland that we're all used to, the movie still takes us on a ride full of futuristic, sci-fi adventure.

Of course, this isn't the first time Disneyland has turned one of their theme park attractions into a movie. Plenty of other rides have become movies over the years, including The Haunted Mansion and Pirates of the Caribbean, but turning a whole land into a movie, now that's something new entirely. It's actually pretty smart, to be honest, as the movie promotes the park and vise versa.

While I'm all up for new Disney movies like this (seriously, imagine what a Fantasyland movie would look like), I would also like to see some classic Disney movies turned into rides. Disneyland is already a magical place, but just imagine how much better it would be with the addition of some of these great movies as a whole world we could explore — after waiting in line to get on the ride, of course.

Maybe it's just the Julie Andrews fan in me, but I personally would love this ride. It would take you on a magical adventure of singing dolls and cartoons, all while riding a flying carousel horse.

This would be such a perfect mix of creepy and cool. Apparently, this ride was an actual idea for Disneyland, but reportedly Tim Burton turned it down.

Maybe like a test track ride where everyone gets to drive the infamous '63 VW Beetle that has a mind of its own.

The Chronicles Of Narnia

This was actually an attraction at the MGM Studios at Walt Disney World back in the day, but it would be much cooler if the wardrobe actually transported you to another part of the park where everything is an eternal winter.

Seriously, how cute would this ride be? Everyone would fly over town by balloon as Wilderness Explorer, Russell, narrates the whole journey.

Oz The Great And Powerful

Now that Disney has the rights to some Wizard of Oz material, can they please incorporate the yellow brick road into Fantasyland? Just imagine how wicked this would be (pun intended).

Going off the whole Narnia theme idea, why not throw in an iced-over Arendelle in the mix? Little girls would surely go crazy over a whole land dedicated to Anna and Elsa.