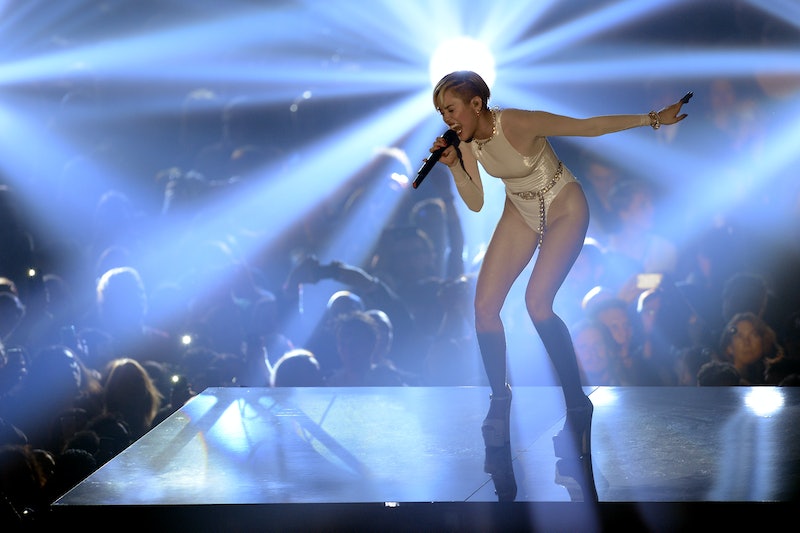 Miley Cyrus just released her Bangerz tour promo videos and the 30-second stings are sort of exactly what you’d expect from the shocker-savante. It’s Miley writhing around the suburbs with her posse in homemade Puff Paint t-Shirts twerking and hanging out with poodles. BEWARE PARENTS! BEWAAAAARE! But underlying the Monster Truck announcer who wants you to get so pumped for the “Most talked about artist on the PLANET,” is a dingy theme made for early 2000s ringtone texting ads. I guess Miley has just really settled for buzz and headlines over actual talent. Ugh.

The PARODY starts off with a burst of fire and a similar Mega Mattress Markdown voice over announcing Underunderground Records Juggalo-inspired festival of your nightmares (or dreams) with low-budget fonts and graphics. The PARODY boasts: Loose Alligators! Sex with an IRON SHEIK! Ventriloquists on STILTS! Mimes running all around this bitch! And...EVERYBODY GETS PITCHFORKS! I would not be surprised for one second if the Bangerz tour also included any and all of the above but Miley’s ISN’T a parody. It’s real. Don’t believe me? Take a look:

And Click Here for the Sketch That Somehow Parodied the Future

And now for a few play by plays:

It All Started Off With A Bang

Miley brought the excitement in her intro, too:

And There Were Plenty of Fashion Parallels

And Miley did this:

Nice DIY shirts and shoes, everyone!

This guy's from the SNL parody and is the Winner of the Mud-Eating Contest and Worse He-Man Impression Contest:

These guys are from Miley's promo:

I bet these two are up for the challenge of trying to take down last year's champion.

Neither Kickspit nor Bangerz Has Any Time For Bathrooms:

No water bottles, no protection from the sun an absolutely no Port-a-Johns. We didn’t sell out and get you a bunch of Port-a-Johns yo! You want a bathrooms? We’ve got bathrooms? They’re called YOUR PANTS.

Miley is wearing a diaper, everyone.

Bring on the Opening Acts:

Who knows how many giant furries will be on stage this year!

Both Promise to get NASTY:

You wanna get sick as hell? HELICOPTERS GONNA SPRAY YOUR ASS WITH VIRUSES, YO.

Miley, that is SO not hygienic! Flu season is coming!

This is just a hope that Miley will bring Mrs. Potato Dick on tour. I hear they spray the audience with cat piss.