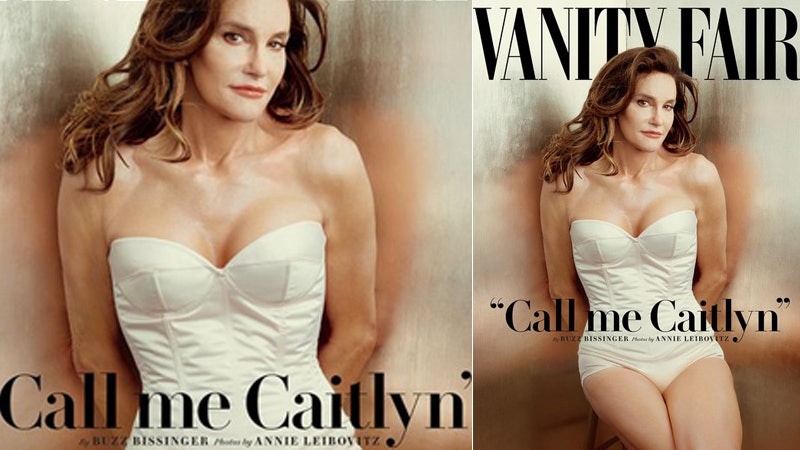 When news broke a mere hour ago that Vanity Fair had introduced Caitlyn Jenner to the world, readers were anxious to learn more of the Olympian's much-talked-about transition. For now, the full cover story is only available to subscribers, but in the meantime, the publication has released a short, written preview and video from the Annie Leibovitz-directed shoot. After spending 65 years publicly living as Bruce, the athlete, parent, and former reality television star stepped back into the spotlight as Caitlyn, a metamorphosis which Jenner has by all accounts ruminated over for years before finally electing to continue hormone treatments, undergo a tracheal shave, and complete a facial-feminization surgery over the past year. To say Jenner's decision to embrace her identity as a transgender woman on the national stage is brave and commendable would be an understatement, made far more valorous by the negligible Photoshopping used on the magazine's cover. Could it be that in light of Jenner's dauntlessness, American media has been inspired to abandon its reliance on airbrushing?

Though a dash of Photoshop was undoubtedly used to refine the cover, as is the industry standard, Vanity Fair made the notable decision to preserve much of the image's authenticity, so-called "flaws" and all. Defining features such as Jenner's sinewy arms, a remnant of her Olympic medal-winning decathlon days, muscular thighs, and facial features softened from the feminization surgery were all left virtually untouched by Photoshop, if not further illuminated for the cover image. Attributes such as these are often bulldozed in the process of photo editing to fit the modern standard of perfection, but it seems Jenner's valiance and security in her choice has turned a chapter not only for transgender women, but for all women. Why blur away individual characteristics when they are features that make one unique?

Though Jenner has not offered a comment on the Photoshop, or lack thereof, she did discuss the detrimental process of hiding beneath an assumed image that has nothing to do with reality, something that might be considered a metaphor for the Photoshop and cosmetic enhancements women undergo each day due to cultural pressure. "Bruce always had to tell a lie," Jenner explained. "He was always living that lie, every day. Caitlyn doesn't have any secrets. As soon as the Vanity Fair cover comes out, I'm free." Indeed, Jenner's Vanity Fair cover image is not camouflaged beneath layers of airbrushing; it is a proud and untamed photo of a woman owning her identity, just as all magazine covers should be. Jenner's cover could be the nudge the fashion industry needs to abandon its antiquated methods of polishing and perfecting in favor of embracing authenticity instead.