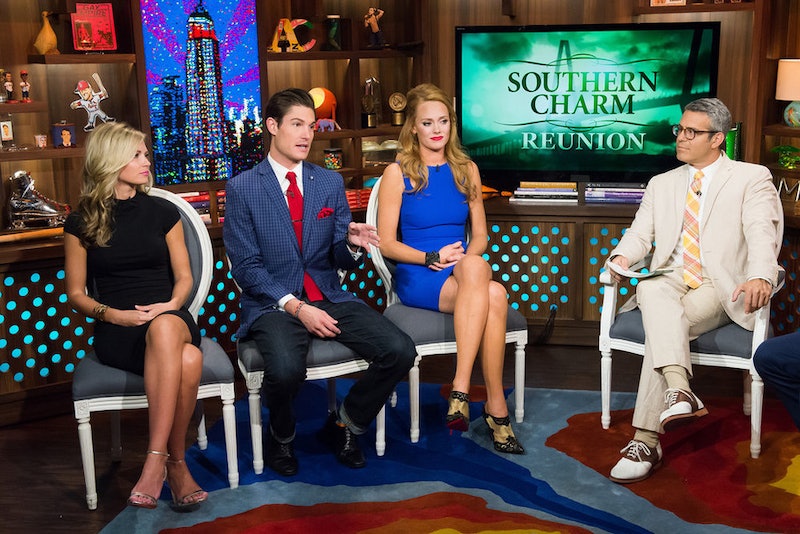 Another season of Southern Charm has come to a close, and it makes me want to just drink until I'm Cameran at Thomas Ravenel's campaign party. This season was exactly what some people would call "perfection," (some people being me). Season 2 was full of drama, fighting, glamour, and failure. But what is in store for Southern Charm Season 3? Surely there will be even more drama, fighting, glamour, and failure (OK, hopefully not failure... right?). We still have time before Season 3 gets underway, but there are definitely some questions for the next season that will without a doubt need to be answered.

One thing Season 3 needs to do is shake things up a bit. While I will always be so (read: too) invested in Kathryn and Thomas' relationship, I don't want to see an entirely new season of the two of them getting back together and breaking up. Whether shaking it up will mean new players, or new dynamics, the possibilities are endless. Here are some questions for Southern Charm Season 3 that will hopefully be answered when (if) the show returns.

1. How Many Times Will Kathryn & Thomas Break-Up?

Let's get it out of the way, and also maybe start an Internet pool? I've got my money on three times, but I'm really rooting for zero, since Kathryn really just needs to stay away from T-Rav.

2. Will Shep & Craig Be Friends Again?

Shep and Craig are the real friendship of the show that needs to be shipped by fans. The two ended things on a weird note during the finale. Can they work things out and get back to being friends?

There's also this obvious question. Is there a ballpark that we can at least be given, Bravo?

4. Will Thomas Run For Another Political Office?

His opponent in the Senate race, Lindsey Graham, is running for President. Will T-Rav want another go against Graham?

5. Will Craig Do Law Stuff?

Will we get to see Craig pass the bar and become a practicing lawyer?

6. Will He Do Law Stuff In Charleston Or Delaware?

If so, will he be a practicing lawyer in Charleston, or will he stay in Delaware?

7. Will Shep & Landon Ever Get Together?

8. Who Will Whitney & Patricia Make Fun Of?

It's time they lay off of Kathryn. It would be one thing if Kathryn was spending the entire season talking s—t about them, but she was too busy being in the worst relationship ever, and being a mother. Whitney and Patricia's constant bullying of Kathryn is kind of pathetic for such esteemed southern folk, in my opinion.

9. Can JD Come Back As A Full-Time Cast Member?

I love JD and his infinite wisdom. This recurring cast member status wasn't really working for me.

Bravo, I'm not asking for much. Just make Southern Charm Season 3 answers all of my burning questions, please and thank you.