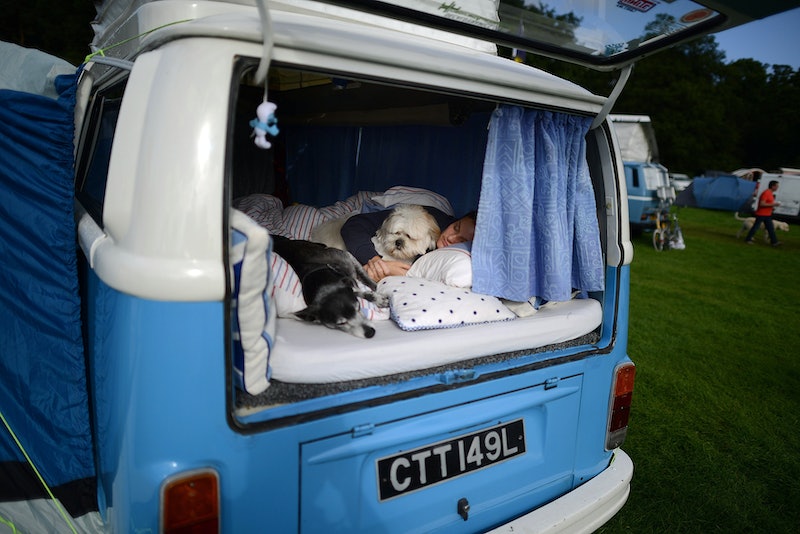 Yes, your mother was right all along: Early to bed, early to rise, makes a kid healthy, wealthy, and wise. (Well, maybe not wealthy.) Still, a recent study in the Journal of Adolescent Health shows that in a sample of 2,700 adolescents aged 13 to18, kids who went to bed late (11:15 p.m. or later) received overwhelmingly worse grades than kids who went to bed and woke up earlier. Night owl teens also tended to have high rates of emotional distress, compared to their early bird counterparts.

But it may not necessarily be a matter of how early or late teens go to bed that's most crucial: Only 15 percent of teenagers report getting over 8.5 hours of sleep on school nights — not surprising considering many schools' early start times. Teenagers who go to sleep later may perform more poorly in school, but it might also be that they're simply not getting enough sleep before heading to class.

If 30 percent of teens go to sleep after 11:30 p.m. on school nights and have to wake up at 6 a.m. (or earlier, if they're athletes), that's less than seven hours of sleep — well below the recommended 9.25 hours of sleep for teenagers. Considering a recent study in October which found that sleep may also help flush out toxins, it's no wonder that teens who don't get as much shuteye might be struggling in school.

So, morning people, congratulations: Your friends may poke fun at you for going to bed early like an old person, but at least you were at an advantage in high school.

And if you're a night owl? You probably struggled in math class, apparently.

The study may shed light on the alarming consequences of the 6:30 a.m. wake-up times teens across the nation face. But that doesn't change the fact that 40 percent of teens say they prefer later bedtimes. Many studies show that teen's bodies may be biologically wired to sleep later and longer. Thanks, puberty.

In fact, teenagers' tendency to sleep later is the reason why many school boards across the country have begun pushing for later start times, arguing that starting class later can help make teenagers more attentive and motivated to learn. (There have been plenty of ongoing studies since 1996 to back this idea up.)

Their conclusion? Sleep habits can have a long-term effect on teens' cognitive and emotional health as they move through school.

Julie Beck of the Atlantic laments:

If I had my druthers, I’d go to bed at 4 a.m. and wake up at 1 p.m. every day. This is what my body wants, what it tries to revert to on every weekend and vacation. But this is not what society wants, and, as always, society wins.

Yes, we all wish we lived in a society where work would start a 1 p.m. (and, ahem, end at 5 p.m.). We all wish we could fit life to match our body's rhythms, rather than the other way around.

But until that happens, best to go get some sleep.