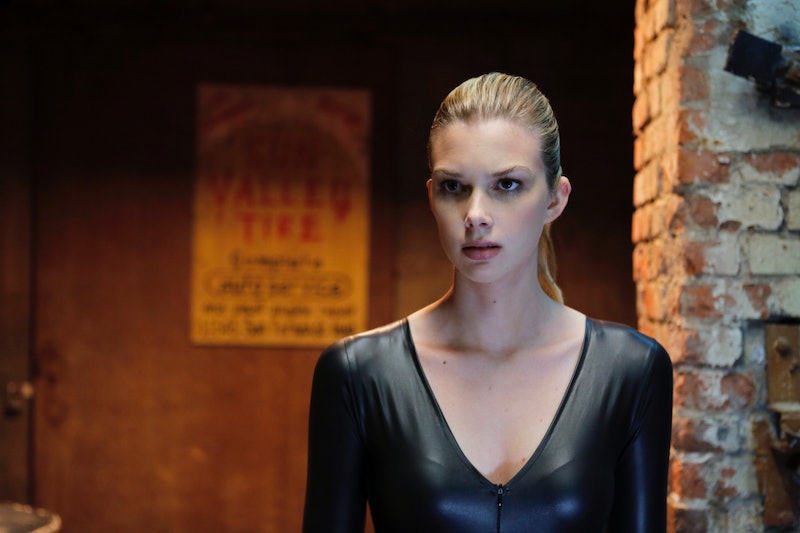 The new series Stitchers is premiering on ABC Family on June 2, and I can already tell it's going to be a standout summer show. But how many episode of Stitchers will there be? Although IMDB only shows 11 Stitchers episode titles, there's room for a lot more if the series is a hit. ABC Family described the show as a "procedural" to Deadline, which implies that this isn't a limited series. Instead, it's basically a cop or lawyer show, only instead of a normal civil servant, Kirsten is a "stitcher," who can enter into the last memories of a recent murder victim in order to see who killed them. That sounds like it could run for 22 episodes (pretty standard for ABC Family) if it succeeds in the ratings.

But, even though the premise is a little strange, procedurals have been moving in this direction for a while. While other shows, like The Mentalist, Unforgettable, and Monk have played around with the idea of a detective with borderline supernatural crime-solving abilities, and The Flash and Agents of S.H.I.E.L.D turn super powers into weekly cases to solve. Stitchers is mixing a little bit of both. And here are some ways they could use Kirsten's powers to liven up garden-variety murder plots from every other procedural show on TV.

Every procedural ultimately winds up adding a bunch of serial killers. This show could do a spin on this by having Kirsten stitch herself into the memories of each victim as she tries to piece together who the killer is.

Male on female sexual assault gets brought up in most procedural shows. So it would feel so lazy if Stitchers threatens Kirsten with experiencing that trauma secondhand a bunch of times in order to build tension. Instead, they should focus on more non-sexual crimes and crimes with female perpetrators. (After all, Gone Girl showed us that women can be nefarious too.)

It drives me a little crazy when computer geniuses act like cops and cops act like lawyers on TV shows. The team in Stitchers could use some tips from The Flash, where they've not just given each character unique qualities, but made those qualities make sense for a group of people who are working in a science lab. Here, the cast may look like supermodels, but if they can add some nerdy bonafides it will help sell Linus and Cameron as compelling characters.

Why can't Kirsten just remain a bright grad student who's a little awkward emotionally or reserved because she was never good at connecting with people? I'm sure there's going to be a revelation that her whole family was killed and she just barely could have saved them, but I don't think there's anything shameful about there being a character who wants to help people without having a tragic past. In fact, that might help to distinguish Stitchers as a unique new show to look out for.