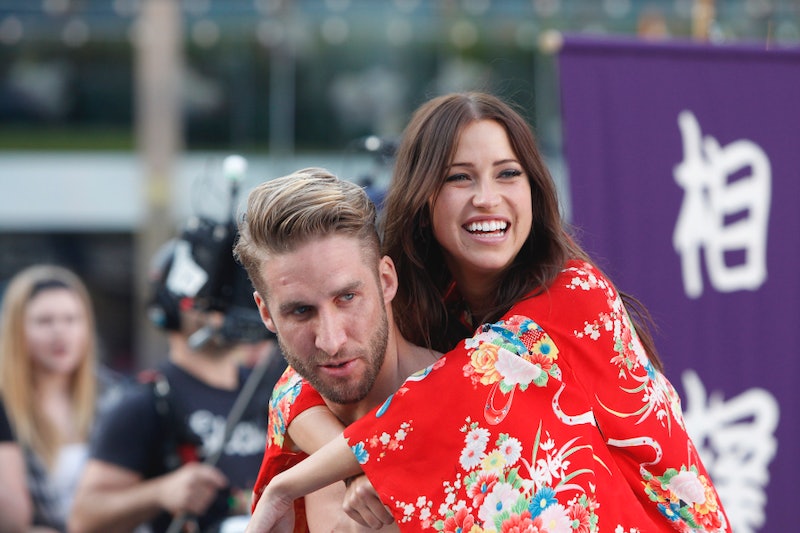 One of the main tropes of The Bachelor and The Bachelorette franchises is the idea of the damsel in distress. That’s why, at the end of every season of The Bachelorette, the Bachelorette must be proposed to by her final two men — she does not ask the question of getting married. Most of the dates on The Bachelorette focus on masculinity and, as Tony would put it, “primal” energy (like this week’s sumo wrestling lessons). It’s a lot of traditional gender roles, and that’s why I’m so glad that Kaitlyn Bristowe is a Bachelorette for a new generation: She’s having sex, she’s doing what she wants, and she’s standing up for herself, and it’s so refreshing.

If you’ve been watching the whole season of The Bachelorette so far, you know that Kaitlyn sleeps with one of the guys in the group before the lauded Fantasy Suite date. Not everyone is happy about it. Actually, no one is happy about it. This is not the article to discuss Kaitlyn’s sex life, only to say that Kaitlyn is a grown-ass woman, as the kids put it today, and she can sleep with whomever she wants to.

The best part about Kaitlyn so far this season is that she really speaks her mind, and she stands up for herself whenever she thinks she’s being had. Too often on past seasons of The Bachelorette has the Bachelorette just gone with the flow, keeping guys she wasn’t sure about, as well as guys she was hearing all kinds of rumors about.

So far this season, Kaitlyn’s had no problem getting rid of Kupah, who was throwing a hissy fit and asking her about her intentions (which, dude, go away. This is The Bachelorette, week 2). She also confronted Clint about his jerk behavior. Clint played Kaitlyn hot and cold, ignoring her on their group date and then sucking up to her later for it, all the while telling the other guys that Kaitlyn was so into him and it was all handled. As he said to his best pal JJ, “villains gonna vil.” Gross.

Of course, when all of the other guys in the house turned on Clint, Kaitlyn sprung into action, calling him out for a separate meeting aside from all the other guys. She told Chris Cupcake that Clint “wouldn’t be around much longer.” Though the episode went in a “to be continued,” I am very sure that Kaitlyn kicked his ass to the curb. And rightfully so — she’s here for the right reasons, and she’s not going to be played a fool at her own game.