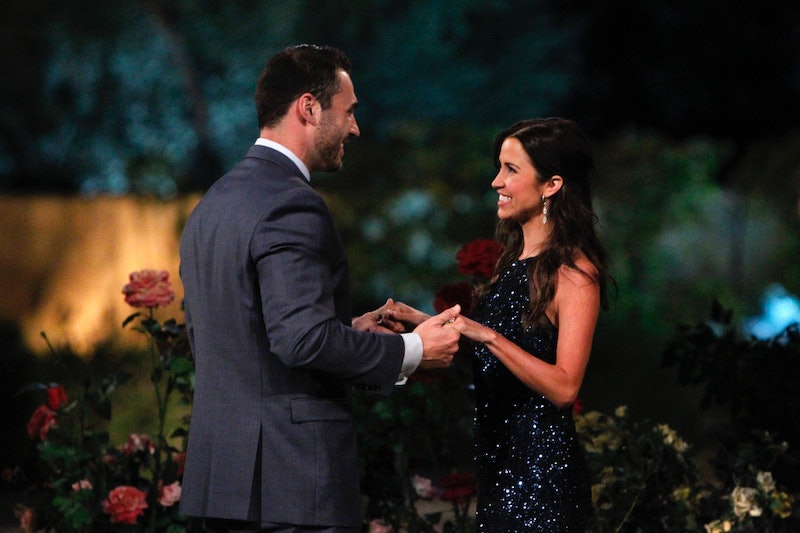 Kaitlyn’s first one-on-one date of tonight’s episode threw a wrench in typical Bachelorette plans: Instead of Kaitlyn helping the producers plan the date and taking her suitor out, Kaitlyn was in the dark, too. Chris Harrison put together the excursion instead, leaving Kaitlyn and Ben Z. to go on a haunted house-style Bachelorette date. The scene was like anything that’s ever happened on The Bachelorette before.

Just kidding, but it was pretty cool. Chris had set up a date at “The Basement: An Escape the Room Experience” for them! For those of you who aren’t in the know, the gist of the date is that Ben Z. and Kaitlyn get locked in a room and they have to figure out all of these clues and puzzles to unlock the door and get out in a timely manner. I did one of these once in New York City, and it was awesome — so much fun! There were riddles and locks and teamwork! Except when I participated in this charade, the producers of The Bachelorette weren’t exploiting my worst fears. Tell them to stop watching the Saw franchise before filming.

Kaitlyn’s first words are, “But what if there are birds in there?” So, guess what? Two pigeons flew out, terrorizing Kaitlyn and letting Ben Z. be Kaitlyn’s protector. Nothing is sexier than a man threatening to punch a zombie (located in the corner of the room) or a bird in the face.

The stakes were quickly heightened: it was announced that a “gas” would be emitted if they don’t get out in 45 minutes, so now the clock was ticking. Oh, and there is an entire room full of snakes. At that point, I would have been climbing on the ceiling. Luckily for Ben Z. and Kaitlyn, they made it out of this torture chamber with like 4 seconds to spare. And then they came back to Kaitlyn’s, ate pizza, and bared their souls to each other. What could be better than that?

Honestly, this date was pretty terrifying (though I would absolutely love to try this one out), but it totally brought Kaitlyn and Ben Z. even closer together than before. Their chemistry is already palpable, so I can only imagine how hot they were for each other after this date. I think the other guys in the Bachelorette mansion will have a hard time splitting these two up now. Kudos to The Bachelorette producers for dreaming this one up — it was both entertaining and effective.