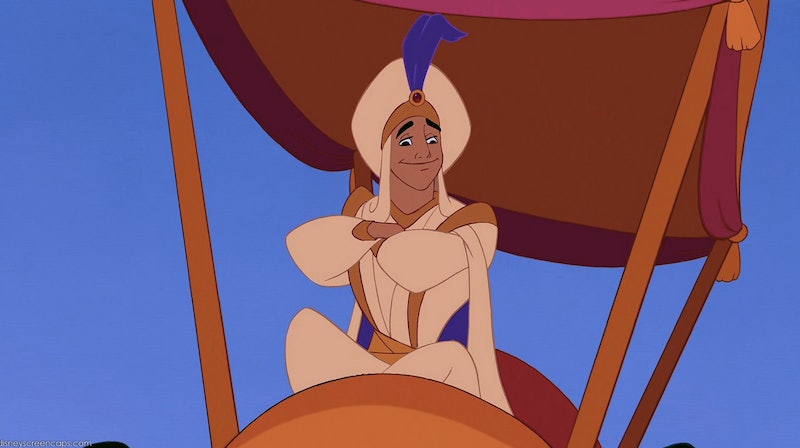 If you're a Full House fan, then you most certainly remember D.J.'s first real boyfriend Steve — an all around good guy who fell head over heels for the eldest Tanner girl. Seriously, I couldn't get enough of this couple. Not only were they both so full of life, but their puppy love made hearts melt every time they shared the screen. While he stole our hearts on the show, he also stole our hearts in a certain Disney animated movie. Not only did Scott Weinger play D.J.'s first love, he also voiced the title role in Aladdin .

For a lot of fans out there, this news doesn't come as a shock. Some of you might even remember the spoof the show made about it when the Tanners went to Disney World. Since it was one of the first times the couple had been a part during their relationship, D.J. began to have illusions that Steve was there, i.e. seeing him dressed up like Aladdin greeting kids — I see you, writers!

While it's obvious that the two are completely different characters (one is a cartoon after all), you can't deny there are some similarities between the charming young men. And I can prove it: