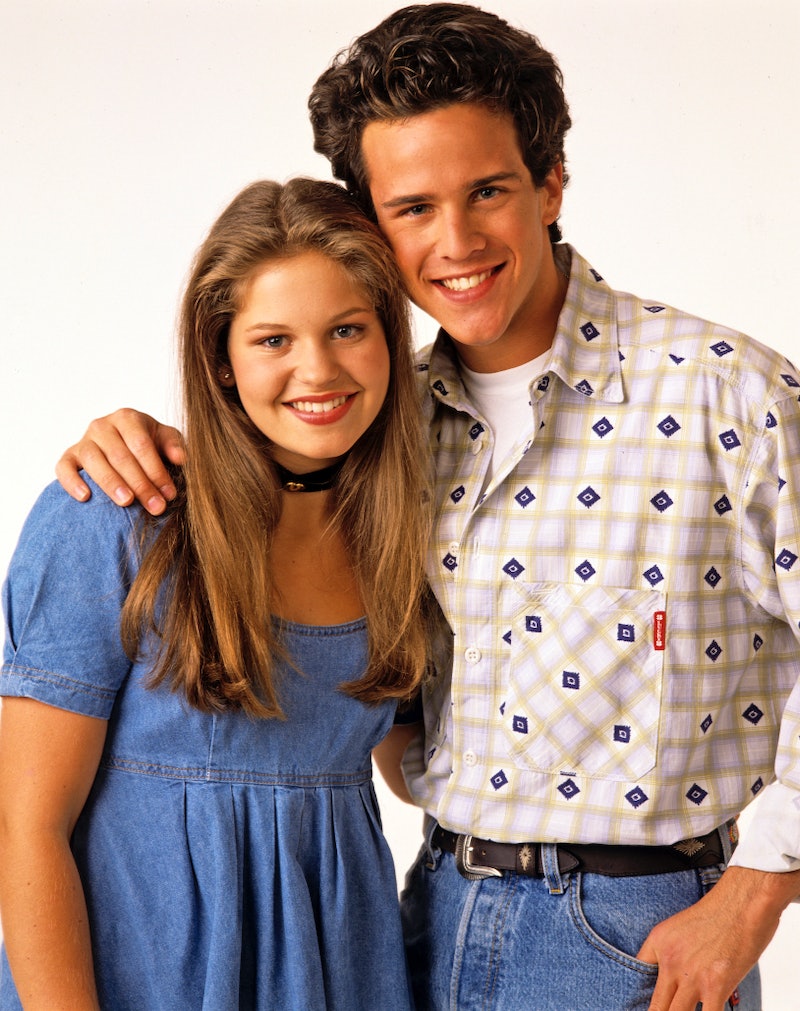 Most nostalgic 90s kids have probably kept tabs on the many former stars of Full House . After spending our entire childhoods (and, let's be honest, a little beyond that) laughing at Uncle Jesse and Joey's antics, learning about life every time the music came on, and envying the amazing fashion, we just couldn't let the Tanners ago. But while we've closely followed the various reunions and careers of John Stamos, Lori Loughlin, Candace Cameron Bure, and the rest of the family, some of the supporting characters have slipped our minds. There's one character who was pretty important, but has still fallen of the radar. Seriously, does anyone know what happened to Full House 's Steve?

Steve, who's last name was Hale, apparently, was DJ's boyfriend from the beginning of the fifth season until their breakup in Season 7. He remained a cast member until the end of the seventh season and made a surprise appearance in the series finale that at the time, seemed like the most romantic moment in the history of TV. In addition to playing Steve, most Full House fans know that he was the voice of Aladdin in Disney's 1992 animated classic, but besides that, Steve is largely a mystery.

For starters, Steve's real name is Scott Weinger and if you've seen him anywhere recently, it was probably on the recent series finale of ABC's The Neighbors, in which he and Bure made a cute cameo appearance as the new neighbors of the series' main characters. Their own characters didn't have names, but let's all pretend it was a grown-up, happily married DJ and Steve. Here's what the ultimate Full House couple looks like today.

So what happened in the time between Full House and that Neighbors appearance? Let's start at the beginning.

Weinger had a pretty great reason to leave Full House: he decided to attend Harvard University. His only acting work between starting college and graduating in 1998 was that Full House finale appearance and voicing Aladdin in various videos games and spinoffs. Aladdin has actually brought steady work for Weinger, who has consistently been featured in Disney projects since the original film, even lending his voice to the video game Disney Magical World just last year.

His onscreen acting, however, hasn't been as steady. Weinger had guest appearances on TV shows such as Walker, Texas Ranger, Scrubs, and Mistresses, but that's really it. Still, Weinger has been working in TV pretty steadily since 2005, he's just been behind the camera.

Weinger started writing for TV with one episode of the short-lived series Like Family, then wrote three episodes of the Amanda Bynes series What I Like About You in 2005, and two episodes of Privileged in 2008 and 2009. After that, Weinger served as a writer and producer of The CW's 90210 from 2010 until its cancellation in 2013, before writing and producing The Neighbors. The writing gig lead to the guest appearance, and here we are.

The only other question you might have is who Steve ended up with in real life. We know DJ went on to marry professional hockey player Valeri Bure, and according to his IMDB page, Weinger married fellow TV writer/producer Rina Mimoun in 2010, who's worked on Everwood, Gilmore Girls, Pushing Daisies, Privileged, Hart of Dixie, and most recently, Mistresses and Once Upon A Time in Wonderland.

In his spare time, Weinger also likes to tweet about his various TV projects and make great Full House references.

It's nice to know that even we forgot about Steve for a while, Weinger never did.