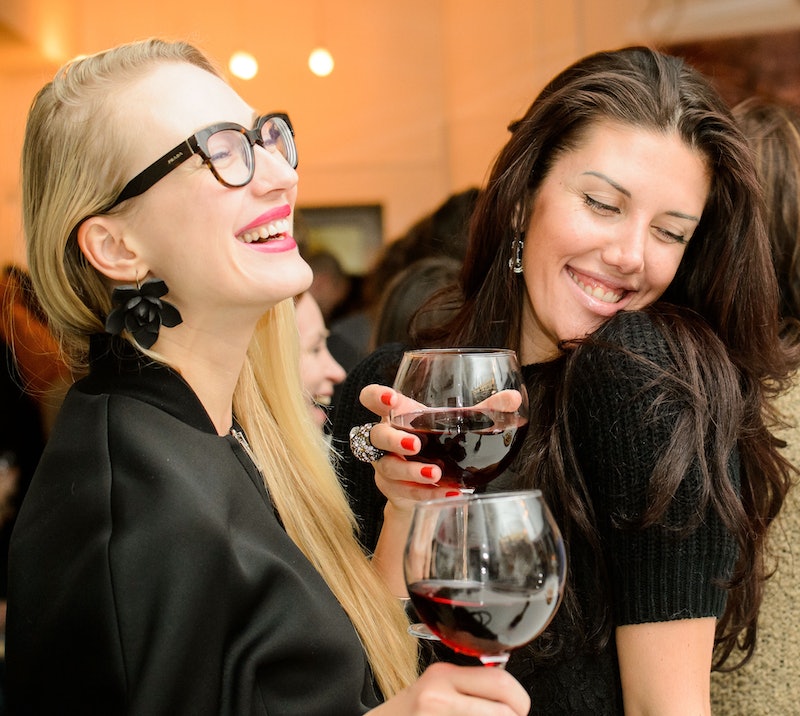 Have you ever stopped to wonder how much you actually drink? Well, it turns out that it might be more than you think. A new survey recently conducted in England found that self-reported consumption of alcohol only accounts for about 60 percent of alcohol sales in the country. Does this mean people are purposefully under-reporting how much they drink? The study found that people usually don't account for how much more they drink on weekends and holidays, including special events like weddings, sports games, and family gatherings — so let's all just take this moment to remind ourselves that it always "counts," even when it's for a special occasion.

The survey was conducted through random telephone calls in England to residents 16 and over. Around 6,000 people were surveyed; they were asked to provide information on their typical drinking habits and how they differ from their weekend, holiday, and special event drinking habits. Other factors that were taken into consideration included age and sex.

Before examining the results, it's important to remember that the study is restricted to England and doesn't necessarily give us a global understanding of discrepancies in drinking on special occasions versus regular days. It's possible, for example, that the same study would show something wildly different in countries where alcohol sales are lower in general, where religion prohibits drinking, or where access to restaurants, bars, and liquor stores may not be as available.

That said, though, the study is still interesting, so let's take a closer look. How much more alcohol are people drinking in the UK on special occasions? Here are a few highlights; the full study is also available to read online for free, so check it out here.

1. Special occasion drinking added 120 million units alcohol per week to the total population consumption of alcohol in the UK.

That's about 12 million bottles of wine.

2. 25 to 34 year olds had the highest rates of typical (regular day) and atypical (special occasion) consumption.

This is perhaps unsurprising, but worth noting nonetheless.

3. Even people who reported drinking less than one unit per week showed a 203 percent increase during holidays.

So there you have it, folks. Know that if you're getting wasted during Thanksgiving, you're not alone.