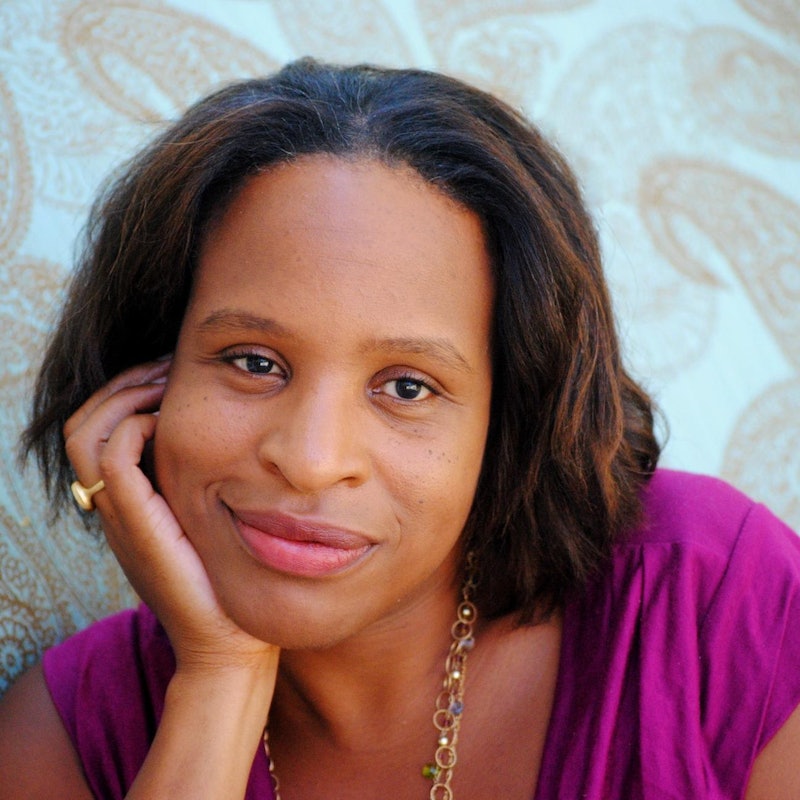 At first glance, Nicola Yoon's debut novel, Everything, Everything , feels a lot like some of the genre's most famous recent works: there's the dangerous love story of The Fault in Our Stars ; the twists and turns of We Were Liars ; the plucky heroine of any work by Sarah Dessen. But Yoon's story, about Maddie, a girl who's literally allergic to the world, is something new: a vibrant, thrilling, and, ultimately, wholly original tale that's bound to be an instant hit with the YA crowd upon its September 1 release.

And no one's more surprised about this than Yoon herself.

"It's ridiculous," she says, laughing. We speak just a week before Book Expo America, where Everything, Everything is honored as one of the "Buzz Books" of 2015, and where Yoon speaks on a panel alongside prominent authors like Jodi Picoult and E. Lockhart. "There are times where I’ll see something and am like, my god, is this really happening?"

Yet if the author is overwhelmed now, she better get used to it; her novel is already being touted as one of the fall's most highly anticipated releases. It's easy to see why; from its compelling plotline (Maddie's disease means she's forced to stay inside 24/7, with nearly no contact with the outside world) to its views on diversity (Maddie's half-Asian, half-black heritage is simply stated as fact, not analyzed and picked apart), Everything, Everything is truly special. So it's a surprise to hear that Yoon's inspiration for the book stemmed from something so simple.

"When I started writing it, my daughter was about four months old, and when I had her, I thought: you’re gonna want to protect your child from the world," the author explains. "But I didn’t expect the intensity of those feelings."

Quickly, Yoon's desire to keep her daughter safe morphed into an idea for a child who requires protecting. In the book, Maddie's raised by a single mother, and due to the teen's condition, the duo are extraordinarily close. Her mom, plus a nurse and the occasional tutor, provide the only face-to-face contact she has with other people — that is, until a cute teenage boy moves in next door, and Maddie's world begins to expand. Of course, their romance is filled with complications, the greatest being Maddie's inability to leave her house.

Says Yoon, "she lives in the world very differently than most people. Everything she does is tentative... it would have to be a pretty unique person that would get her, that she would fall in love with and take the risk that she does."

It's the risk that gives the novel its edge; frustrated with her condition and falling deeper in love with Olly, Maddie decides to break some of the rules that have been in place since she was an infant. To say more would be spoiling some of the book's best scenes, but suffice it to say that things don't exactly go smoothly.

"I really wanted to focus on strong female relationships, women who are there for each other."

"I feel like we’ve all been there," says Yoon. "We’ve had these really strong relationships... and they end or they change and it’s always very painful. So we wanted to explore the other side of it — we wanted to experience the loss of it, or the potential for the loss."

The "we" Yoon refers to includes her husband, David, who designed the illustrations that pepper many of the book's pages. An imaginative teen who's not exactly lacking in down time, Maddie is an avid journal-er, and her creations, from calendar countdowns to Hawaiian fish, are drawn in vivid detail. Yoon says that she always wanted to include Maddie's designs, but her lack of artistic skill presented an issue. Thankfully, David, who makes custom notebooks, was up for the challenge.

"It was four A.M., and I walked into our bedroom and woke him up, and asked, can you draw a fish for me?" Yoon recalls, chucking at the memory. "And he drew it!... that’s how it started. I would write, and think of these ideas for drawings, and I would draw stick figures, and he would make them beautiful."

David wasn't the only member of Yoon's family to play a part in the book's creation. Her daughter, now four, not only acted as its inspiration, but helped the author understand some of its most complex scenes. Yoon recalls watching her daughter experience things like water and beaches for the first time in order to get a sense for how Maddie, barely exposed to the world, would approach them; she also says their relationship — or the one she hoped to have later on — provided context for the one shared between Maddie and her mother.

"I really wanted to focus on strong female relationships, women who are there for each other," Yoon says. "So many times teenage girls get made fun of, or people say they only care about boys or stuff like that. I didn’t want that to be a part of this book. I wanted to say, women love each other and take care of each other, and teenage girls are worth taking care of and loving."

Fair representation was extremely important to Yoon, who's a member of the We Need Diverse Books campaign, an organization devoted to promoting diversity in children's literature. The parent of a biracial daughter, she wanted to feature a protagonist whose appearance wasn't that of the blonde-haired, blue-eyed girls so often featured in YA literature.

Still, Yoon didn't want Everything, Everything to be an "issue book," where a character's differences make up the core of the novel. She acknowledges that those books can be extremely important, but feels that novels where the characters just happen to be diverse are equally valuable.

"If you’re a kid who’s struggling and you find a book that helps you, that’s invaluable," Yoon says. "But I also think that non-issue books... are just as important. I’m interested in seeing both types of books out in the world."

Yoon became involved with We Need Diverse Books several years ago, and while she was hesitant at first ("I never join things," she laughs), she soon became an integral member of the team. A photo she posted of her family campaigning for diversity (above) went viral; currently, she's a member of the group's social media team.

"We can use those types of books," Yoon says, passionately. "[It's] important to my daughter’s future."

The author hopes that Everything, Everything will provide readers with an example of a book that presents diversity as a natural thing, and encourage the release of more books with narrators who are "different" in some way: race, ethnicity, sexual orientation, etc. And judging by the book's early success, it's hard to imagine that publishers won't be racing to find more novels following that formula.

Says Yoon, "I want to write the world as I want it to be."