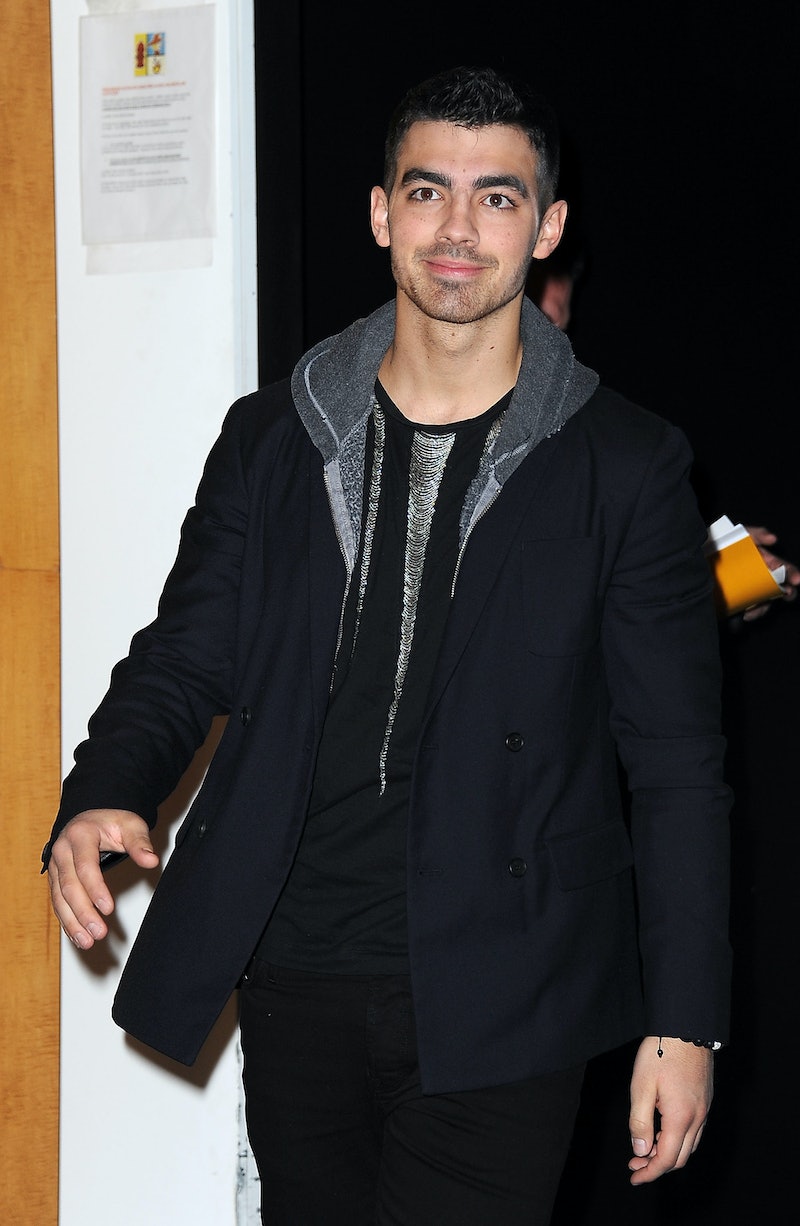 Every family has a lovable, eccentric weirdo. I should know, because I’m fairly certain I fill that role in my own family. And, as it turns out, apparently so does Joe Jonas in relation to his. What's that? How dare I call the debonair Jonas a weirdo? Well, I don't make such claims without the irrefutable proof to back it up. Joe Jonas has proven through his Instagram posts, that are equal parts bizarre and hilarious, that he's earned the apt title.

And that is so not a bad thing. Actually, it's a great thing. It means he isn't just one of those celebrities who lives to only post drab red carpet selfies. Dude's got a personality and it's such a refreshing, albeit sometimes curious, thing to see.

While you may have to do a double take at some of Jonas’ Instagrams, it’s never without a hearty laugh. Digesting his posts is like eating that really weird food you refused as a kid, but end up actually really enjoying. For instance, you may be having an awful morning commute, but then you scroll through your phone to a picture of Jonas with pizza emoji earrings and somehow you know everything is gunna be OK.

So, in honor of Jonas’ weirdly therapeutic humor, here are 13 photos that prove scrolling through his Insta can be the weirdest, but best, part of your day.

1. When He Seductively Ate A Burger Mid-Pose

In a suit that I'm sure costs more than my college education.

2. When He Best Identified With A 12-Year-Old Aaron Carter

After all, Aaron's party was and always will be, where it's at.

3. When He Saw Something & Said Something

DOWN WITH THE NOSE PICKERS.

4. When You Think He's Being Cute, But Then You Read The Caption

I love me some wordplay.

5. When He Personalized His Holiday Greeting

Unsettling, but it's the thought that counts.

I want a "My Shiny Teeth And Me" follow up.

7. When He Revealed The Year's Most Shocking Relationship News

Which is weird, because I've been in a committed relationship with M&M's since I got teeth, so...

8. When He Cried Emoji Tears Of Sorrow...

9. When He Supplied Us With This Unending Gift

Rest assured, your eyebrows were always on fleek, Joe.

10. When He Made Us Covet This Unusual Fashion

11. When He Pic-Stitched His Face But It Went Terribly Awry

I just have so many questions. First and foremost, how?

12. When He Appealed To Both Our Adult & 4th Grade Senses Of Humor

Because dirty jokes for the adult crowd are best delivered with a scowl.

13. When He Channeled The "Apparently Kid"

Apparently, that was pretty good. Though, admittedly, not as cute.

Keep on posting, Joe. The entertainment is truly endless.