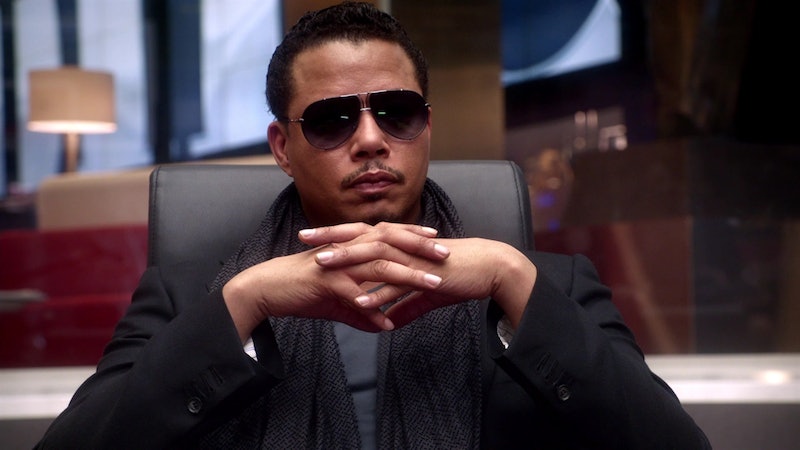 With Lucious in jail, and the company in shambles, I'm anxious to see what the second season of Fox's hip-hop drama Empire will bring. Lucious is a borderline psychopath, who can only see reason when things are going his way. He uses his ALS diagnosis as way to pit his sons against one another. He alienates his eldest son Andre, who is the only son qualified to run the company. His relationship with his middle son Jamal is rocky at best, because of Lucious' disgusting homophobia. Meanwhile, he's spoiled and indulged his youngest son Hakeem into a spoiled brat who barely knows right from wrong. Still, despite his terrifying demeanor Lucious Lyon on Empire is a huge reason why I tune in week after week.

Whether he's watching Cookie as she sashays away from him, or lecturing one of his sons, Lucious has never been afraid to let people know who is in charge. No matter what he has to do, or who he has to take down, the Lyon family patriarch has to come out on top in every single situation. Whether you love him or hate him, it's hard to deny that he's as much of a boss as his amazing ex-wife Cookie. In fact, here are nine quotes from Lucious that prove he is king.

1. "I can't make you love your mother, but you will respect her."

The youngest Lyon, Hakeem, is the least enthusiastic about his mother reappearing in his life. His anger runs deep, and he is rude and disrespectful to Cookie until his father steps in. In some ways, Lucious recognizes that his abandonment of Cookie played a role in Hakeem's feelings towards her.

2. "Dre, if you can't find the money for this, I really don't know what purpose you serve."

Though Andre has an MBA from UPenn, and has worked alongside his father for the majority of his life, Lucious refuses to give his eldest son the respect that he deserves. Above all, Lucious hates weakness, and he labels Andre as weak because of his bipolar disorder and his choice in spouse.

3. "I've been with a whole lot of women, Cookie, but I was always looking for you in them."

Cookie and Lucious have a ton of history together. Even after a 17 year separation, their chemistry in undeniable. However, Lucious has changed drastically in the time that Cookie was in prison. Unfortunately, his come-ons do work on Cookie, even if only for a short time.

4. "You have to understand, when a man in my position says 'please,' it means something… When a man like me says 'hear me out,' you hear me out, 'cause your life could depend on it."

Lucious never apologizes. However, once he realized that he may have lost Anika once and for all, he gives a feeble attempt at an apology. However, it's short-lived. Once Lucious realizes that he and Anika can never rekindle what they once had, he begins plotting to destroy everything she's worked for.

5. "If you kill me, everyone in this room would applaud."

What terrifies me about Lucious is the fact that he's very aware of what others think of him. And, yet, since he is solely committed to power, he has no desire to change his horrible behavior.

When Lucious archrival gloats to him about poaching Anika from Empire Entertainment, Lucious basically tells him that he could care less.

7. "You see son, sometimes you gotta be willing to sacrifice your queen in order to win the game"

Though Lucious was willing to take care of Cookie when she was released from prison, he sees her relationship with Malcolm as the ultimate betrayal. He sees the time she spent in jail as a necessary evil, and he would let her take the fall for him again if he had to.

Power can be a terrible thing. As Season 1 came to a close, Lucious was known his grandiose pronouncements. He killed his best friend, betrayed the women in his life, and nearly destroyed his sons — all for the sake of Empire Entertainment's IPO.

9. "The streets couldn't defeat me. Disease couldn't kill me. Even God can't kill me. The day will come when Lucious Lyon will return."

After he's arrested, Lucious becomes crazed with revenge. Though he's eventually dragged off by the police, it doesn't stop him form spewing this line. All I know is, I fear the day when he is released from prison, and you should as well. People with egos this big are a threat to everyone around them.