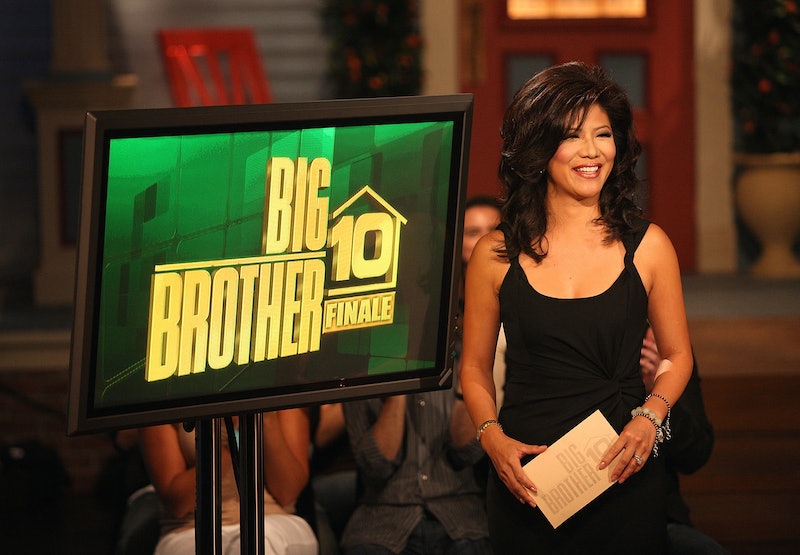 It is almost that time of year when I don't leave my apartment for an entire summer, and instead, get way too emotionally attached to Big Brother. The summer show never disappoints in the drama department as we watch a group of strangers move inside a house, cut-off from the outside world, as they battle to be the final houseguest standing next to Julie Chen at the end of the season. Big Brother 17 will return before you know it, and while I don't think we'll have any "social media moguls" in the house this year — does Taylor Swift's brother have a super active Twitter account? — there are a few things the fans of Big Brother are already discussing when it comes to "expecting the unexpected."

Big Brother is super secretive when it comes to any and all plot twists before the game begins. The cast members of the show have probably been notified by this point, and the producers will probably start sequestering houseguests — or what I consider to be a disconnection from everything they know and love — very soon. They'll then enter the hamster cage — erm, sorry — the Big Brother house for all of us to watch and enjoy. The 17th season of Big Brother will begin with a two-night premiere on June 24 and 25, when Julie Chen will introduce the houseguests to each other and the house. And if we're lucky, drama will start brewing ASAP.

So what can we expect from Big Brother this season? For a show that says "expect the unexpected," it's kind of difficult to tell. But, that doesn't mean Big Brother fans haven't started speculating what could be in store. Here are a few theories as to what Big Brother 17 might include.

A Season Of Recruits

Some fans of the show are thinking Season 17 could be a season with a lot of recruited houseguests, meaning, they didn't stand in line and make videos to apply to be on the show. Which really means, they're not diehard Big Brother fans. And for some Big Brother fans, someone who doesn't know the show is like a stab in the heart. I wouldn't be completely against recruits, as long as it isn't a season of floaters.

Battle Of The Block? Again?

It was fine for one season, but hopefully Battle of the Block is left in the Big Brother 16 house with Cody Calafiore's shirt — What? Who said that? Some fans think that the two night premiere could hint at an HOH competition on night one, and then a BOB competition on night two. Let's hope not.

Here's another thing that could potentially happen: veterans from past seasons of Big Brother return to compete again. I have a strong viewpoint on veteran houseguests and it is this: If you're going to bring old houseguests back, make it an all-star season. When houseguests from the past return, they've got huge targets on their backs because they've already done it before.

This is something Survivor does really well, but I'm not sure combining fans and all-stars would be the best situation on Big Brother. On Survivor, there are teams, so people are forced to align with certain players that are accessible to them. In Big Brother, it would probably be an even cut down the middle of all-stars aligning with each other, and fans trying to align with all-stars who don't want a newb on their side. Plus, Frankie Grande is going on tour this summer, so it wouldn't even be a real all-stars season without him?