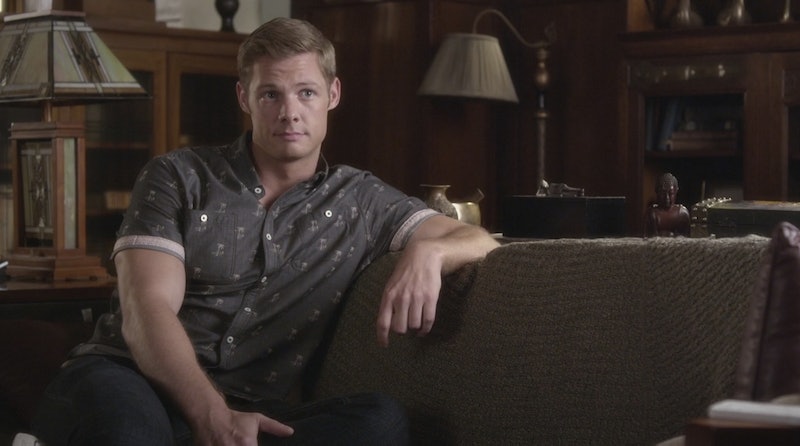 The police seem to think so, considering they're under the impression that Andrew "has been obsessed with the girl since Alison disappearance." And, well, there is the fact that his last name is Andrew Campbell, which connects him to the Campbell Farm where Tanner and Toby found all of that surveillance equipment in the Season 5B finale. If Andrew is really "on the run" like the police suspect, it's entirely possible that he's been holed up in the dollhouse with the Liars since PLL revealed that he'd tapped the Hastings' phone lines. And, even if he's not in the dollhouse, the fact that he's missing at all is INCREDIBLY suspicious.

It's seeming more and more likely — even after being potentially spotted during the press conference at the start of the premiere — that Andrew could be Charles. The episode revealed that Tanner might have her hands on some seriously disturbing evidence that links Andrew to the dollhouse or, at least, to the torture the Liars have faced since Season 1 in the form of a journal. We see Tanner, along with an evidence file with Andrew's name on it, reading a journal that says, "I fantasize about hearing them scream." Now, that could mean anyone, I suppose, but isn't that exactly the type of fantasy Charles is acting out in the dollhouse?

The pieces that confirm Andrew's Big A identity are starting to fall into place, but could it really be him? Considering we've only just survived the Season 6 premiere and there are two full seasons ahead of us, it's not promising that Toby and Tanner are saying that Andrew is Charles out loud. Because, if he really were Charles, we'd have to work SO much harder for that answer — this is Pretty Little Liars, after all.