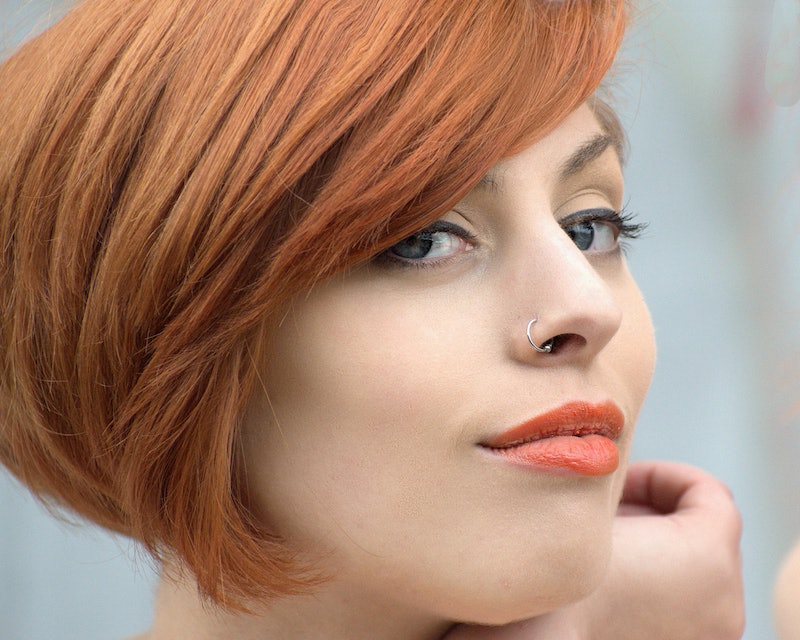 But wait! Wait, wait, wait! Adding a third person to your sexual encounters is about way more than one more body to have fun with. The added emotions, concerns, and potential problems are increased by much more than a factor of one when you decide to add one more. Two people dealing with each other is hard enough but when there’s a third, things get crazy complicated, fast.

Be friends with lots of hot, open people and eventually things will happen. Unfortunately too many people (particularly women, I find) still believe in the myth of spontaneity. With the devil's three way (MMF) it's fine, dudes don't mind a little planning.

Planned or unplanned, it's important the couple has talked about this beforehand and if one of them doesn't feel it, than its a no-go. Couples in three ways need to have a lot of trust and stability. That is at least my impression but then, I'm a tiny bit of a cuck-queen. I don't mind if I get less attention during the ménage a trios.

Helps if all parties involved have clear communication beforehand and a strong heart connection.... Open hearts can clear the way for amazing sensual adventures.

I love being in the middle of a couple. I have the “naked on the bed talk” before play starts. I talk about everyone's boundaries before play. I also remind everyone that we are all human with feelings. Feelings that can mysteriously pop up when least expected. I reinforce that if at anytime it's not fun or uncomfortable, we stop. I even have this talk with couples I have played with before. Clear consent and respecting boundaries is very important.

Guys- if you want a MFF, be willing to have a MMF.

If there are multiple dudes, expect at least one to not be able to keep it up.

Don't be drunk. Don't be in high school. It's tricky at the best of time and requires a level of maturity that isn't really present at that time. Communication is key.

I have had seven FMF threesomes. The best ones have not been with an existing M/F couple. They've been with girlfriends with a random man.

I have had 10+ threesomes and have also dabbled in polyamory (FMF), Make sure you pay both people involved enough attention (50/50). Also - if you’re touching the guy, touch the other girl involved. Don't make anyone feel left out unless someone asks to watch.

Use one hand for each person. If there are two holes involved then use two female condoms. Then you don't have to keep switching up your condoms and you can just go back and forth.

Consider negotiating several encounters so that within each version there is a "star" to be the central focus. It can really take the pressure off trying to keep everyone going at the same time all the time (plus being the spoiled focal point is really fun!).

I agree about the fairness aspect. Especially, if you are in an established relationship, do not give into the temptation to lavish attention on the new partner and ignore the standing partner. This is the huge mistake I have seen too often. If you use your skills and familiarity with your current partner, it can be impressive to the new partner, break the ice in a whole lot of ways (like upping the orgasm count), and increasing your own confidence. Worst case when you glom onto the new partner and ignore the existing partner is both of them knowing you are a dick. Also, communicate about what each of you like and might want — this is not the best time to wing it or have a lot of assumptions. And last, keep it light — makes it so much easier when things are all in good fun!

I had a threesome with two guys (no sex - just other things) and then a girl and a guy I was involved with. The second really bothered me. Jealousy is not something I am used to. I think if you're with someone, set the rules first. If you don't want your bf to penetrate another girl in front of you, but you're ok with oral and all that, then say so before push comes to shove! With the two guys, it was nice to try it out because there was no sex involved....I recommend working your way up to sex gradually and learn your limits.

I've had maybe 20 threesomes at this point? Some repeats so maybe more. I like group play. Most of the time it's been with my current partner, but twice with men I was dating and other women, a few times with other couples, and a few times with two people were not romantically involved. Everyone says communication is key and yep, that's pretty important. If your partner is a party, they get the convo first. Ask questions and listen: are you interested in this third? Do you want to be the star? Would you prefer to watch a lot from the sidelines? Which acts are you looking forward to? What do you want to do with them tonight? Sex? Just cuddling? Not sure?

Never go into an encounter expecting sex as a given, expect just a pleasant night of chit chat which may end in a great surprise, but I find folks who push too fast too soon, especially men in an M/F couple when I've been the unicorn, to be a turn off. On the other side of that: we've had many unicorns be pleasantly surprised that we were interested in spending time with them and getting to know them even when they were too tired or under the weather for getting down.

Ask the third: Have you done this before? What do you like about it? Do you have questions about us? Is there anything you particularly like or dislike? What is off limits?

Affirm that anyone can stop the action at any point and you can rub each others' backs and check in. For couples, try to spend equal time making both the newcomer and your partner feel sexy and special.

And for goodness' sake, don't just radiate out "please leave now" vibes at the third after the sex is over. Offer hospitality: food, water, a place to crash, hugs. Someone just shared themselves in a very intimate way, the very least you can do is treat them with kindness and consideration. I've found that showering everyone with smiles and compliments encourages the participants to feel safe and cut loose!

Only do it if you really want to, not to make someone else happy. Make sure they guy(s) aren't too drunk so that its not a sloppy let-down.

More like this
7 Women Share Their Best Orgasm Stories
By Lexi Inks
The Best Time To Date After A Breakup, According To Experts
By Bustle Editors
How Do I Deal With Both ED & Premature Ejaculation?
By Sophia Benoit
Are Quality Time & Physical Touch Love Languages Compatible?
By Lexi Inks
Get Even More From Bustle — Sign Up For The Newsletter