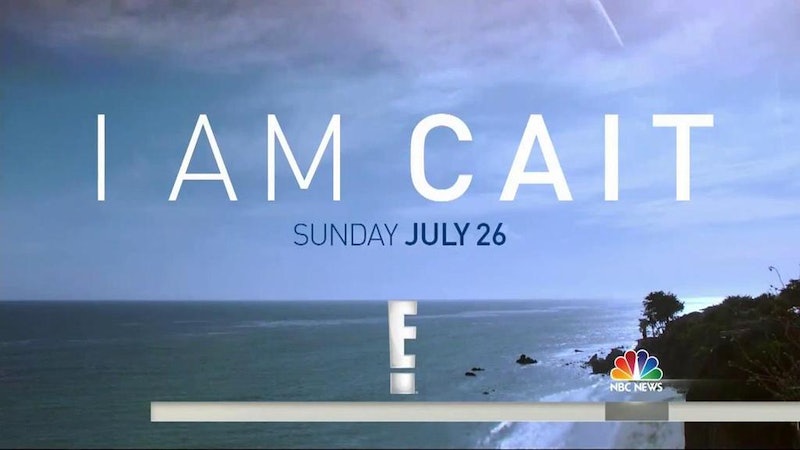 Ever since the world finally got to see Caitlyn Jenner's Vanity Fair cover, and the story that allowed her to introduce herself to the world on her own terms, I, for one, have been excited for the upcoming docu-series that would take us further into Jenner's journey. The docu-series will be called I Am Cait , and the first promo for the series was released on the TODAY Show on Wednesday morning. In the exclusive promo, Jenner is shown applying her makeup and preparing for the day while she reflects on life in general, and on herself in particular, before the title card announces the show title and the release date: Sunday, July 26. I think I know where I'll be when the first episode debuts, don't you?

According to the original press release for the series:

The series will tell Bruce’s intimate story and will join him as he seeks out his “new normal.” Living for the first time as the person he feels he was born to be, the docuseries will also explore what Bruce’s transition means for the people in his life and how those relationships are affected, while offering a better understanding of many of life’s challenges. The eight-part, one-hour series will premiere Sunday, July 26 at 9:00pm on E! and will also air on the E! channels internationally.

"How many people go through and just waste an entire life because they never deal with themselves, to be who they are?" Jenner says in the promo. "You go through all this stuff, and you start learning kind of the pressure that women are under all the time about their appearance." Then, later, as she's driving through the city, she reflects on her new freedom. "Isn't it great that maybe someday you'll be normal? Just blend into society?" When her passenger insists that she is normal, she responds, "Put it this way, I'm the new normal."

Check out the promo below, and try not to cry.

EDITOR'S NOTE: For the sake of accuracy, we're publishing E!'s statement about Jenner's upcoming docu-series with the language they used. Bustle will continue referring to Jenner using only her chosen name, Caitlyn, and female pronouns in accordance with her stated identity.