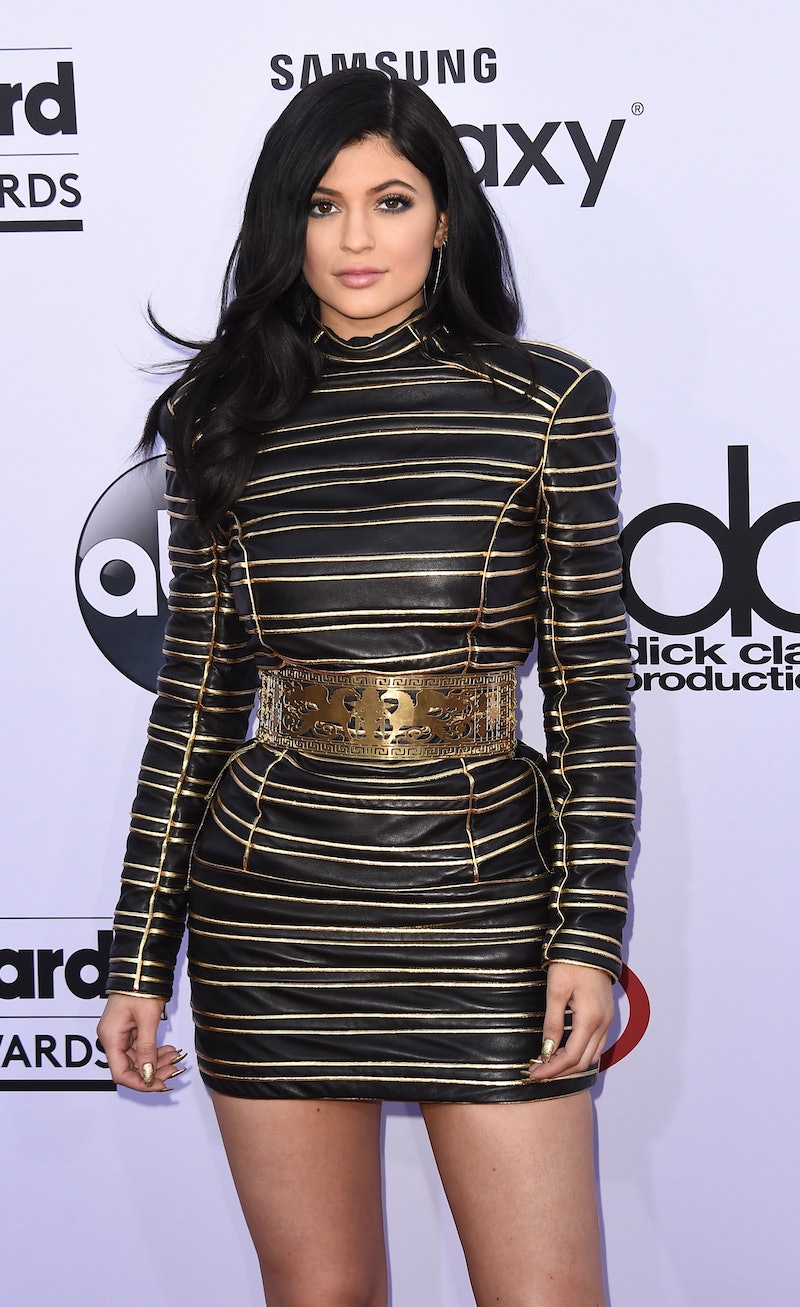 Even though she's the youngest sibling in her family, Kylie Jenner never played the "baby" sister, and always made the effort to blaze her own trail. That didn't just start with her lip makeup and Instagram fame. Sure, her emergence as a modern beauty guru is the latest way she's proven that she's unique among her siblings, but Kylie Jenner is the most independent Kardashian, and has always held her own position. Ever since Keeping Up With the Kardashians premiered in 2007, Kylie's always stood out, even when she was just a ten year old.

Kylie's appearances on the earlier seasons of KUWTK were mostly limited to her trying to tag along with her older sister and half-sisters as they bickered and traded clothes. But, usually pushed aside, Kylie started to go out and do things on her own, and acted out in ways that seemed rebellious, but ultimately were clues to where she'd eventually find success, like her early love of makeup. And, while Kris continued to favor her older daughters, and eventually Kendall, with her modeling potential, at first, Kylie was jealous, but then? She went back to doing things her own way, eventually also entering the fashion world. And, every minute of her preteen enthusiasm, adolescent angst, and her development as a full grown businesswoman and representative of the Kardashian-Jenner brand were captured on Keeping Up With the Kardashians.

1. When She Experimented With Makeup

One time, Kylie showed up to a family dinner wearing bright makeup and dramatic hair while she was still in middle school. She fought a losing battle that night, but it foreshadowed the success she would have as a social media beauty icon.

2. When She Risked Getting In Major Trouble For Pizza

This family, with their "rules" failed to realize why twelve-year-old Kylie brought that tiny Justin Bieber-lookalike into her room: To order two pizzas. Worth it.

3. When She Pole Danced

One of the true WTF moments of early Keeping Up With the Kardashians. But it just proved she surely isn't afraid to step outside her comfort zone.

4. When She Pointed Out Kris' Favoritism

When Kylie called out Kris for jumping on Kendall's modeling career as her next Momager project, it could be interpreted as just jealousy — but she was totally right! While everyone in the family seemingly just lets Kris do whatever she wants, Kylie stuck up for all of the kids, not just Kris' favorite business projects.

5. When She Opened Beer Without An Opener

Who knows where she picked that up, as she's still not 21 and therefore should have never even tasted beer. Probably because she's somehow comes across as the most worldly member of the family despite literally being the youngest.

6. When She Knew How To Sweet-Talk Kris

When Kris started chewing out Kendall and Kylie for rearranging some furniture, Kendall immediately tried to be reasonable, explaining why they moved everything. But Kylie, smartly, just started complimenting Kris' sense of style. Because, of course, all anyone in the Kardashian-Jenner clan wants is validation from Kylie that they're cool, and it kept Kris from blowing up at them.

7. When She Became A Full-Blown Modeling Scout At Fifteen

Yeah, yeah, this clip is supposedly all about Kendall's shyness, but let's focus on how well Kylie adjusted to working for Seventeen Magazine as a fashion consultant. Most teenagers would be shy in that position, especially if they had to talk to models, but Kylie is the exception.

8. When She Didn't Care About Being Left Out

When Kendall freaked out during the Greek trip from Season 8, note that Kylie didn't need to be catered to the entire time.

9. When She Kinda Sorta Ditched Kendall

And later in that season, Kylie spends way more time hanging out with her friends outside the family, much to Kendall's annoyance. But, can you imagine the commitment of being in that big family? I'd want to get out on my own, too.

10. When She Cut And Dyed Her Hair

When you think of the typical "Kardashian look," I know what you imagine: long extensions, platform heels, and bodycon. But, Kylie has never followed in her older sisters' fashion footsteps. And, when she cut her waist-length hair and dyed the tips blue, it hammered that point home.

11. When She Wouldn't Let Kim Onto Her Tumblr

Kim, desperate to recapture her youthful coolness, became obsessed with getting mentioned on Kylie's popular Tumblr. Who cared what the Alpha-dashian has to say about it? Kylie's Tumblr is Kylie's alone!

12. When She Went Skydiving With Caitlyn

Following Caitlyn Jenner's Vanity Fair cover, E! released this clip of Caitlyn and Kylie going indoor skydiving from last season. Caitlyn is always trying to convince her kids to do daredevil-y stunts (like go kart racing in the earlier season), and it looks like Kylie is carrying on the tradition.

13. When She Ignored Possible Judgement And Eventually Admitted To Lip Fillers

This happened just a few months ago — so Kylie hasn't stopped being the most independent member of her family. Owning up to something is not just an example of guts, it's also an example of what being a role model really is. Since she's been open about her discomfort with the focus on what's "real" and what isn't when it comes to her distinct lip look, choosing to share helps draw the line between a look that can be easily emulated at home and something that should be administered by pros, like lip fillers.

As audiences have seen since Season 1 of Keeping Up With the Kardashians, Kylie Jenner is by far the hardest member of the family to pin down, and I can't wait to see what she does next.