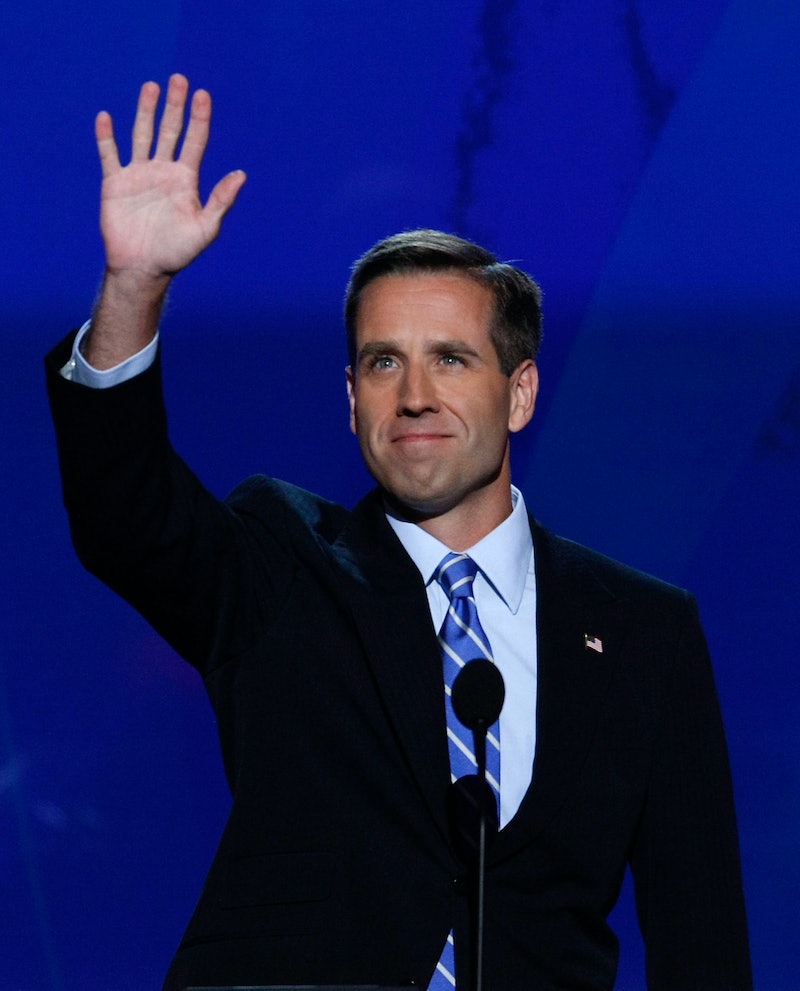 On Saturday, some terrible news befell the so-called Second Family of the United States: the son of Vice President Joe Biden, and Attorney General of the state of Delaware, Beau Biden died due to brain cancer at age 46. The news came as an awful shock, and elicited an outpouring of condolences directed at the Biden family, from Joe's colleagues and political opponents alike. And there will be an appropriately solemn service in Beau's memory, by all accounts — Beau Biden's funeral will be held in Delaware on Saturday.

Here are the details about Beau Biden's funeral that are available so far, as detailed by USA Today: he'll be memorialized in a Catholic mass on Saturday, June 6, at St. Anthony of Padua Church in Wilmington, Delaware, at 10:30 a.m. EST. There will also be a public viewing on Thursday, in advance of the funeral, held at Legislative Hall, the Delaware state capitol building, in Dover.

There's no telling for a certainty who will be in attendance, but owing to the high-profile of the Biden family, Beau's accomplishments as a widely-known public servant, an Iraq War veteran, and a family man, you can bet it'll be a stirring and well-attended service.

One very prominent person certain to be in attendance, however, is President Barack Obama. He'll be delivering a eulogy, and it'll no doubt be an emotional experience for him, having lived and worked so closely with the Biden family for the last several years. After Beau's death, the Obama family released a statement mourning his passing, and the Biden family remembered him as "quite simply, the finest man any of us have ever known."

This is the second time in Joe Biden's life that he's endured the loss of a child, as his one-year-old daughter and first wife fell victim to a car crash just prior to the Christmas holiday in 1972, weeks after he won his first Senate race — in other words, he's already dealt with far more than a lifetime's worth of familial tragedy.

He spoke about this experience, and about the wrenching despair it caused him, in an incredibly moving speech at the Tragedy Assistance Program for Survivors (TAPS) in 2012, and as detailed by The Washington Post, he promised the assembled crowd that someday, the memory of their lost loved ones would bring out a smile.

There will come a day, I promise you and your parents, as well, when the thought of your son or daughter or your husband or wife brings a smile to your lips before it brings a tear to your eye. It will happen. My prayer for you is that day will come sooner or later. But the only thing I have more experience than you in is this: I’m telling you it will come.