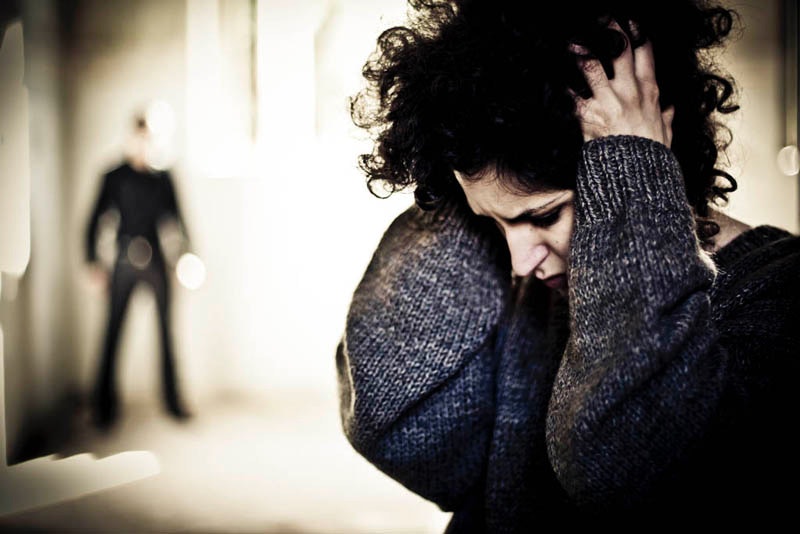 The concept of a trigger warning is familiar to anybody who spends time in the feminist blogosphere or on Tumblr, but outside of that, it requires a little explanation. Triggers, named after gun-triggers, are the technical term for circumstances that may cause people who've suffered past serious trauma — anything from a life-threatening event to sexual assault or emotional abuse — to recall or revisit that trauma. Triggers can be anything: sights, sounds, smells, places, events — and if you aren't adequately warned or if they're unexpected, you become triggered. And what happens next is not fun, both for the person experiencing it and for anybody who loves and cares for them.

I have had some bad sh*t happen to me in my life, and consequently, I have triggers. Like many people in my situation, they can appear out of nowhere. I avoid the ones I can (and trigger warnings are important for me to make those choices), but there are occasions — a place, a film, even a voice — that plunge me right back into traumatic experience. Triggers set off flashbacks, effectively re-traumatizing the sufferer all over again. Every emotion I felt at the time, I feel again, as strongly as the first go-around.

There's been a recent backlash against trigger warnings as too widespread, and "coddling" people over offensive content — but the realities of severe trauma, and the havoc that an unexpected trigger can cause, are not to be taken lightly. Here's how to cope if a friend is triggered and help them get over the fallout.

1. Understand what triggers are in the first place.

The diversity of triggers can mean that they seem incredibly hard to pin down, even for the person experiencing them. Their particular triggers depend on their experience and the kind of trauma they went through, but it's also an incredibly personal and sometimes strangely random thing. Male survivors of childhood sexual abuse have reported triggers as diverse as an angry remark, the smell of cigarette smoke, and a wallpaper pattern. It's all what the traumatized brain ties to its experience.

So it's not going to be as simple as seeing a person who hurt them on the street, or avoiding car crashes if they were in a car crash. (Though both are good starts.)

2. Don't tell them they're exaggerating or doing it for attention.

Being triggered is a deeply horrible, bodily feeling. You can feel fundamentally unsafe, threatened, as if you're going to die — even if you manage to keep things together on the surface, it's not pleasant. Traumatized individuals have likely been dealing with these problems in one way or another since the trauma, and it's important that you validate these feelings and reassure them that, while the trauma itself isn't happening any more, you believe that they're suffering.

3. Get them out of the situation as quickly as possible.

This one's not particularly difficult: if you notice signs of severe distress and panic, or if your friend has alerted you that they've been triggered, get them out and away from whatever is causing the problem, as soon as possible. Just leaving the room or building is probably enough, but they may need your help, so take them someplace safe, whatever that means to them — whether it's an enclosed space or the open air.

4. Reassure them that they are safe.

Being triggered feels real. No matter how much your rational brain knows that it's not happening any more and that you're safe, the traumatized part insists on dissociating, and making it seem as vibrant as that sandwich you're eating right now. It's bizarre, and having somebody to talk them down — to reassure them that it's all OK, that nobody is going to hurt them, and that whatever caused the problem is gone — will go a long way.

People with PTSD or past traumatic experiences aren't lunatics. Their brains aren't badly wired and they aren't weak. The occurrence of trauma changed the structure of their brain, making it vulnerable to certain stimuli, probably because our memories are hugely sensory in nature (it may also come down to certain genes and how they create fear memories). But it doesn't compare to an ordinary "bad memory".

Breathing during and after a triggering episode is very important for restoring the body's equilibrium, particularly if the response has been heavily emotional and aggressive or very panicky. PTSD sufferers in treatment are often taught to control and slow their breathing to reduce anxiety and heart rate.

7. Fetch them water and some food.

Caring for a person during and after a trigger can actually be pretty basic: food and water are absolutely necessary. The response has probably depleted them significantly and exhausted their body, so more fuel is necessary to raise their blood sugar. They'll also likely be dehydrated, so get them water.

8. Let them have the reaction they need.

Don't try to suppress the emotions of the person who's been triggered, even if they're inconvenient. They need to have the space to get through this, and not be made to feel bad about it. Triggered people often feel guilt or anger at themselves afterwards, so don't contribute to that cycle of thought.

Trigger responses come in all shapes and sizes. Being triggered might make you inexplicably angry, aggressive, panicky, terrified, depressed — it can run the gamut, depending on what happened and what the trigger was. Your friend may end up cowering in a corner, beset by the fight-or-flight response of a serious panic attack, or they may be furious or upset.

10. Know that trigger responses can last for a while.

Severe trigger responses have a fallout. After a bad trigger, I generally suffer from lethal depression for a week. The body has basically put itself through the trauma all over again, and has all the symptoms of that: exhaustion, stress, distrust, avoidance, irritability, isolation, and guilt. Know that just because the immediate triggering has gone away, the after-effects won't.

11. Don't do exposure therapy unless a medical professional tells you to.

You may have read that exposure to various triggers in a controlled environment is a way to help traumatized people overcome their pain. There's a lot of evidence for this, but if your friend went through a serious traumatic event, they'll need professional help to pace themselves through the exposure process. Don't expose them to stuff that might trigger them, even if you think it'll be helpful (or just want them to be "normal" again).

More like this
This Psychological Effect Might Be Keeping You From Hitting Your Goals
By Lexi Inks
The 5 Best SLS-Free Toothpastes, According To Dentists
By Amy Biggart and Danielle Calma
Here’s Your Daily Horoscope For October 3, 2022
By Mecca Woods
How To Turn Your Small Living Room Into A Cozy Nook For The Holidays
By Jessica Goodman
Get Even More From Bustle — Sign Up For The Newsletter