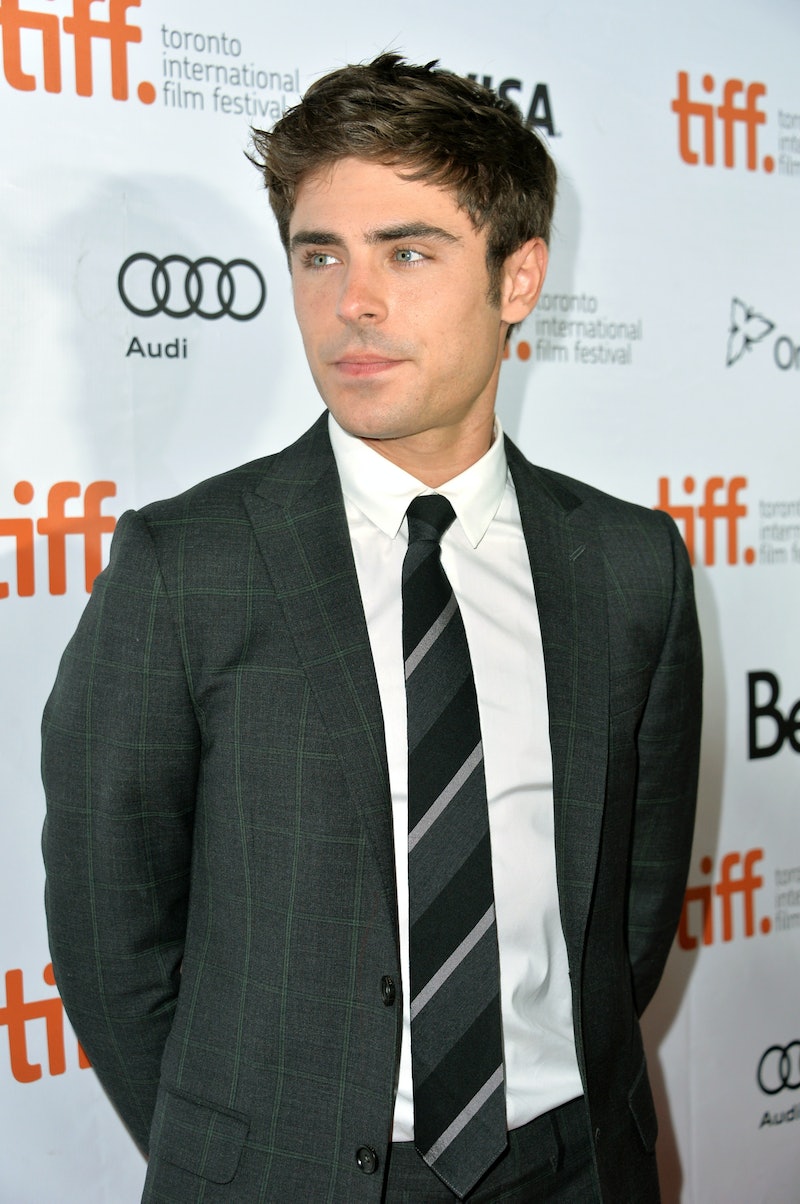 Aww, this just makes me want to pat him on the head and give him a hug, or something. According to the New York Daily News, Zac Efron broke his jaw this past Sunday when he slipped in a puddle of water outside of his LA home. Yikes and ouch — apparently he suffered an unspecified injury to his face that required stitches as well, but "is expected to make a full recovery." If you thought your weekend was bad, rest assured, Zac Efron's was probably much worse.

As a result of the injury, Efron has had to have his jaw wired shut to allow the fracture to heal, meaning that any upcoming press appearances he had scheduled for his upcoming film, That Awkward Moment , have been postponed for the time being.

According to News.com.au, he'll also have to be on a liquid diet and won't be able to brush his teeth for a few weeks while he recovers — I know you guys were all dying to know that tidbit of information.

At the very least, Efron does have something to look forward to: That Awkward Moment, the rom com he did with Imogen Poots and Fruitvale Station star Michael B. Jordan, is set to be released on Jan. 31, 2014.