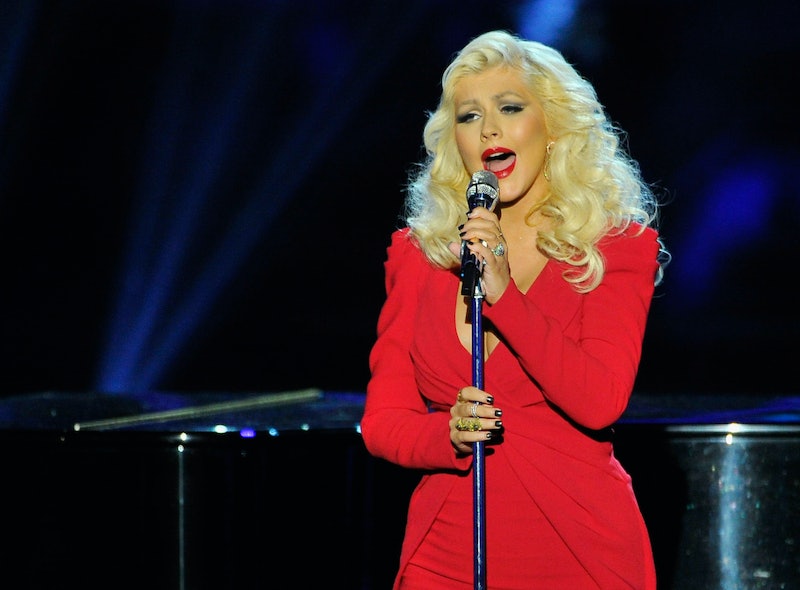 Believe it or not, Thursday marks the fifth anniversary of Christina Aguilera's sixth studio album, Bionic . Though it wasn't as commercially successful as Aguilera's past projects, the sprawling 18-track collection — which was inspired by a variety of genres ranging from hip-hop to electronica — is often cited as a fan favorite. While Bionic isn't my favorite Aguilera album (what can I say, I have a soft spot for Stripped), I really appreciate the now 34-year-old artist's willingness to experiment with different sounds on the record. Additionally, I think Bionic gave us one of Aguilera's best songs to date: "You Lost Me."

Co-written by Australian singer-songwriter Sia Furler (before she blew up big), “You Lost Me” is a stunning ballad that finds Aguilera singing to an unfaithful partner. Of course, infidelity has been the focus of many emotional pop songs over the years — but rarely has the fallout from an affair been explored as powerfully (or as sharply) as it is in “You Lost Me.” The track's lyrics say so much in so few words. On the first verse and pre-chorus, Aguilera sings:

I am done, smoking gun

We've lost it all, the love is gone

She has won, now it's no fun

We've lost it all, the love is gone

And we had magic

And this is tragic

You couldn't keep your hands to yourself

The chorus is absolutely heartbreaking:

And somehow you left me neglected

We've found our lives've been changed

Babe, you lost me

Oh, and there's a surprisingly good dance remix, too:

So, on this day, Bionic's fifth anniversary, please take a moment to remember (or introduce yourself to) "You Lost Me." In addition to its brilliant writing, in my opinion, the song features one of Aguilera's most dynamic and honest vocal performances. It's a gem.

That being said... can we have some new music now, Xtina? Please?