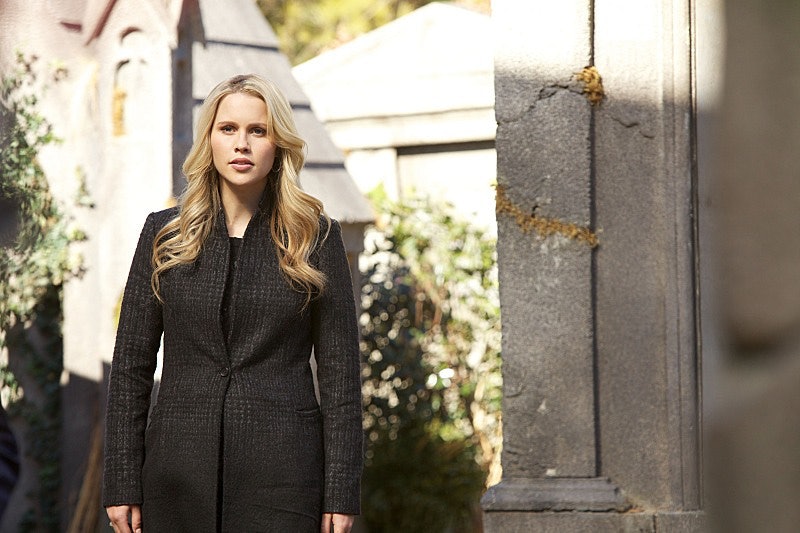 It takes a lot for a spin-off to be able to stand alone on its own two feet without feeling constantly overshadowed by its predecessor. And yet, The Originals CW series somehow managed to compel us into loving it pretty much right from the start. Why is that, do you suppose? Well, apart from top-notch storytelling, the characters themselves have truly brought this TVD spin-off to life. The Mikaelson family became a huge and riveting part of our vampire culture, thanks to their villainous (yet lovable) roles and the talented actors that portrayed them. And, while I love each of them in their own unique way, it's Claire Holt's portrayal of Rebekah Mikaelson that will always and forever hold a special place in my heart.

Not only is she the sassiest vampire I know (not that I really hang out with vampires much, but you get the idea), she's also come up with some pretty great sarcastic retorts that rival even that of Damon Salvatore. This girl knows how to put both humans and immortals in their place if the situation calls for it. So, just in case you needed yet another reason to have complete and total admiration for this character, here are some of Rebekah's best comebacks that proves this lady vamp is the queen of badass sass.

1. When She Laughed In The Face Of Stupidity

It's the perfect response to help bring your foes down a peg or two.

2. When She Just DNGAF

She may be immortal, but that doesn't mean she has time to listen to nonsense.

3. When She Doled Out This Hard Truth To TVD's MVP

I love Elena, but she does have the tendency to think that everything revolves around her. (Probably because most of the time it does.) So, it was great to see Beks slip this coy little line in and remind all of us that Elena isn't the only female character we should be rooting for.

4. When She Didn't Let Boys Push Her Around

No one is more fierce that this lady. No one.

5. When She Called Out Gender Stereotypes

6. When She Channeled Her Inner-Cookie By Throwing Her Shoe

Along with some much-needed shade.

7. When She Dealt With Her Haters

8. When Her Burns Contained Literary References

9. When She Refused To Indulge In Her Brother's Narcissism

This was right after he told her to tell him how handsome he looked. So good, right? And, it's the perfect comeback to use against any of your own siblings.

10. When She Refused To Discuss Trivial Matters

11. When This Man Needed A Lesson In Manners

Bow down to the queen of sass!