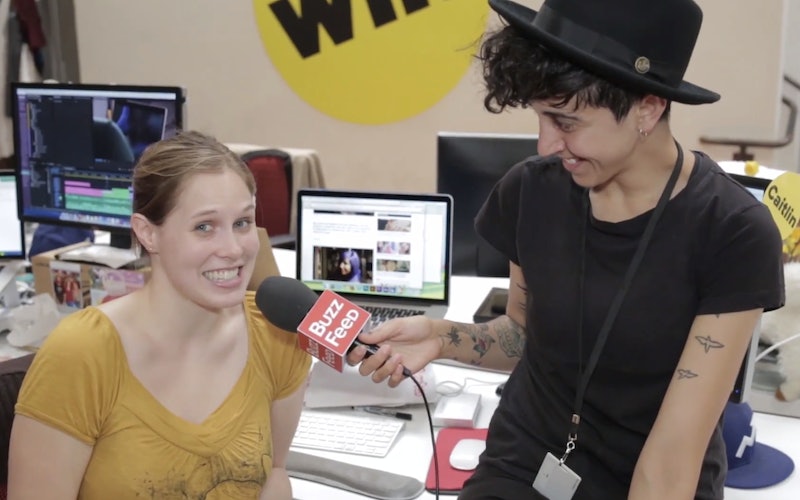 It's almost like some unspoken lie we all willingly choose to perpetuate in our own lives: Each and every single one of us refuses to quickly identify their own accent. Instead we insist we don't have an accent. Clearly this could not be true since even in the continental U.S., there's a huge spread of regional accents. Some might even argue different sections within the same city have minute differences in twang. Even though Americans enthusiastically mock Iggy Azalea and her Aussie accent, when Americans try using an Australian accent sans rapper reference, they kinda flounder.

I can understand why this Australian BuzzFeed employee wants to hear Americans' honest stabs at nailing her native accent. When traveling abroad or frequently hosting foreign travelers through Couchsurfing, I took delirious delight in hearing non-Americans try on the American accent for size. Usually it swam in territories ranging in the Southern redneck and California Valley Girl realms. It of course sounded ridiculous and unconvincing, but that's because I'm from America and my ear is tuned for such subtle nuances. I imagine it must be a similar exploration for this reporter quizzing coworkers in a similar test. I mean, honestly, it seemed tough enough to even get someone to slack a straight enough face to even try. It's a little humiliating, for sure—something I wouldn't be stoked to take on in front of a camera:

Yep. I get it. Fully. Here's a slew of Americans attempted to throw some shrimps on the barbie or whatever it is we stereotype Australians as doing:

It probably highlights my own glorification of and attraction to non-Americans that when one tries an American accent, I immediately find them less hot or smart or funny or whatever. Maybe that's something I should work on. But that's a personal problem. Here's some other folks trying on foreign accents for size:

When not supplied with a script for trying said accent, it's quite illuminating what these people choose to say as stereotypical American comments/assertions. Apparently we love Friends and the mall. Clearly we are still in the '90s but no complaints here.

Holy maple leaf. These Canadian attempts are just what I needed this Friday morning. TGIF indeed.

Kids, never much highly regarded for their ability to lie convincingly. I feel like it all makes sense now. And we Americans sound super gross.

More like this
Expert-Approved Hacks For Packing A Carry On
By Jessica Goodman
The 12 Best Road Trip Accessories
By Megan Gray
Your Daily Horoscope For August 10, 2022
By Mecca Woods
Samsung Just Dropped 2 New Foldable Smartphones
By Michelle Toglia
Get Even More From Bustle — Sign Up For The Newsletter