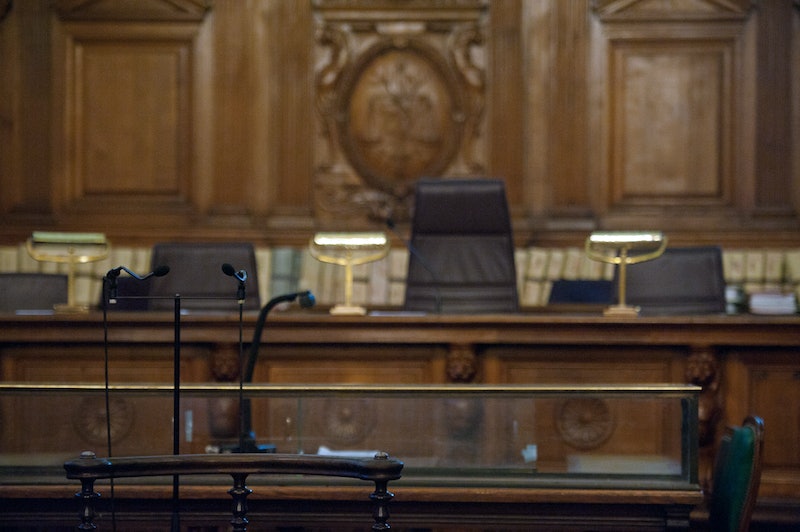 There was another sentencing in Massachusetts on Friday related to the 2013 Boston Marathon bombing, but this time it wasn't a perpetrator — Dzhokhar Tsarnaev's friend Azamat Tazhayakov was sentenced to 42 months in prison for obstruction of justice. Tazhayakov was one of two friends of the convicted Boston bomber who were ultimately tried and sentenced for conspiring to help cover up their friend's grisly deeds, along with Dias Kadyrbayev, who pleaded guilty last year and received a six-year prison sentence last week.

In the end, Tazhayakov got an assist from federal prosecutors, who opted to pursue a lesser sentence than they could have. He was not (nor was Kadyrhayev) charged with having any knowledge about the attacks, or having in any way facilitated the destruction that occurred, but rather with removing a backpack from Tsarnaev's dorm room in an attempt to stymie the investigation. As The Wall Street Journal notes, the prosecutors' decision to go for a sentence of 3+ years was rooted in Tazhayakov's subsequent cooperation with the investigation, and his willingness to have testified against Tsarnaev. After the sentence was announced, Tazhayakov delivered some tearful remarks, according to the Boston Globe.

I don’t support an extremist. I don’t support any Muslim radicalism. It makes me sick what he did on April 15. I hope you deem the time I served as appropriate punishment. Thank you for a fair trial.

Tsarnaev and Tazhayakov shared a common experience in their early lives — both were natives of foreign nations (Tsarnaev was born in Krygyzstan, Tazhayakov in Kazahkstan) who ultimately found themselves living in the United States and pursuing higher education. Tsarnaev, however, abandoned any pretense of these pursuits when he and his brother set off a pressure cooker bomb at the 2013 Boston Marathon's finish line, killing three people and wounding hundreds more.

As detailed by ABC News, one of the jurors who convicted Tazhayakov, David Archibald, voiced displeasure at the relatively short prison term, insisting that Tazhayakov "got off easy." Archibald believes that the young man's deception could have needlessly cost MIT police officer Sean Collier his life — Collier was killed in the course of the chaotic manhunt for the Tsarnaev brothers.

Tazhayakov is not the last friend of Tsarnaev's who'll be sentenced for impeding the investigation, either, as 21-year-old Robel Phillipos will soon face sentencing, having been convicted for making false statements to investigators. He's got at least one prominent voice in his corner — former Massachusetts governor and 1988 Democratic presidential nominee Michael Dukakis, who wrote a letter pleading for leniency on Friday — but whether that will help at all is still too early to say.