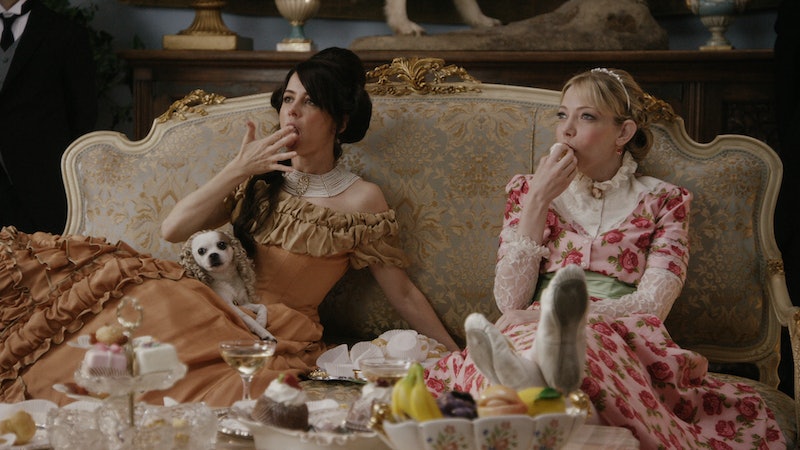 If you haven't heard of the Bechdel test, it's pretty life-changing. Developed by comic Alison Bechdel, the test is a simple one. It puts movies in the hot seat to determine just how chock full of men they are. The criteria for passing the test are surprisingly simple. First, does the movie have at least two women in it? Second, do those two women talk to each other? Third, when they talk to each other, do those two women talk about something other than men? Easy, right? Except, hold on. Once you know these criteria, it's waaaaay more difficult to find a movie that passes the test than you'd think. Thankfully, there are some summer television shows that pass the Bechdel test, giving me hope for the television landscape.

The Bechdel test is a pretty big wakeup call, really, and can be a good way to turn a critical eye on what you are watching. Even though, sadly many movies fail the test, and, thus, fail at representing women as complex and well-rounded, it turns out that a lot of television shows pass with flying colors. In fact, I looked back at some of the best shows from this summer to see how they made out under the Bechdel test, and they all fared pretty well.

Maybe this summer's line up was a sign that Hollywood is finally catching on to what the rest of the country already knows: that the way women are portrayed in television and film needs to change. Regardless, here are six of the best shows from the summer that passed.

1. Another Period On Comedy Central

A parody of reality television set in 1902? Yes, please! Featuring some of Comedy Central's best, the show is about two sisters seeking fame and fortune at the turn of the century. Most of the time, Lillian and Beatrice (especially Lillian) are too busy talking about themselves to talk about men.

2. The Astronaut Wives' Club On ABC

3. The Crimson Field On PBS

This show takes place in a field hospital during WWI, and follows the lives of women who keep the soldiers alive. It also stars GOT alumna, Oona Chaplin (RED WEDDING SCENE, ANYONE?), which is yet another reason to be excited about it.

Starring author Jill Kargman as an exaggerated version of herself (think: Lena Dunham as Hannah Horvath, or Louis C.K. as Louie), this series shows one woman navigating the treacherous world of the Upper East Side — and all of the "perfect" women who live there. Even better, it's already been renewed for a second season.

It was reunion time, and the whole cast (plus a few more) came back for it: Paul Rudd, Amy Poehler, Bradley Cooper, Elizabeth Banks, Christopher Meloni, Jon Hamm, Kristen Wiig, Jason Schwartzman, John Slattery, and Josh Charles. 'Cause, you know, the casting directors were feeling ambitious that day.

6. The Whispers on ABC

Lily Rabe, an FBI Child Specialist, is tasked with investigating the strange happenings around one child, Drill. Is Drill a ghost? Is he an alien? Or are children just weird harbingers of supernatural creepiness? The series gave its female characters a lot more to discuss than just a guy, let me tell you.

These are just a small sample of the amazing shows that summer gave us, and, though all of them might not have passed the Bechdel test, they're certainly all worth checking out. Personally, if I were you, I'd start with Another Period and work my way down this list. Just because summer's over doesn't mean that good TV expires.