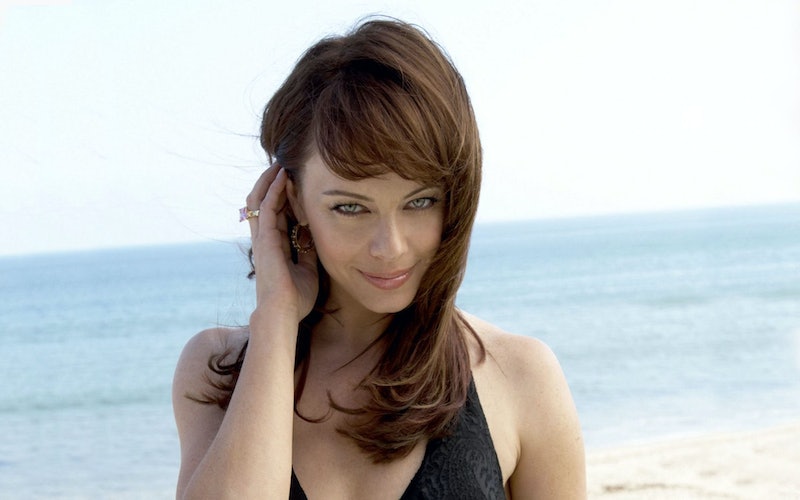 OK, I'm not going to sugarcoat it. On The O.C., Julie Cooper was never exactly in the running for "Mother Of The Year." But she definitely wins an even better prize — the series' best character. The O.C. would not have been nearly as exciting without Julie (and her sense of humor). Marissa's mom may have made quite a few enemies in Newport Beach, but the entire town was way more interesting, dramatic, and hilarious because of Julie. Just try to imagine Orange County without her... as Summer would say, "EW!"

Several of The O.C.'s main characters, namely Ryan and Summer, showed considerable growth throughout the series, but no character evolved more than Julie. We spent the majority of Seasons 1 and 2 loving to hate her — and she made it so easy! Then in Season 3, we slowly began to see her more empathetic side, which made it all the more heartbreaking when she suffered the devastating loss of her daughter. When Julie went into a temporary downward spiral, we couldn't blame her. But she slowly and painfully managed to bounce back and this time she did it on her own terms.

Here are 10 reasons why Julie was The O.C.'s best character, whether she was going through the phase of evil dragon lady, grieving mother, or independent woman.

1. Her Taste In Men Was Diverse

I'm using the term "men" loosely here, because Luke was technically a teenager when he and Julie did the deed. In a very short period of time, Julie ditched her husband, hooked up with her daughter's ex-boyfriend, then tied the knot with Caleb Nichol and became Kirsten's stepmother. Did anyone else on The O.C. have such varied relationships?

2. It Was Her Bachelorette Party & She Demanded Strippers

Kirsten wanted to plan a classy bachelorette party for her future mother-in-law, but Julie naturally had other plans. All she wanted was just one little stripper trying to make his way in the world... naked. Give the girl a break, Kiki, she was preparing to marry your... difficult father.

3. She Wasn't Above A Fight

Hailey versus Julie: the ultimate Newport Beach showdown between two of its classiest women.

Despite marrying for money, Julie saw many of her plans backfire and leave her penniless. But she never lost her spunk or hope. And you can bet that every time she landed on her feet, it was in Jimmy Choos or Louboutins.

5. She Had Marissa's Back, Even When They Were Feuding

Marissa and Julie didn't exactly have the healthiest mother-daughter relationship, but the elder Cooper would be damned if anyone spoke ill of her daughter.

6. She Had No Patience For Stupidity

Who needs a dictionary when you've got Julie around?

7. She Forged An Unlikely Friendship With Kirsten

Their friendship could be tumultuous at times, and it was a little awkward when she became Kirsten's mother-in-law, but some of Julie's best moments were when she bonded with Kirsten — bonus points for that time they both smoked cigars and drank Caleb's scotch as they shared a heart-to-heart. And deep down, Julie always knew that Kirsten was her only true friend in Newport.

8. She Graciously Changed Her Mind About Killing Caleb

Julie plotted to kill Caleb by mixing pills into his drink, but at the last minute she couldn't go through with it. I choose to see this as a sign of character growth (baby steps, right?). Of course, about five minutes after she changed her mind, Caleb had a heart attack and collapsed into his pool and died.

9. Her Assertiveness Came With A Dose Of One-Liners

It was a bad idea to get mixed up in Charlotte's plot against Kirsten in the first place, but Julie came to her senses and banished the troublemaker from Newport with this epic one-liner.

10. She Ultimately Realized What Was Most Important In Life

When Summer went to her for advice, Julie offered the insight she wished someone had given her. Then she took her own advice and realized it's never too late to find yourself. The series finale showed Julie completing her undergraduate degree, moving on to a happy, healthy phase in her life.

Way to go, Julie! I always knew you could use your powers for good.

More like this
Why You Loved 'One Tree Hill' So Much — And Still Do
By Sabienna Bowman and Radhika Menon
Julie Andrews Revealed A Surprising Behind-The-Scenes 'Bridgerton' Detail
By Grace Wehniainen
“The Door Is Always Open” For Another 'Breaking Bad' Spin-Off, Says AMC Boss
By El Hunt
Emma Thompson, Lashana Lynch, & Stephen Graham Lead Netflix’s 'Matilda'
By Sophie McEvoy
Get Even More From Bustle — Sign Up For The Newsletter