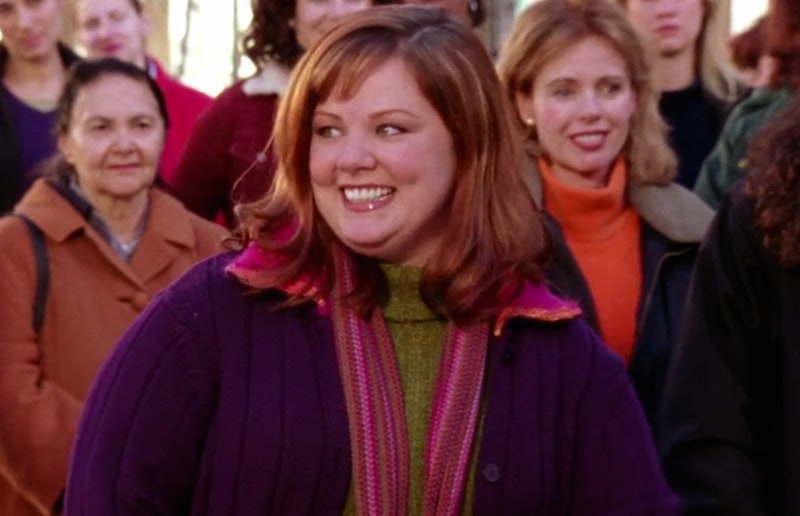 We all know Gilmore Girls. It's a modern-day classic. But what if the show had a few changes from the one we know and love? Not a small change, like making Lorelai's truck blue or changing someone in Stars Hollow's last name, but a big change. Gilmore Girls creator Amy Sherman Palladino dropped a fascinating tidbit at the ATX Television Festival on Saturday night when she explained that originally Gilmore Girls' Sookie was supposed to be a lesbian, but the network executives didn't go for the idea. But, what if the network had agreed to this character change: How would it have affected the show?

It's no surprise that making Sookie a lesbian was a no-go when Gilmore Girls was first premiering. When the show first aired in 2000, there had really only been about four gay kisses shared onscreen. The first occurred in 1991 between two women on LA Law, a kiss that had absolutely no ramifications as the characters didn't end up together and one of them was written off the show. The most recent was homosexual kiss had just aired on The WB on Dawson's Creek's Season 3 finale, when Jack finally shared a gay kiss with his then love interest Ethan. But what changes would have been made to the whole series if Sookie was a lesbian?

If Sookie were a lesbian, we wouldn't have the glorious relationship between Sookie and Jackson. In fact, maybe Jackson wouldn't have even been a character on the show, just an extra who provided the Independence Inn and the Dragonfly with their vegetables. Jackson quickly became a fun, loving, and quirky character that I enjoyed, so it is sad to think he basically wouldn't have existed in the same capacity as he did. But then again, perhaps we could have been introduced to a different significant other in Sookie's life that could have provided the show a different, yet equally great feel. It would be interesting to see what kind of woman Sookie would have gone for if she were a lesbian. Maybe she would have had a lot of same qualities as Jackson.

2. The Wedding Would Have Been Next To Impossible

Considering Sookie and Jackson's wedding took place in 2002 and the first state to actually legalize gay marriage was Massachusetts in 2004, Sookie couldn't have gotten married in Stars Hollow, Connecticut in 2002 to her alternate partner. Not being able to get married could actually have made for an interesting problem addressed on the show, which leads to another change, but a positive on potentially.

3. The Show Could Have Explored Different Issues

I truly believe she would have still been the same Sookie we all know and love. She just would have had a few different plotlines here and there. Either way, the show would continue to be the Gilmore Girls we will love for life.

More like this
'Gilmore Girls’ Lauren Graham Just Revived Our Hopes For A New Reunion
By El Hunt
The 'Kenan & Kel' Reunion On 'SNL' Took A Dramatic Turn, Thanks To Keke Palmer
By Brad Witter
These 'Criminal Minds' Throwback Photos Show The Cast’s 17-Year Evolution
By Grace Wehniainen
The First Trailer For 'That '90s Show' Includes So Many Nods To The Original Series
By Jack Irvin, Alyssa Lapid and Grace Wehniainen
Get Even More From Bustle — Sign Up For The Newsletter