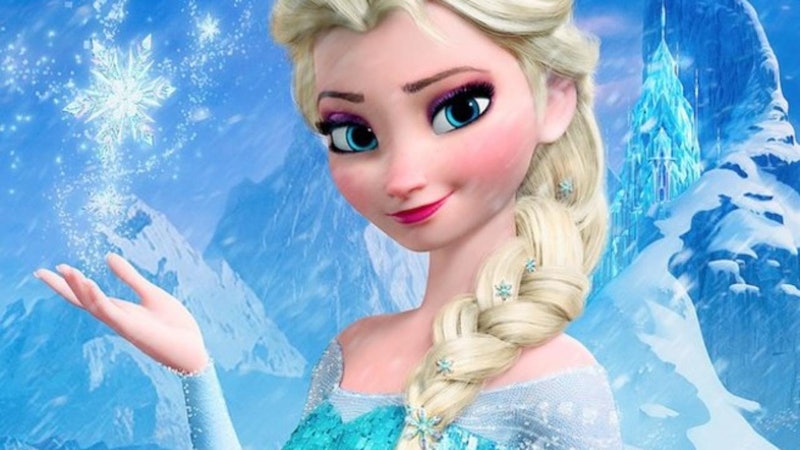 As I've remarked numerous times before (as have many others), I love Disney movies… but I'm often still critical of them. Take, for example, the typical character designs of the female characters: They're all traditionally beautiful, and these days, they all have the same slightly child-like look to them, no matter how old they are. But now, Tumblr user and digital artist TheNamelessDoll has created a series of Disney characters with slightly more realistic proportions — and while the project was initially begun simply as an exercise in image manipulation, they've inspired an absolutely fascinating conversation.

I'm not going to call the reworked images flat-out “realistic Disney characters,” because they're still not indicative of the proportions of most — or, y'know, any — real, flesh-and-blood people. We're not looking at representations of the characters if they were actual humans or anything; for that matter, we're not even looking solely at Disney characters (Mavis from Hotel Transylvania, for example, hails from Sony Animation). Their faces, however, do have more human-like proportions, particularly when it comes to the eyes — which, in turn, tones down the “baby-faced” quality most of these characters were designed to have. It's worth noting that by “baby face,” what TheNamelessDoll means is the “huge eyes + big head + tiny body” look, which she further describes as “when animated women are designed to have the same main features as babies/children.” The results of her tinkering are women with eyes that are smaller and more in proportion with the rest of their faces, lending a slightly more realistic look to these otherwise still fictional women.

TheNamelessDoll is careful to note that the purpose of the project was simple to practice her image manipulation skills. Each post includes the message:

These edits were created simply to give me a chance to practice my manipulation/anatomy skills. Nothing more, nothing less. They are NOT meant to be 'better than the original' or 'what it should have looked like,' or serve as a general negative critic [sic] on the respective movies' animation styles!

Furthermore, after the image set went viral, she created a separate post stating, “I never intended to start a debate, but one started non the less [sic] and as an aspiring animation director it's very interesting to read.” She also commented that she sees more of a need for diversity in animation than she does a need for realism. So, y'know, just bear that in mind when you examine these slightly more realistic Disney characters.

As Dan Van Winkle over at The Mary Sue wrote, though, we can all still talk about whether or not they're an improvement. I think they're also interesting in light of the recent revelation that the lion's share of female Disney and Pixar characters have the exact same face shape, while the male characters are given a huge variety of different face shapes. Furthermore, The A.V. Club's Caroline Siede also pointed out that it's not just the variety that matters — it's how many of the women's faces fit conventional beauty standards, while the men seem to be given a pass:

...Even just comparing the male and female protagonists is revealing. The male leads of Up, Frozen, Ratatouille, Wreck It Ralph, and The Incredibles have a great diversity of face shapes that aren't necessarily “traditionally” attractive. Female leads, however, almost all fit the same princess-inspired mold. These findings come on the heels of a bizarre quote from Frozen's head of animation Lino DiSalvo about the fact that it's harder to animate female characters because “you have to keep them pretty and they're very sensitive.”

I'm reminded of something Peggy Orenstein wrote about in the excellent Cinderella Ate My Daughter with regards to the creation of two female Muppets on Sesame Street: Zoe, who came along in 1993, was originally designed to be more like a female analog of the increasingly popular Elmo; however, she ended up not achieving the popularity Sesame Street had been hoping for, something that was chalked up to her yellow and orange color scheme and zany personality. When the show's designers went back to the drawing board, they next came up with Abby Cadabby, a pink and purple Muppet who is probably best described as “cute"; she took off immediately, becoming a huge favorite. I find it interesting, by the way, that since the early 2000s, Zoe is now always dressed in a tutu; one of her defining qualities these days is that she's obsessed with ballet. This isn't to minimize ballet — on the contrary; anyone who dances it are both incredible athletes and great artists — but it is typically perceived as a more traditionally “feminine” activity. When it comes to female characters, "cute" is apparently preferable over anything else — and making the shift to something like uniqueness being valued over cuteness is likely going to be a long and difficult process.

I guess what I'm getting at is that TheNamelessDoll is right when she says we're desperately in need of more diversity in animation (and in… well, pretty much everything else you can think of, from movies and fashion to STEM fields and Fortune 500 companies) — and the way I see it, manipulating the characters such that they have more realistic facial and bodily proportions actually helps fill that need. Yes, the manipulations are still traditionally beautiful; however, as we can see in images like the redesigned version of Elsa, who “lost some of her roundness to balance out the rest of the head with her new features,” face shape is part of it. Characters with more realistic proportions might lend themselves to greater diversity overall — eventually, I hope, including both men and women who may not be conventionally attractive. I don't know about you, but I'll take “interesting” over “pretty” any day.

Check out more of TheNamelessDoll's work at her Tumblr; you can also connect with her on YouTube.

More like this
American Girl Doll Memes Are Going Viral On Instagram & Tiktok
By Emma Carey
I Have Eyebrow Alopecia – & Microblading Gave Me My Confidence Back
By Jessica Morgan
Olivia Munn Got Real About How Her Body Hasn’t “Snapped Back” Post-Pregnancy
By Stephanie Topacio Long
At 28, Emma Thompson Was Already A Star — But Unhappy In Love, Actually
By Olivia-Anne Cleary
Get Even More From Bustle — Sign Up For The Newsletter