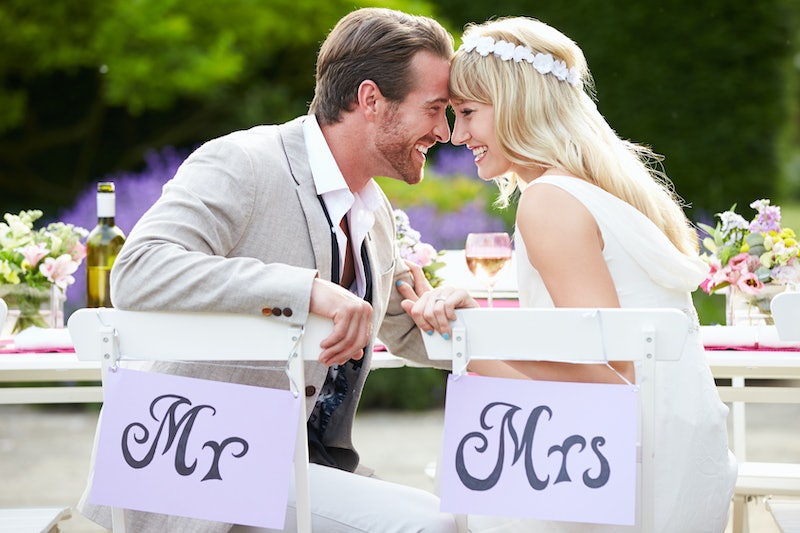 It's no secret that many marriages in the United States end in divorce, but what about around the rest of the world? Hopes and Fears did a little digging to see how long marriages last around the world — and it turns out that some cities really are better for marriage than others. Who knew, right?

Interestingly enough, it turns out that most of the people getting divorces in the U.S. are part of the Baby Boomer generation; in fact, 70 percent of people who got married in the '90s stayed together for at least 15 years, which is a five percent increase from those who tied the knot in the '70s and '80s. Now, in the 2010-2020 decade, divorce rates seem to be on the decline for college-educated people. Why? Because couples seem to be doing things differently from the baby boomers: They're waiting longer to wed, they're using birth control, they're moving in together first to test compatibility, and they'regetting married with less frequency in general. However, divorce rates are not declining amongst non-college-educated couples; this demographic is still likely to see higher levels of divorce.

But enough about divorce — where are people staying married the longest? Here are the top five cities according to Hopes and Fears; head on over there to see the full list of the top 10.

Perhaps it's because Rome is such a romantic place (which I learned from the Lizzie McGuire movie) that couples stay married for an average of 18 years; meanwhile, the national divorce rate, which is one of the lowest on the list, is about 30 percent. Watch out, Paris — Rome might be replacing you as the city of love! However, it's also true that fewer couples are interested in getting married in the first place, so it'll be interesting to see how these numbers change overtime.

Though the national divorce rate in Canada is 50 percent, couples in the capital stay together an average of 14 years.

Even though the Parisians aren't necessarily as passionate of lovers as the world may think, Paris still takes third place on the list with marriage duration averaging 13 years. This is especially an accomplishment as compared to the rest of the country, since the national divorce rate in France is a whopping 55 percent.

New York, concrete jungle where dreams are made of and American city where couples stay together for a little over 12 years, a pretty significant accomplishment when compared to the national average of eight years.

On average couples in Sydney stay together for 12 years and those who do divorce make sure to wait for their children to leave home first. How sweet!

Check out the original article for the full list.