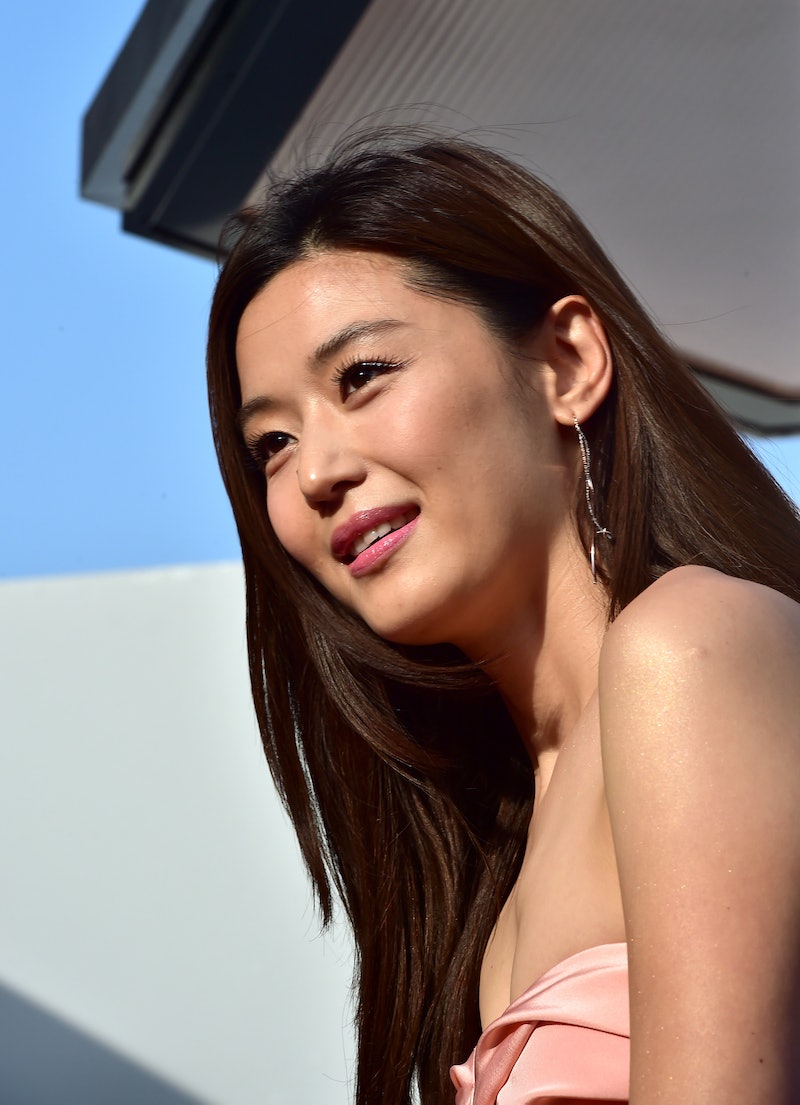 Have you watched the K-drama My Love from Another Star yet? If you haven't, you definitely should, and there are a lot of reasons why. Aside from the fact that it's a love story with a handsome alien, the protagonist Cheon Song Yi has epic personal style, and I'm guessing the costume designers took some inspiration from her off-screen counterpart, Jun Ji Hyun's, fashion sense. At any rate, Song Yi was quite the icon: She was the kind of phenomenon capable of making lipsticks (Yves Saint Laurent Rouge Pur Couture 52, in case you were wondering) fly of the shelves internationally, and as fate would have it, her accessories game and her fashion game were similarly on point (as with the infamous lipstick craze, she also caused a shortage of a certain winter coat by the brand SHESMISS). Luckily for us, Jun Ji Hyun is just as fab — if not more so.

After all, Hyun's picked up fashion and beauty contracts like crazy in the years leading up to and following her record-busting turn as Song Yi. She's the first Korean woman to represent Gucci, and she also fronts countless South Korean brands, including the aforementioned SHESMISS, and the popular Hera Cosmetics. So, with that in mind, let's take a look at some of her best fashion moments!

Ooh. Looks like Hyun's putting that Gucci contract to good use with this gorgeous pleated metallic number.

2. At An Autograph Session For Didier Dubot

3. At The Launch Of Olympia Le-Tan x Hera

4. At The New World Department Store In Beijing

This dress got a lot of play — J. Lo wore it, and Marion Cotillard wore a very similar version in teal to the 2013 SAG Awards. That said, I'd say Hyun wore it best, because the white tulle underskirt is nothing short of perfection.

6. At A Signing Event in Shanghai

Ooh, another futuristic mini dress! The graphically printed dress alone is quite stylish, but the cobalt blue pumps really take it to the next level.

8. At The Cannes Premiere Of Snow Flower and the Secret Fan

Sometimes, there's nothing quite like a judicious helping of sequins (especially when those sequins happen to be iridescent).

Classic, with a touch of badass.

10. At The Cannes Premiere Of The Artist

About as pretty as pretty can be (plus, it looks just a little bit like Hermione's Yule Ball dress).

And last, but certainly not least...

11. At The 50th Annual Paeksang Awards

Quite possibly the best deployment of an Oscar de la Renta gown, ever (and we all know that's saying a lot).