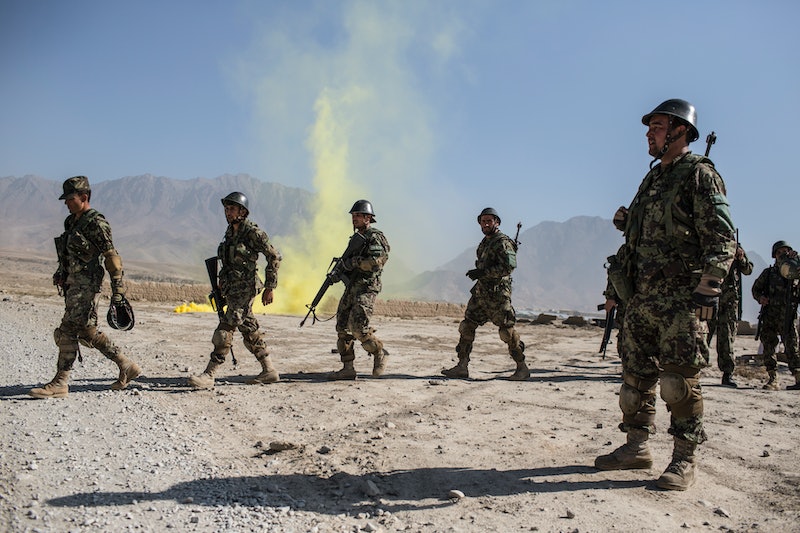 You know how things were starting to look a bit better in Afghanistan? Not today. In a disguised attack similar to a recent incident in Pakistan, the Taliban snuck into a central, guarded area of Kabul and opened fire at guards early on Tuesday morning, killing at least five people.

The four or five gunmen used fake badges and vehicle passes to enter the security gates at the Shash Darak district, an area which is home to the presidential palace compound, the C.I.A’s Afghanistan station, and the U.S embassy. As soon as guards realized the passes were fake, the attackers began a fatal round of gunfire which lasted over an hour and a half, during which they also detonated a bomb located in the car.

Three or four of the gunmen were killed by U.S security forces, while one died in the car’s explosion.

The attack occurs less than a day after the U.S special representative for Afghanistan, Ambassador James Dobbins, met with Afghan President Hamid Karzai to talk about the peace process. President Karzai was scheduled to hold a press conference at the presidential compound Tuesday morning but never appeared, although palace officials have said that he is safe.

The Taliban, in spite of recently having agreed to peace talks with both the U.S and Karzai’s administration, have claimed responsibility for the attack. Their intended targets were apparently the C.I.A base and the presidential palace.

According to inside sources at Reuters, though, Afghan security officials believe the attack was actually orchestrated by the Haqqani Network, which has links to both the Taliban and Al-Qaeda.

Either way, this assault undermines recent attempts at peace talks, and serves as a reminder of the difficult road ahead as the U.S. pulls out its coalition forces.