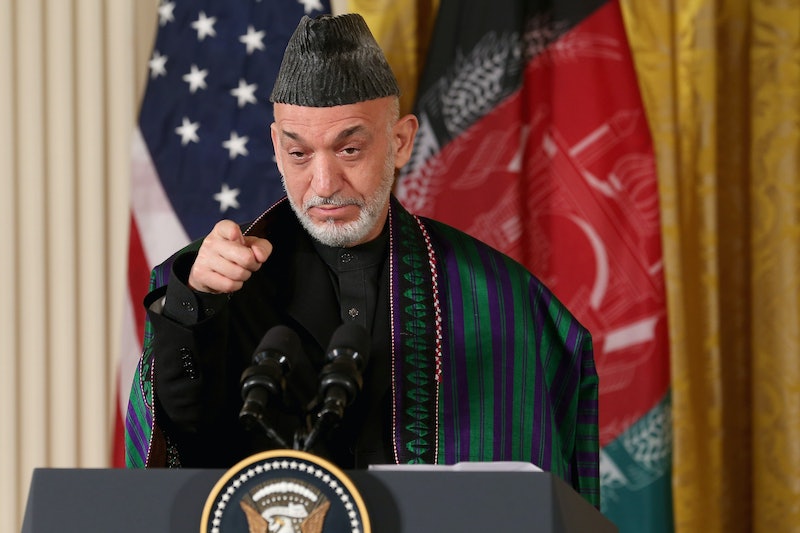 In a case of teach a man to fish and he’ll eat for a lifetime, the U.S.-led NATO coalition announced Tuesday that it has handed over security for all of Afghanistan for the first time since 2001, marking what should be the final step in the 12-year war.

The ceremony, held on the outskirts of Kabul, Afghanistan, included speeches by President Hamid Karzai and NATO Secretary General Anders Fogh Rasmussen. Karzai is reported as saying, “Our country is in the process of a historic event, and from now on, always, all the security responsibility will be conducted and performed by our forces, and will be led by our own forces.”

He also announced that he will be sending representatives to Qatar, where the Afghan Taliban is expected to open their first formal office, to hold peace talks with the movement.

The positive spirit of the ceremony was dampened, however, by an explosion near the Afghan parliament building, which went off an hour before Karzai and Rasmussen spoke. The explosion killed three and wounded 21 others, although the intended target, parliament member Mohammad Mohaqia, survived.

From Tuesday onwards, the Afghan military will be expected to go on without the support of American combat units or medical evacuation helicopters, although the process of pushing Afghan forces into leading security positions actually started back in 2011.

According to Rasmussen, the idea is that from now on, coalition forces will be around basically just to provide advice and training. He added, “By the end of 2014 our combat mission will be completed.”

Washington has also said it will provide the Afghan government with weapons, including MI-17 transport helicopters and cargo planes.