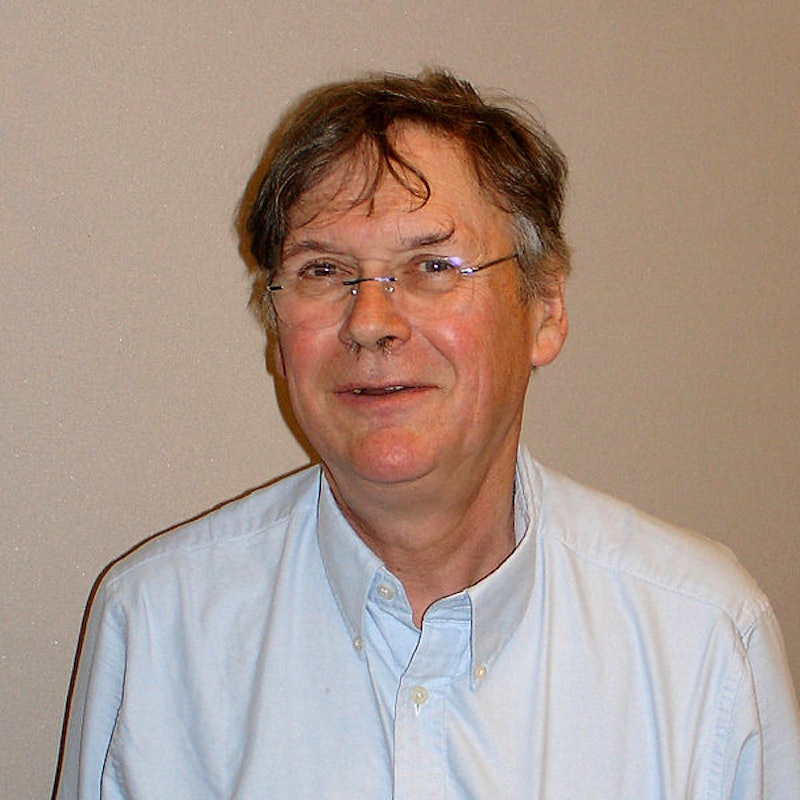 I yell about sexism in science a lot — and despite the progress made towards greater gender equity, incidents like Sir Tim Hunt's recent sexist remarks about female scientists prove that I still have a lot of yelling left to do. British Nobel Prize In Medicine winner Hunt recently spoke at the World Conference of Science Journalists in Seoul, Korea, where he claimed that labs should be sex-segregated, and that "girls" proved to be problems in laboratories because "you fall in love with them, they fall in love with you, and when you criticize them, they cry.” Others present at the speech reported that Hunt (who also said he had a "reputation as a chauvinist") began the speech by thanking the female journalists for "making lunch."

In an industry fraught with historical problems of serious, damaging sexism, this seemed like an unwise joke at best. But the speech's further claims — that women should not be allowed in the same labs as men because they create emotional problems and weep when critiqued — are more than horribly outdated; they're damaging and discouraging to any young woman contemplating entering the sciences.

Hunt — who garnered the Nobel in 2001 for his discovery of proteins that cause cell duplication — made his speech during a luncheon, where it wasn't officially recorded. But Hunt's remarks were reported by Connie St Louis, a senior lecturer in journalism at City University in London — and when St Louis made his comments known, Twitter and the mainstream media promptly exploded.

Hunt acts as a representative of the Royal Society, Britain's most hallowed scientific organization, which decided it was having none of it. The society promptly made a declaration on its own website saying that it thought Hunt was, in essence, an idiot. "Science needs to make the best use of the research capabilities of the entire population," the statement noted. "Too many talented individuals do not fulfill their scientific potential because of issues such as gender and the Royal Society is committed to helping to put this right. Sir Tim Hunt was speaking as an individual."

The apology that Sir Hunt released to the BBC this morning was even more infuriating. "I did mean the part about having trouble with girls," he said. "It is true that I have fallen in love with people in the lab and that people in the lab have fallen in love with me, and it's very disruptive to the science, because it's terribly important that in the lab that people are on a level playing field, and I found that these emotional entanglements made life very difficult. I'm really, really sorry that I caused any offense, that's awful, and I just meant to be honest, actually."

Where do we even begin to deal with Hunt's comments? Let's start with his referring to female scientists as "girls", which is belittling, sexist and stupid. This type of patronizing idiocy runs strong throughout Hunt's original comments, too. "When you criticize them, they cry"? Really? The belief that women are emotionally weak and have an inability to be rational is so very 1950s — pretty outdated for someone who has supposedly devoted their life to innovation.

The idea that women should operate in separate labs to avoid "emotional entanglements" is seriously problematic, too. I'm sure that love affairs do prove "disruptive to the science", but surely it's incumbent on both parties to maintain professionalism in a lab context. You can't just blame "the girls" and demand that they be kept away in order to avoid cooties. Dealing with relationships in the workplace is an issue across all fields, not just science — but nobody in, say, investment banking has publicly suggested that ladies keep themselves and their tempting, irrational attractiveness across the hall from their male coworkers in order to keep the peace.

Sex segregation, as everybody with half a brain knows, isn't the answer: expecting people to behave like the highly trained, professional adults that they are is. Gender separation in the workplace has been shown to contribute directly to gender pay gaps. It's a horrible idea with the potential to hold women back professionally, and Hunt should know that — particularly since he's married to Professor Mary Collins, a professor of immunology at University College London who leads a mixed-gender research team.

Though Hunt's comments are infuriating, he's hardly alone among Nobel Prize winners in the scientific arena who have made discriminatory comments. James Watson (pictured above), co-discovered DNA with Francis Crick, with heavy involvement from Rosalind Franklin. Watson made headlines last year for including racist and sexist remarks in his memoirs and promotional interviews. He declared of Franklin, one of the greatest scientific minds of the 20th century, "Though her features were strong, she was not unattractive, and might have been quite stunning had she taken even a mild interest in clothes. This she did not.” Bugger. Off.

It's tempting to let Nobel Prize winners off the hook for their outdated views. They come from a different era, they did a great deal to further human knowledge, and so on. It's the racist-grandmother problem. But having a brilliant mind is, if anything, even more of an inducement to move with the times and accept that your past prejudices were wrong.

Female scientists are and have been brilliant, world-shattering contributors to human progress — and they've achieved in the face of absolutely crushing workplace sexism. Women are being encouraged to enter the STEM fields with confidence and defeat the gender gap — but every remark like this, every sexist comment by a respected, lauded man, emphasizes just how deep the misogyny runs. What sensible woman wants to go into an industry where the leaders spout this nonsense? This kind of talk isn't harmless — it creates real barriers for women considering and developing careers in science.

We need to weed out sexism in science. And it needs to start at the top, by condemning the discriminatory words of Hunt, Watson and other famous sexists. In his Nobel Prize biography, Hunt mentions being awed at Oxford by "being surrounded by Very Great Men." It's time for science to make space to acknowledge Very Great Women, as well. Otherwise, women may never achieve their full scientific potential — and the world will be infinitely poorer for it.