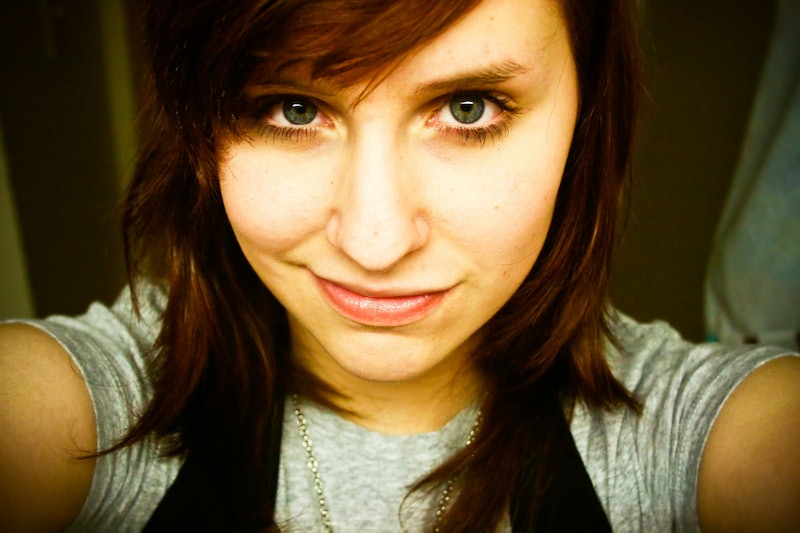 When I first became sexually active as a teen, my mom recommended that I try a diaphragm over birth control pills because she’s kind of a hippie and didn’t like the idea of me taking hormones. While my 15-year-old self immediately shut down that idea as, 1. weird, and, 2. gross, I found myself turning to the diaphragm as a second form of protection when my high school boyfriend and decided to stop using condoms. When I came back to the diaphragm in my mid-twenties after ditching the Pill altogether, I found that it was still an awesome form of birth control for me. Non hormonal and non surgical, cheap, relatively easy to use, and putting me totally in control of my own reproductive health — what’s not to like?

Unfortunately, not everyone shares my love for the diaphragm — the medical industry in particular. While I’ve gotten a lot of positive feedback from women searching for hormone-free birth control methods, I’ve also heard all kinds of nonsense from people since I started advocating for my relatively old school BC method. I’ve heard everything from knee jerk reactions to admonishments to dire warnings for what is, in the end, my choice.

While I’m sometimes tempted to give the haters a one finger salute, if there’s one thing I’ve learned in my past four years as a professional blogger it’s that, despite what it might seem like based on who screams the loudest, being a dick online doesn’t actually change anything. Instead, I’d like to go through each point to show why these kinds of comments are unnecessary and unhelpful. I’ve also included a couple that give me the opportunity to educate people about this lesser known birth control method, ‘cause I’m all about empowerment through information. Enjoy!

So, yeah, it’s not perfect. However, I strongly believe that it’s my right as an adult woman to educate myself about those numbers, weigh them with all of the other factors that go into deciding on a birth control method, and make that choice myself. Personally, I find that the benefits of the diaphragm outweigh the slightly higher risk. My body, my choice.

Yeah, ‘cause they don’t want to get sued. I mean, yes, I know it’s more complicated than that but with so much of the failure rate of diaphragms resting on user’s (read: women’s) shoulders, the risk of getting sued goes up for doctors. We live in a litigious society and, unfortunately, that can affect things like our medical care. IUDs and the Pill are a better bet for doctors, regardless of the side effects for the women who use them.

3. “Unfortunately, they don’t make them in the US anymore.”

This is what my gyno told me after I went through the not-entirely-pleasant experience of being fitted for my second diaphragm. I sat in stunned silence as she told me that I could check at the local pharmacies but not to get my hopes up because my size is the most common one and she’d heard back from other patients who didn’t have any luck procuring one.

I called my mom when I left Planned Parenthood, in tears because this was the first time that my right to choose had really been restricted in a real way. I was born post-Roe v. Wade, grew up in a liberal household, and had never run into any obstacles when it came to exercising autonomy over my body and my reproductive health. It was a feminist wake-up call, for sure, and while it definitely sucked I also feel really privileged by the fact that I had the resources to buy mine from a company in England. I know that a lot of other women aren’t so lucky.

I forgive each and every one of you for this question and I am more than happy to explain because I know very well that this is not a common form of BC for a 20-something woman. When we’re talking about the diaphragm for birth control, it’s a springy piece of rubber that goes up into your vaginal canal and sits behind your pubic bone, blocking your cervix. You have to rub spermicide around the inside and the edges before folding it up and inserting it so that if any sperm does slip through, they’re killed on arrival.

Sigh. After the effectiveness one, this response bugs me the most. Just because I’m choosing to use a diaphragm to keep from getting pregnant does not mean I’m attacking your BC method. Sure, yes, my own research and experiences brought me to where I am and some of that included some negative stuff about, for example, the Pill. However, just because it didn’t work for me doesn’t mean I think it wouldn’t or shouldn’t work for you. My advocacy of the diaphragm is because, above all, I believe in choice for women and choice can’t happen without a bunch of options.

So if you love the Pill? Awesome! Think the IUD is God’s gift to people with uteruses? Badass! The more choices women have about our reproductive health, the more empowered and free we are. Let’s work together to educate each other about the different options out there so that our right to choose continues to included true options. Do you, boo. I’ve got your back.