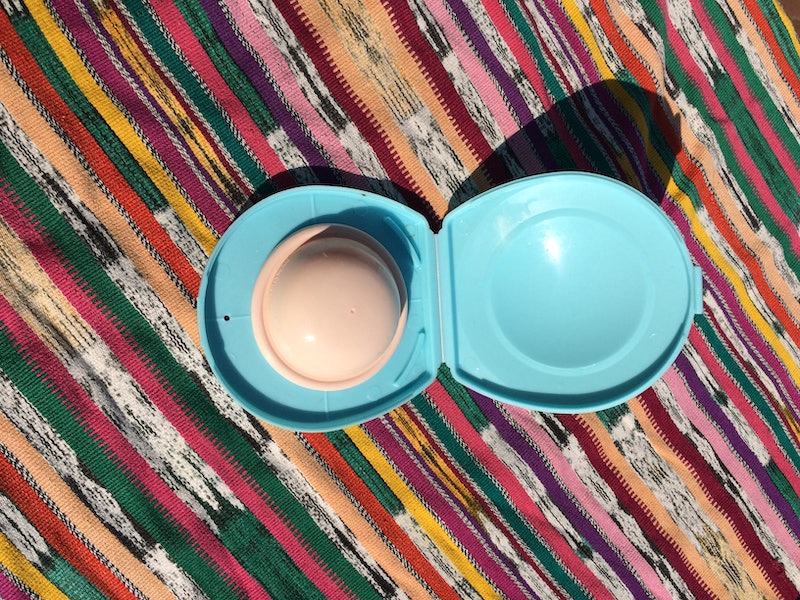 Like a lot of women my age, I started taking hormonal birth control in my teens. The Pill worked great for me — it calmed my terrible acne, lightened my periods, and even chilled out my PMS. I didn’t gain weight or get suicidal or suffer from any other of the potentially debilitating side effects that a lot of my friends were dealing with. I was the perfect match for Ortho Tri-Cyclen Lo, that doctor fave of the early 2000s.

But at the beginning of my early 20s, I started reading studies suggesting that the Pill was messing with me in ways I wasn’t even aware of. Apparently, it was changing who I was attracted to. Apparently, the reason I’d always needed lube, no matter how turned on I felt, was because of my pill. Apparently, some women were finding themselves no longer attracted to the husbands they’d met while taking the Pill once they went off it in order to have babies with said husbands.

I had spent my entire sexual life on the Pill. Was it possible that I didn’t really know my sexuality at all?

The thought bothered me more and more until I decided that I had to do something about it. I wanted to know what my body really felt like, what it wanted, and how it was naturally supposed to act when it came to attraction and sex. So, with more than a little trepidation, I stopped renewing my prescription and started relying on condoms as my primary form of birth control.

Then, about a year into my current relationship, my partner and I decided that we were ready to ditch the condoms. I wasn’t going to go back on the Pill — the changes I’d seen since going off were way too awesome to even consider it — and I’d used a diaphragm in the past. I went to the doctor and got fitted, only to discover that the process of getting a diaphragm was considerably more complicated than it had been 10 years ago.

If you hear “diaphragm” and think, “Isn’t that the thing under my lungs that helps me breathe?” then, congrats! You probably got an A in high school science! However, a diaphragm for birth control is a round piece of silicone that I slather with spermicide before folding it up and inserting it into my vagina, similar to a Diva Cup. It sits behind my pubic bone and blocks my cervix, keeping any sperm from making their way in and knocking me up.

Now you might be thinking, “Oh yeah, I think maybe my grandma used that?” and you’re probably right. My grandma definitely did, pre-Pill, and so did my mom, after the earliest hormonal birth control pills made her a crazy maniac. In fact, generations of American women used the diaphragm as an effective (and for some, not as effective, but we’ll get to that later) hormone-free barrier contraceptive for years and years.

Despite that fact, as I discovered one day late last summer, you can’t buy one in the United States anymore.

What’s the deal? What happened to this cheap, effective, hormone-free contraceptive? Why is it no longer even presented as an option anymore?

Let’s start by taking a look at what the medical industry says about diaphragms. From the early 1900s when Margaret Sanger illegally imported them in defiance of the Comstock Laws up until the invention of the Pill, they were all about them. The diaphragm was used by as many as 25% of couples in 1955, and some sources put that percentage as high as one third.

However, with the introduction of the Pill and the IUD in the ‘60s, the diaphragm’s popularity plummeted. It’s much easier to take a pill every day or get an IUD put in your uterus than it is to figure out how your insides are shaped, insert a springy piece of silicone (or, back in the day, rubber) before sex, and then reach up inside to pull it out eight hours later.

And there’s the crux of the argument against the diaphragm: it’s not especially user-friendly. While condoms are relatively easy to put on and take off (due to the fact that male genitalia is, you know, on the outsides of their bodies) the diaphragm requires women to get up close and personal with their vaginal canals. For some women, that’s a deal breaker.

In my experience, though, the diaphragm hasn’t been that much more annoying than condoms and it’s definitely more pleasurable for both me and my partner. Unlike condoms, you can insert the diaphragm hours before you’re going to have sex, which means it has the potential to not interrupt your flow at all. If you’re more into spontaneous sex, just excuse yourself for a second to slip it in. Remove it in the shower the next morning to avoid any messes and that’s it! You’ve successfully used a diaphragm!

That doesn’t sound too great, does it? A 16% chance of pregnancy is scary if what you want is to not get knocked up.

But let’s look at another barrier method that doctors not only recommend, but actually give away for free: condoms. Condoms have the added benefit of also protecting against STDS — which diaphragms don’t — but let’s just look at their baby-blocking powers for now.

Condoms, when used correctly, have a 98% effectiveness rate for preventing pregnancy. However, when we look at actual use, they’re only 85% effective. That’s just one measly percentage point higher than the actual use effectiveness rates for diaphragms. Add on the fact that people still aren’t wearing them even though they’re cheap and available and you have to admit that the real-life effectiveness rate of condoms is pretty shitty.

And here’s the other dirty secret behind why doctors don’t recommend diaphragms: They don’t trust women to manage our own birth control.

While the diaphragm is almost completely woman-controlled, requiring only one trip to the doctor’s office in order to get fitted, the two most doctor-promoted birth control methods — the Pill and the IUD — are both completely controlled by the medical establishment. While that means there’s a lower risk of pregnancy, it also means that women aren’t really controlling their own reproductive health.

Please, tell me about “choice” again.

The reality is that our choices are being limited more and more every day. As Holly Grigg-Spall, author of Sweetening the Pill or How We Got Hooked on Hormonal Birth Control points out, the “choice” between this hormonal birth control method or that one is not a real choice at all and even the IUD comes with hormones these days, with doctors pushing the “low dose” Mirena. By not offering the diaphragm to women, the medical industry has driven it to near-extinction and made it almost impossible to obtain either a traditional diaphragm or the new “one-size-fits-most” Caya diaphragm. Luckily, you can still get them online —I got mine from a British company called Ethical Family Planning for around $60, plus shipping.

Yes, there is a higher risk of user error with the diaphragm and therefore a higher risk of getting pregnant when compared with the Pill or IUD. But you know what there’s a not a risk of? Suicide, depression, weight gain, blood clots, headaches, dizziness, nausea, lower libido, and death, all of which are potential side effects of the Pill. There’s also no risk of heavier periods, uterine perforation, changes in smell and taste of vaginal fluid, debilitating cramps, and ectopic pregnancies, like there is with the IUD.

So, doctors? Please stop restricting our options. American women have the right to choose how we want to control our reproductive symptoms and what risks we’re willing to take. Personally, I’ll take the slight inconvenience and slightly higher chance of pregnancy with the diaphragm over all the chance of even one of those side effects, any day.

More like this
How To Do The Intimacy-Boosting Lotus Sex Position
By Laken Howard and Lexi Inks
The 12 Best Air Fresheners For Bathroom Smells
By Amber Petty
The 10 Best Doormats For Cleaning Shoes
By Ileana Morales Valentine
Your Daily Horoscope For August 9, 2022
By Mecca Woods
Get Even More From Bustle — Sign Up For The Newsletter