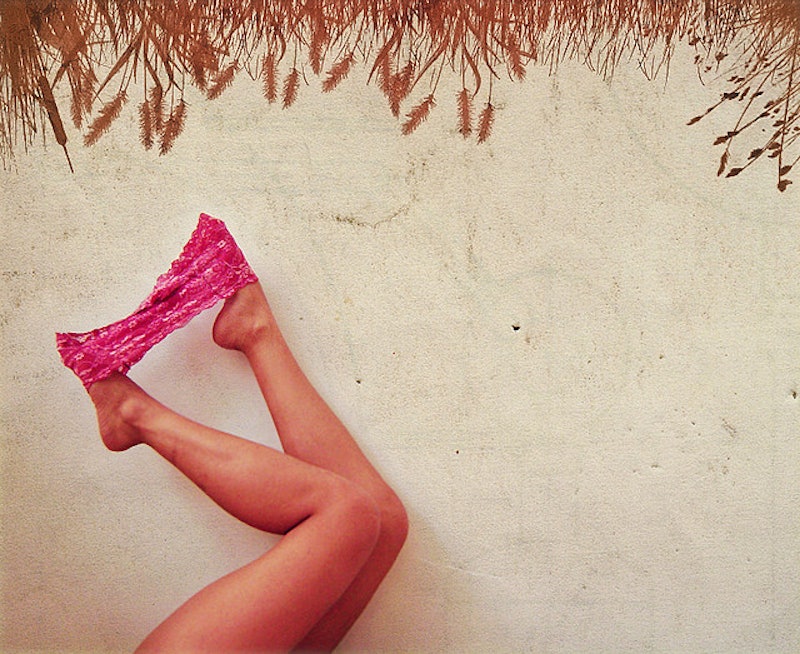 Whether you've chosen to keep them or not, groom them or not, or bling them out in sparkles and glitters (or not), almost everyone has pubes. Shocker, right? But what people think about it is another story. The Huffington Post, in conjunction with AskMen.com, conducted a survey of over 5,000 men about what they really think of women's pubic hair. Most men (41 percent) thought that "the only hair on a woman should be on her head." Nice one, guys.

About 38 percent believed that pubic hair should be "trimmed and well-groomed" because a "grown woman should have something down there." Five percent believe that women should be au natural. Fifteen percent had no preference, believing that a woman should do whatever makes her feel comfy and sexy.

So what does this all mean?

Absolutely freaking nothing, really. I mean, ladies, seriously. You do you. Whether they like Brazilians or full bushes, who cares what they think? It's your body. In fact, a majority of men (91 percent) replied "No" when asked "Have you ever ended a date/sex early because of a woman’s pubic hair grooming choices?" So even if they have their preferences, it doesn't really matter at all. Actions tend to speak louder than words.

Since a good chunk of men have these ideals for what they want their women to look like down there, here are some pretty awesome facts about pubic hair to demonstrate that you seriously shouldn't give an eff about what they (or anyone) think about them.

Who doesn't love pheromones? In fact, pheromones get trapped not only in pubic hair, but in armpit hair as well. Through this, they can possibly increase and enhance sexual awareness in others, making you seem more desirable to other people.

2. Just Like Body Fluids, Pubic Hair Can Be Transferred During Sex

And a study found that males actually transferred more stray hairs onto their partners then females did.

3. Throughout Their 20s, Women Will Spend Thousands Of Dollars On Vaginal Maintenance

According to a 2009 survey by the American Laser Centers, on average, women shave about 12 times a month and spend about $16 to do so. In her lifetime, a woman will spend about $10,000 on shaving products.

4. Question: Why Do We Have Pubic Hair? Answer: Who The Hell Knows?

Though the pheromone thing seems to be the most prevalent theory for why we have pubic hair. Another popular one is that pubic hair keeps genitals clean and warm, and prevents unwanted foreign particles from entering the vagina. But, then again, that doesn't exactly explain why men have it. What we do know is that having pubic hair is a sign of sexual maturity. I think any literature on pubic hair will tell you that. It's like life's big way of telling you, "Congratulations, you're all grown up now. Go have sex." Responsibly, of course.