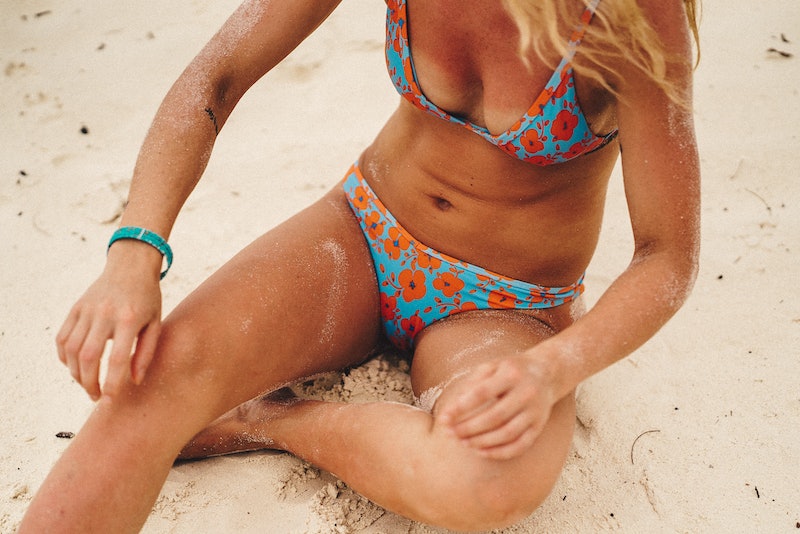 Oh, pubes. Some people love them, some people hate them — and some people really couldn’t care less. We all have our pubic hair preferences. In the past couple years, Cameron Diaz announced that everyone should be au naturel, Instagram came out as firmly anti-vagina hair, and American Apparel made some kind of statement (although who knows exactly what) when they pasted merkins on mannequins in one of their NYC stores.

We all want to pretend like we’re all neutral about each other’s pubes, let’s be honest: You have a pube hairstyle that speaks to you. Whether you’re pro-pube or wouldn’t step outside your house without feeling the wind on your clitoris, there’s a reason you’re rocking that pussy coif.

So what does your choice of pubic grooming say about you? Is there a fundamental difference between a woman who’s looking more bush than forest and one who vajazzles? What’s your vagina proudly proclaiming?

I turned to my mom for answers.

Now, here’s a little background on my mom. She’s a badass feminist and, in any state other than Vermont, would definitely be called a hippie. For the past 40 years, she’s run a pottery co-operative for college students and she doesn’t shave anything — not her pits, her legs, and definitely not her pubes. I was mortified when I finally decided to ask her to buy me a razor and shaving cream when I was eleven but not more mortified than I would be at 12, when I realized that no other moms had hairs peeking out of their bathing suits.

So, yeah, my mom has always had some strong opinions about pubic preferences — and she’s not afraid to share them.

No grooming, all natural. Letting Mother Nature grow her jungle.

“These are young women who identify as ardent feminists. Their general way of approaching beauty things is a completely natural look. Their personality would probably be pretty straightforward. Opinionated.”

Just keeping it short, no shapes or anything.

“I’d say it’s somebody who is interested in looking pretty. She wants to appear attractive, pretty, and well groomed. She’s probably a young professional.”

It’s a reverse pussy mullet! Totally waxed around your bikini line, taint, and butt but keeping a full bush up front.

“I would say that’s somebody that has too much time on her hands.”

“I don’t know about personality but I would say that’s someone who’s not a feminist and doesn’t understand that she’s making herself look like a little girl. She’s playing into a fantasy. Or, maybe she does understand it and that’s okay with her, but I feel a little judgmental about that one. I feel that not accepting that your body changes when you become a woman and trying to erase those things is detrimental.”

“I think that’s someone who could easily be overwhelmed in a relationship. She might appear to know what she’s doing but is actually pretty insecure.”

Just a strip of hair down the front.

Mom says:“Having to point out where the entry is seems a little odd to me.”

Shaving off the pubes and gluing rhinestones to your mons.

“Back in the hippie days, we just put a little glitter and we left the pubes where they were.”

Oh my God. Can you imagine how long it would take to get glitter out of your pubes?

“Wouldn’t that sort of get in the way when you tried to have sex? Like, the rhinestones are stuck to them? I think that almost sound sadistic, like you’re trying to cut somebody up there.”

More like this
Lily Collins Has Pretty Strong Opinions About Being A ‘Nepo Baby’
By Darshita Goyal
Not Sure How To Style Bangs? Make These Easy Hairstyles Your Go-To
By Olivia Rose Ferreiro
This Week’s New Makeup Releases & More Beauty Headlines
By Audrey Noble
7 Hair Color Trends Of 2023 That'll Inspire Your Next Dye Job
By Jordan Murray
Get Even More From Bustle — Sign Up For The Newsletter