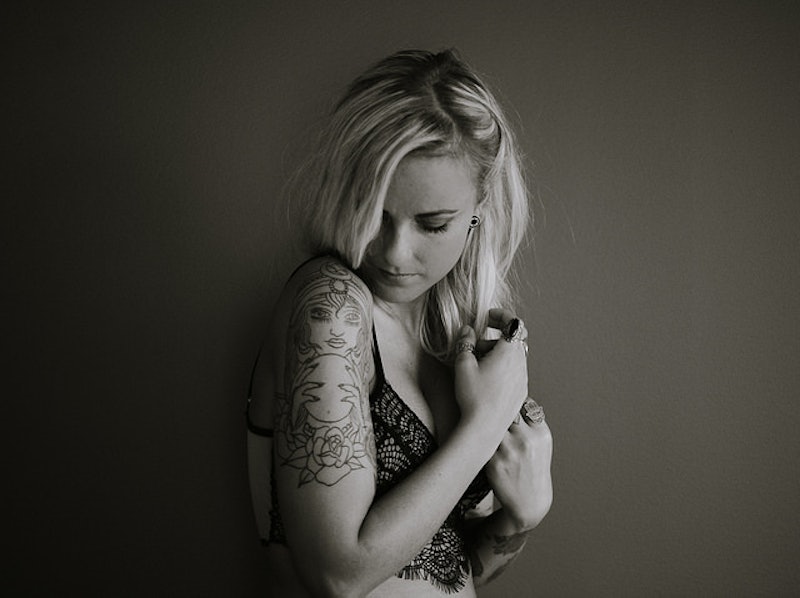 According to the results of a 2014 study by Merck that were just released today, not all women are as forthcoming about sex as we think they are. Women aren’t talking about sexual health with their partner as much as they should, and even when it comes to having the conversation with their doctor, they’re a little skittish. Both of these findings are really disheartening, because if you’re going to have a happy and healthy relationship and sex life, you have to learn to communicate these things.

The online survey included over 2,000 female participants, between the ages of 18 and 40, and involved questions that made it quite clear that women really need to focus on taking their sexual health more seriously. Because the results gave a disappointing, yet interesting look into how women are handling these topics, Merck has launched the “Rule the Real Talk” campaign with Dr. Logan Levkoff, relationship and sex expert, and Dr. Rebecca Brightman, OB/GYN and women’s health expert, in the hope of getting women to talk about these sex-related topics instead of shying away from them.

Based on this survey, here are six things that you may not have known about women and sex, but probably should.

1. Majority Of Women Aren’t Talking About Birth Control With Their Partners

2. Some Women Still Would Rather Not Discuss Sex-Related Topics With Their Doctors

According to the survey, 24 percent of women polled didn’t feel comfortable disclosing their sexual history to their doctor and 29 percent of women didn’t bring up the birth control discussion with their gynecologist. Instead, those women waited for their doctor to bring it up, before they’d even get near the conversation.

Although, as a woman who has often made the first move, I find this surprising, according to the survey less than one in 10 single women make the first move. Which, honestly, if you’re dating a shy person is just going to get everyone nowhere, so many of the women in the survey really need to reassess their approach on this one.

4. Less Than A Quarter Of Women Feel Uncomfortable Talking About Their Sexual History With A Partner

While you’re under zero obligation to tell someone you’re sleeping with anything about your sexual history, unless of course you have an STI (you at least should give them a heads up about that one), the survey found that only 22 percent of women felt uncomfortable about their sexual past. Granted, your number is your business, but kudos to the majority who are willing to address something that can be a sticky topic.

5. Most Women Don’t Have Condoms At Home

When I was single, I was never without a condom. Maybe that’s because you can get free ones at a lot of bars so it was just easy access or maybe because… oh, I don’t know… I wanted to have safe sex. According to the study, a whopping 65 percent of women do not have condoms at home! That’s something that needs to change.

6. Most Women Would Rather Not Have Sex On The First Date

Of those surveyed, only 26 percent of women were open to having sex on the first date. Of course there’s nothing wrong with that, but if you’re living by the “no sex until the third date rule,” then it’s time to come into 2015. A woman should have sex on whatever date she wants, and not feel even a single bit bad about whatever number date that might be.