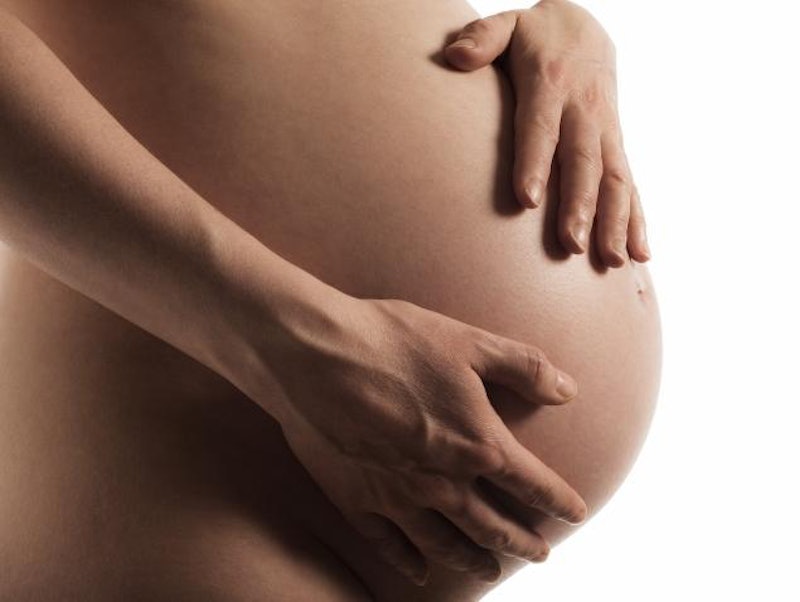 While statewide efforts to ban abortion get plenty of attention, laws that address the issue of fetal rights more generally usually don’t receive as much scrutiny. However, such laws are playing out tragically now in Louisiana, where a 17-year-old girl is being charged with feticide because she admitted to snorting cocaine days before giving birth to a stillborn baby — despite the fact that, per Louisiana law, a mother can't be charged with the feticide of her own unborn child. According to the Advocate, Baton Rouge police issued a warrant for her arrest Thursday after the coroner who autopsied the fetus referred to the case as “placental feticide.”

The mother reportedly gave birth to the stillborn fetus on September 18th when she was seven months pregnant. According to the warrant, homicide detectives questioned her afterwards, when she was still in intensive care; she said that she’d used cocaine five days before the birth, after the baby’s father informed her that he was breaking up with her.

“By ingesting cocaine when pregnant, it can cause the blood vessels to constrict and the placenta to abrupt or detach from the uterine wall,” the coroner said. “Once that happens, the nutrient supply from the mother that goes to the fetus is no longer attached and the fetus cannot survive.”

The question of whether a fetus constitutes a human life is, of course, one of the central question in the debate over abortion rights. It’s often been used as a legislative tactic by abortion opponents — see the flurry of personhood legislation pushed by conservative lawmakers last year — and while Texas gained notoriety for banning abortions after 20 weeks, a proposed Australian law that would designate a fetus as a person after 20 weeks would have much more far-reaching implications.

Unlike the restrictions passed in Texas (and similar ones being voted on next week in Albuquerque), personhood laws are often applied in situations that have nothing to do abortion. The Australian legislation was partially inspired by a 2009 case in which a driver hit a pregnant woman and killed her 32-week-old fetus, but wasn’t charged with homicide because the fetus wasn’t legally considered a person. Abortion opponents found this unacceptable, and pushed the for the 20-week personhood law soon thereafter.

But personhood laws cut both ways. In Wisconsin this year, 14-weeks-pregnant Alicia Beltran told doctors that at a prenatal checkup that she’d had a pill addiction a year prior to her pregnancy, but insisted that she was clean and didn’t need any more treatment. Soon thereafter, a doctor who had never met or examined her concluded that she “exhibits lack of self-control,” and per Wisconsin state law, Beltran was placed in shackles and confined to a treatment center for three months, while her unborn baby was appointed a legal guardian.

Fetal homicide laws vary greatly by state, and Louisiana is one of 38 states to recognize it as a crime. The mother in the most recent case was charged with second-degree feticide, which is applied when “the offense is committed in sudden passion or heat of blood immediately caused by provocation of the mother of the unborn child sufficient to deprive an average person of his self control and cool reflection.” However, Louisiana law also defines feticide as a crime committed by "a person other than the mother of the unborn child," raising the question of under what authority, exactly, the mother is being charged.

There are no federal laws against fetal homicide per se, but the 2004 Unborn Victims of Violence Act recognizes a fetus as a legal victim if it’s killed during the commission of an existing federal crime of violence.

As for the 17-year-old Louisiana girl, she faces up to 10 years in prison if convicted on the fetal homicide charge.