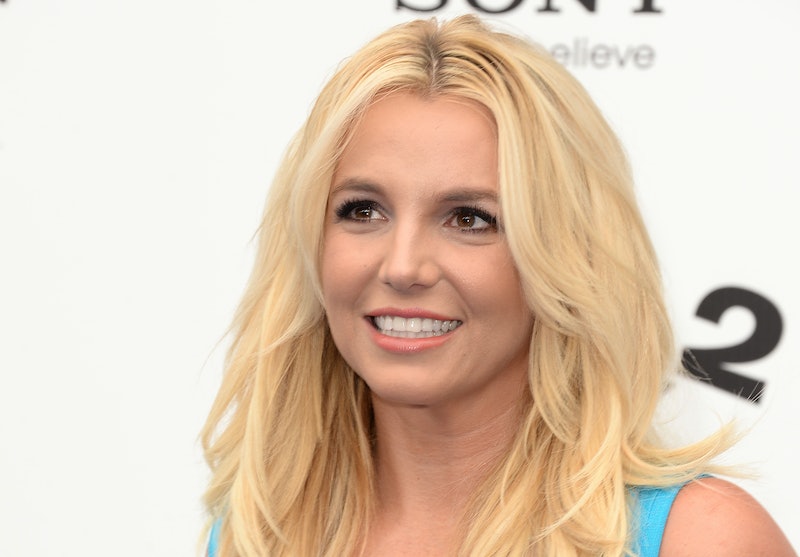 You know her as a woman who wears many (not literal) hats: singer, actress, mother, and dedicated Starbucks lover. Yes, Britney Spears rivals even the biggest Starbucks lover with her fervent, eternal love of the coffeehouse chain. Starbucks and Britney Spears are the ultimate celebrity OTP, one that dwarfs her relationship with Justin Timberlake, and will, in contrast to her former dalliances, last forever. So it's kind of ludicrous that she hasn't got her own Starbucks drink yet. I mean, let's be honest guys: if a lemon bar can get its own frappuccino, there's no reason Spears shouldn't.

Therefore I have a proposal for Starbucks: let's kick-start our own special Spears-themed line of drinks and snacks. We can use her impeccably good taste and iconic sense of style to influence the conception of these beverages and food goods. If nothing else, I think there are huuuuuge overlaps between Spears fans and Starbucks fans, which would make them sell like crazy on their own. Just saying...

Unconvinced? Let me give you a sweet preview. Take a break from your red velvet and cupcake frappuccinos and enjoy these suggestions for Spears-themed drinks:

Not only can you really taste the bubblegum, but you also get the sweet flavor of lost innocence.

Uncomfortably hot and garnished with fresh pink pom-poms, this drink would send you right back to the winter when you fell in love with our girl Britney.

The only real romantic rival to Britney's love of Starbucks is Cheetos, hands down. But the two wouldn't have to compete when you blend them into one perfect concoction: the Cheeto Crunch Frappuccino.

Looking for something a bit more traditional? Try the Chocolate Denim Swirl Frappucino, a summertime drink that combines Britney's favorite snack food with Britney's biggest failures. Is that a hint of ramen noodles I detect? You bet your ass it is.

According to Ryan Seacrest's Twitter, Spears keeps skittles and cheese whip on her person simultaneously. It's my assumption that the two must make for a pretty incredible combination, and we should all be able to find out for yourself with this delicious treat!

Trying to get in tip-top form for a career revival? This super hydrating iced tea would help, with its light flavor and undertones of Las Vegas and spearmint.

Don't worry — if you're a straight-shooter who doesn't care for much more than a simple cup of coffee, I didn't forget about you! This drink would be Spears' custom coffee blend, a roast so light that you'd think that someone bleached it.