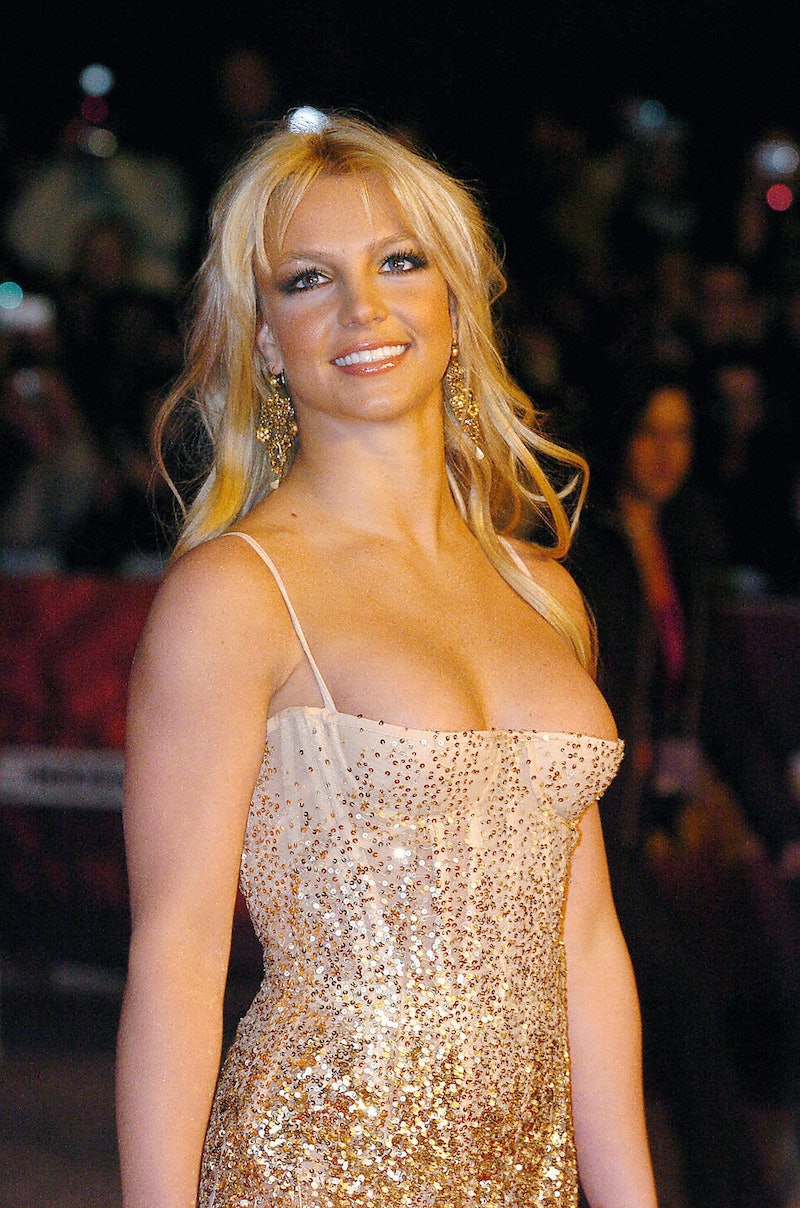 OK, I may or may not have owned all of Britney Spears' albums when I was younger and committed the most iconic Britney Spears outfits to memory along the way. Although I recognize that not everyone is as huge a Britney Spears fan as I, y'all must admit that Spears is one of the most influential pop stars of the late '90s/early '00s.

I refuse to believe that I am the only person who reenacted Spears' "Slave For You" performance in the mirror when I was younger. Even though I did not have a pet snake, I tied my shirt in the front to imitate her green crop top and paired it with denim shorts. This was when I came to the conclusion that Britney Spears was a trendsetter.

Spears is just one of the many celebrities who greatly affected a large portion of Millennials in their youth. Her iconic outfits throughout her career are one of the reasons why she is considered legendary. From the Juicy Couture velour tracksuits (still cringing at this trend) to the all-denim look she wore with Justin Timberlake that one time, B has certainly left her fashion trends with us, for better or for worse.

Here are 13 iconic outfits that prove that Britney Spears is truly the Pop Queen on the '90s.

1. "Slave For You" Performance

Is it me or does this look like a Lisa Frank sticker book (true '90s throwback) and the snake series on Animal Planet threw up on Spears? Nevertheless, she performed effortlessly with a snake on her neck, while wearing a jewel-toned, green crop top and boy shorts that have a lot going on with them. This look was super fun and super trendy. B had almost everyone, including myself, wanting a pet snake.

This white gown and muff combo is simply Hollywood and Spears was officially a member of Young Hollywood after sporting this look.

I will be forever stunned by the fact that Spears wore this beautiful, embellished jumpsuit for her stage rehearsal. The vibrant red with added jewels and cut-outs is the definition of a hot and chic jumpsuit. Hey Brit, can I borrow this jumpsuit for my birthday or.....?

4. Rocking A Tuxedo Jacket As Dress

Clearly, Spears can relate to us women who despise wearing pants. I feel you, girl! But really, can we please take a moment to appreciate how simple this look is, while still managing to make a statement?

I dressed like this Spears look for Halloween one year (OK, I am not sharing photos). Nevertheless, this looks left most of the fashion critics talking and it had all of the reasons to. Donning a lace detailed skirt with a leather vest, mesh half sleeves, strappy stilettos, and a cabbie hat, Spears definitely pulled off this monochromatic look.

6. In Love With Denim

OK, I am pretty sure that this matching all-denim look B wore with Justin Timberlake is one of her most memorable red carpet ensembles of all time. This ex-couple left the majority of the attendees at the MTV Video Music Awards astonished.

Side note: Am I the only one who wonders what the world would look like if Spears and Justin Timberlake had stayed together? Perhaps it is just me.

I would not say that this is one of her most talked about looks. But what I will say is that this is one of the most simple and classic looks that Spears has ever worn. The singer is known to sport more outrageous attire at red carpet events, therefore, this nude dress with metallic floral detailing is a toned-down B that I truly appreciate. Don't worry, I love the outrageous Britney Spears, too.

"I'm addicted to you. Don't you know that you're toxic?" OK, I am done with reciting Spears lyrics. But seriously, Britney Spears' music video for "Toxic" left many of us, including myself, jaw-dropped because of this nude bodysuit that is bedazzled with crystals.

At first glance, it even seemed as though she was nearly naked with jewels on her body, but that is not the case. Even better, Spears wore this bodysuit again for one of her Vegas shows a few years ago.

Oops, she did it again with this red bodysuit. Some would say that Spears was inspired by Catwoman by rocking this latex bodysuit in her music video, but others beg to differ. No matter who influenced this look, Spears helped make latex bodysuits super trendy in the early '00s.

I must admit: This is my least favorite Spears-y red carpet look ever (sorry Brit). No matter what my opinion on this look is, though, it still kept people talking throughout the 2000 Billboard Music Awards.

A long, suede orange coat paired with only a bra underneath, and purple pants with purple pointed-toed booties? Britney looked like a cup of orange and grape punch and everyone was sipping it in that evening.

Even at the beginning of her stardom, Spears was making fashion statements on the red carpet. These pink pants with huge sequin details certainly over-shined everyone else's attire at the Teen Choice Awards. And this all-pink outfit influenced my entirely pink wardrobe when I was seven (please don't judge me).

This iconic music video look left everyone wanting to wear the school-girl uniform even during the summer months. Rocking a grey cardigan over a white button-down shirt that is tied in the front and a black mini skirt, Spears looked super adorable. The fuzzy scrunchies and pigtails added an innocent touch to this scandalous yet tasteful outfit.

Spears was the Queen of Juicy Couture velour tracksuits when they were extremely popular in the early '00s. When she was not wearing bedazzled bodysuits or her school-girl uniform, you could find her wearing these super comfy tracksuits. Plus, did you know that Britney had all of her bridesmaids rocking velour tracksuits as well? I know, that is very insane — but totally rad.