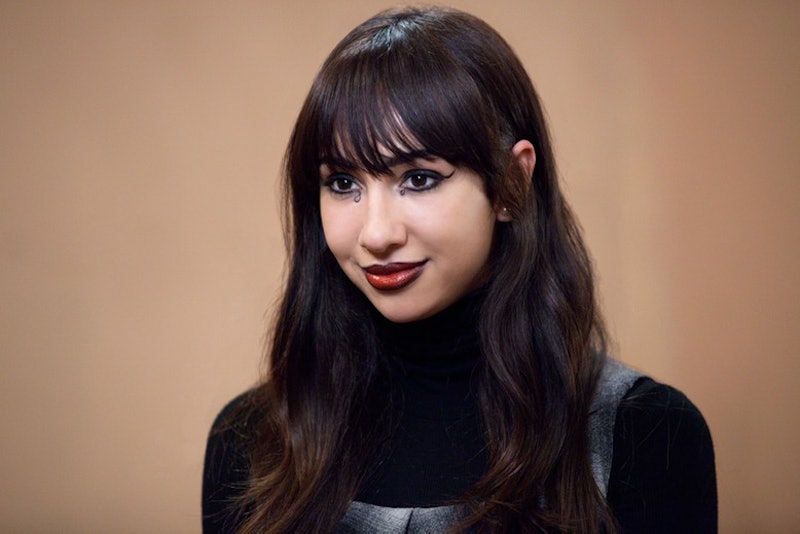 Over the first two seasons of Orange is the New Black, fans of the show have learned why each inmate is serving time at Litchfield. (Episode 5 spoilers ahead!) One of the inmates on OITNB , Marisol "Flaca" Gonzales, ended up at Litchfield for selling counterfeit drugs. She was selling some fake LSD, you guys. So I guess the question stands: Can you go to jail for selling fake drugs in real life? Did D.A.R.E prepare us to answer that question with the upmost certainty? We're going to need to get the rule book for this one.

For a while, we didn't know why Flaca was in Litchfield. There were hints dropped here and there, which might have suggested that it was a drug related crime — her boyfriend is the "king of molly," remember? — but nothing was for certain. In Season 3, we learn that Flaca was arrested for selling fake LSD. She would print out neat sheets of paper with cherries printed on them, wet them with water, and blow dry them to make them look like tabs of acid. But this isn't something you want to try at home, kids.

So, is it really illegal to sell fake drugs? The quick answer: Yes. Very illegal. In fact, there are some pretty serious punishments (see: Flaca) for selling counterfeit drugs. In addition to selling drugs, selling a fake drug is also considered criminal fraud in some states, according to CriminalDefenseLawyer.com. And, in 2013, a man in New York pulled a full-Flaca and tried to sell fake LSD. He even advertised it on Craigslist. The man was arrested with "imitation controlled substance - manufacture/sell." This is probably something that Flaca would have been charged with, as well.

So, what are the penalties? According to CriminalDefenseLawyer.com, you can rack up quite a few years for selling fake drugs. For criminal fraud (basically, making a false statement or representation of something, like LSD) can earn you up to five years in prison. In regards to the actual selling of counterfeit drugs, that can land you three years in prison.