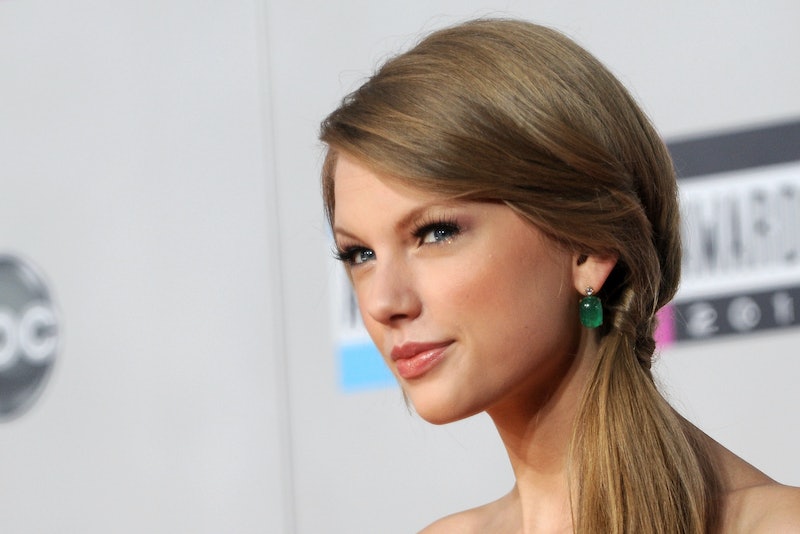 Well, T. Swift is at it again — no surprise here. BuzzFeed News reports Taylor Swift donated $15,000 to a family in need after they were involved in a car accident. See? The singer is once again proving she's a real-life guardian angel. Ever since the accident, the family's medical bills have skyrocketed. To make matters worse, the family doesn't have insurance, so enter Swift as their saving grace.

Last Saturday, Texas firefighter Aaron VanRiper's wife, Amber, and son, John, were seriously injured in a crash, and Aaron was on the squad called to the scene of the accident. After the accident, his son and wife, and the passenger in the car the VanRipers collided with, were pulled from their cars, and were all flown to a Houston hospital. On Wednesday, per a post made on Facebook by the family, Amber remained in the trauma ICU, while John was released on Tuesday.

Since they don't have medical insurance, the family's bills are quite steep, so friends set up a GoFundMe account to help out. Well, a friend of the family noticed quite the surprising and exciting donation of $15,000 from someone named "Taylor Swift." Of course, it could have been anyone just using the "Bad Blood" artist's moniker, however, both BuzzFeed and Billboard claim they have confirmed with sources that it was indeed the Taylor Swift.

This is far from the first time the singer has given back to others. In 2012, she donated $4 million to the Country Music Hall of Fame to help fund a new education center. Then, in 2015, she gave a fan $1,989 for student loans. As if that's not enough, T. Swift also donated $50,000 to New York City public schools. Basically, "good doer" should be her middle name.

As of Thursday morning, donations for the VanRiper family have reached over $101,000. It's always great to see people, including famous faces, lending a helping hand to those in need.