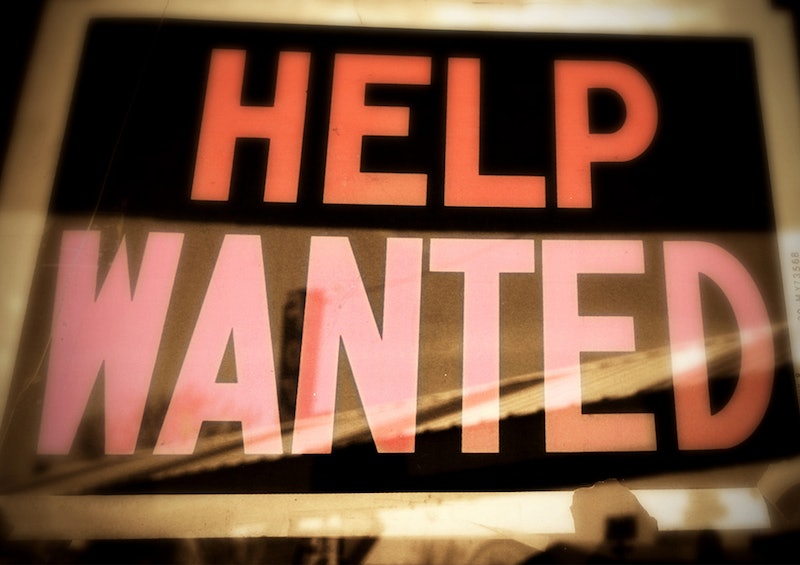 Although many of us in our suffering economy are often happy enough just to have a job, job satisfaction is still important. But are workers in some states happier than those in others? Where are people most likely to hate their jobs? That's what social tech company Brandwatch and job search company Monster attempted to figure out with their Twitter Happiness Report. Brandwatch and Monster used data gathered from the Twitter hashtags #ilovemyjob and #ihatemyjob to find out how people fare in terms of job satisfaction across the country — and the results are pretty interesting. Do you live in one of the happiest or least happy states?

Monster and Bandwatch analyzed over one million tweets over the course of one year from March 2014 to March 2015 to find out where and when people hated their jobs versus loved their jobs; then they compared the ratio of "I hate my job" to "I love my job" tweets. Interestingly, the ratio of people talking about how much they love their jobs was the highest in November; meanwhile, the ratio of people talking about how much the hate their jobs peaked in July. Why? This is pure speculation on my part, but I assume it's because obviously everyone would rather be on the beach sipping sangrias, listening to Sublime, and pretending they never have to go to work again during the warmer weather, of course.

Brandwatch also recently released a regional analysis about which places have the "happiest tweeters" and found that there were some clear overlaps between which states had the happiest tweeters and which states loved their jobs; as it turns out, most of these happy, job-loving states are in the Western part of the United States. East coast and Midwest, maybe it's time to find a new job.

Check out the top five states where people #lovetheirjobs and the bottom five that #hatetheirjobs; head on over to Brandwatch to read the full report.

Hawaiians are the most job-loving people in the United States, with about 10 of them tweeting about loving their jobs for every one who tweets about hating it. The people who love their jobs the most in Hawaii are sergeants, electronics technicians, and system engineers. Yay, tropical climates and computers!

Trailing not too far behind Hawaii is Utah, where nine people tweet about loving their jobs to every one who is not so hot on their workplace. The top three jobs with tweeters who love what they do are people in tech support, missionaries, and designers.

Oregon takes the number three spot for states where people love their jobs, employing happy baristas, designers, and manufacturers. Here, around eight people tweet about loving their jobs to every one who tweets the opposite.

Coming in fifth on our list and helping secure a spot for the entire West Coast, Washington State has about eight employees favorably tweeting about their jobs to every one not-so-favorably tweeting. People who love their jobs most in the evergreen state are data analysts, software developers, and program managers.

The least job-satisfied, most job-hating tweeters in the country reside in Florida, where only two people tweet about liking their job to every one who tweets about hating it. If you're a paralegal, operational director, or sales representative, you're most likely to be upset with where you work.

The ratio of love-to-hate tweets is about three to one in West Virginia, where the most distraught employees include truck drivers, corrections officers, and pharmacy technicians.

Like West Virginia, the ratio of love to hate is about three to one in terms of jobs in Delaware. Those in staffing, warehouse operations, and credit analysis seem to hate what they do the most.

Virginians fare very marginally better, with almost four people tweeting about loving their job to every one who hates it. Haters in particular include administrative assistants, people with government jobs, and system analysts.

Oh, Ohio. A little over four people tweet about liking their jobs for every one who doesn't in this Midwestern state, with the people who hate their jobs mostly in custodial services, home care, or welding.

Of course, it's important to consider the conditions of the job, including benefits and income, as well as other factors about working in that particular state before deciding that Ohioans hate their jobs because they're curmudgeonly. The better the conditions at your job and your state, the more in favor of your workplace you'll be, and it's not fair to hold people accountable for being upset when they don't have the resources to have a positive experience.

Check out the full report here.