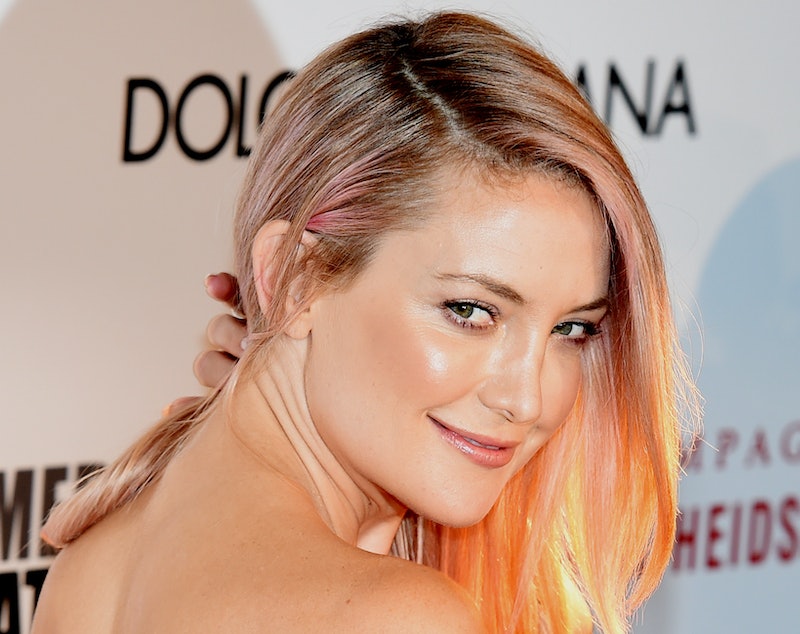 Have you ever tried getting ready when you just can't even, and you wonder if anyone would notice or care if you wore your comfy clothes out as part of your Friday night look? If you've been there, then you're not alone, because Kate Hudson wore a sports bra as a shirt, which actually turned out quite fabulous. I'm sure she would've gotten away with it if people weren't so interested in finding out where she got (because how cute does she look, right?).

I'm not saying that dipping into athlesiure is something new, because everyone is on another level with their sneakers and joggers right now. However, what Hudson did was something a little more extreme. Since both athletic apparel and crop tops are so in right now, it made the whole thing acceptable. And the best part about it all was that Hudson wasn't just going out for a few drinks with the girls. Instead, she was heading to the launch of her latest FL2, men's activewear line. So, this was a big deal.

What's even better is the fact that the sports bra that she wore was something that even we can afford. The black Fabletics Moorea bra is only $35 and can obviously be worn a hundred different ways, from the gym to the after-party. The next time you can't get out of your sports bra, don't fight the urge to just throw on a pair of pants. Just ask yourself: WWKD?

More like this
The 10 Best Longline Sports Bras, According To Reviewers
By Danielle Calma
The Nike & Jacquemus Collab May Have Been Inspired By Princess Diana
By Frances Stewart
23 Times Meghan Markle Dressed Just Like Princess Diana
By Bustle UK
10 Show-Stopping Manicures From The 2022 BET Awards
By Paris Giles
Get Even More From Bustle — Sign Up For The Newsletter