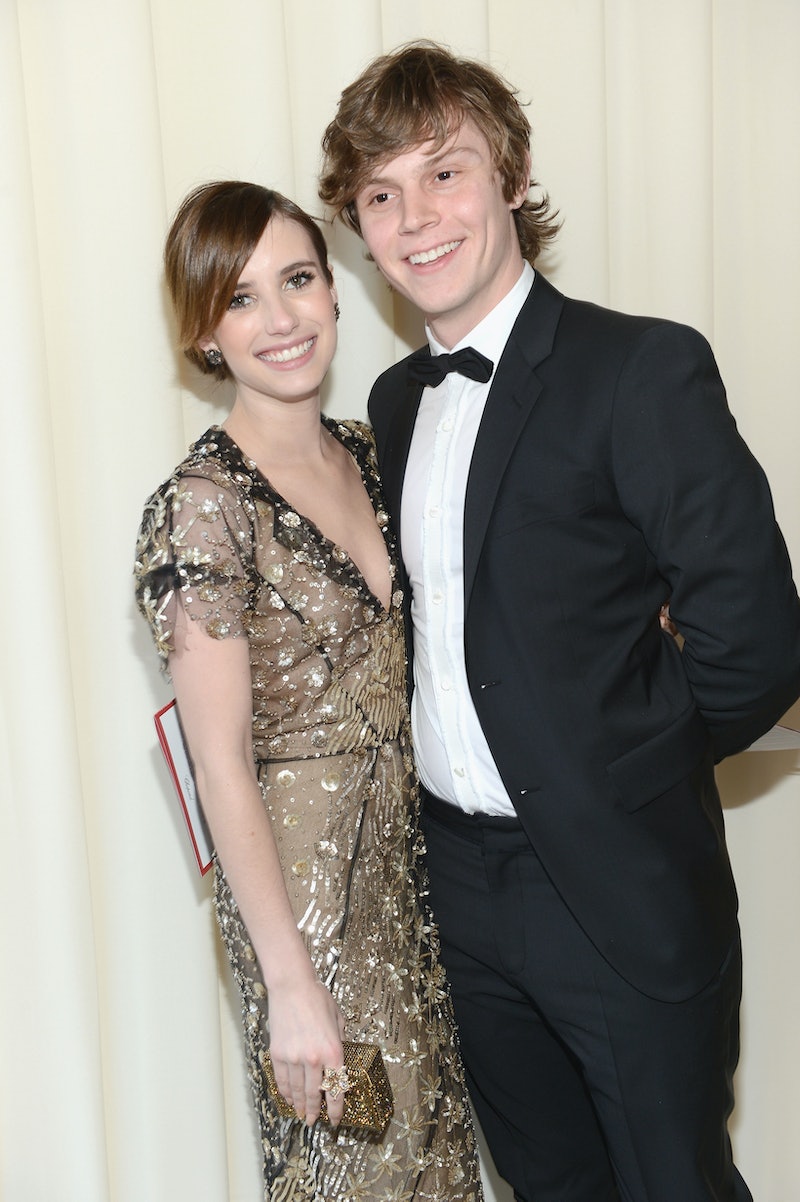 Love is officially dead and I no longer believe in romance. According to JustJared.com, Emma Roberts and Evan Peters broke up, which means they will no longer walk down the aisle and become Mr. and Mrs. American Horror Story. Per a source who spoke with the entertainment outlet, Roberts and Peters are still friends, so I guess that makes it all okay, right? No, let's be real, it's still sad news. Why must Hollywood couples do this to us?!

Here's what JustJared.com's source had to say about their split:

Their three years together just ran its course. They have so many great memories together but couldn’t make it work in the end. The break up was amicable — there was no drama whatsoever. Emma and Evan are even still friends!

Bustle reached out to the actors' reps for comment, but have yet to receive a response. So until we hear from their reps or Roberts and Peters personally, let's just hope this is a really bad joke.

Roberts and Peters started dating in 2012, which made American Horror Story fans rejoice since they both starred in the series at one time or another. Then, in 2014, Roberts and Peters got engaged, and, of course, shippers of the two became even more thrilled. Ever since they announced their engagement, fans of the talented actors have been "patiently" waiting for their marriage and wedding photos. Sadly, that day may no longer come.

With that said, let's support Roberts and Peters if they did indeed go their separate ways. If they felt this was the right choice and are choosing to remain friends, we should respect that — even if it is devastating.