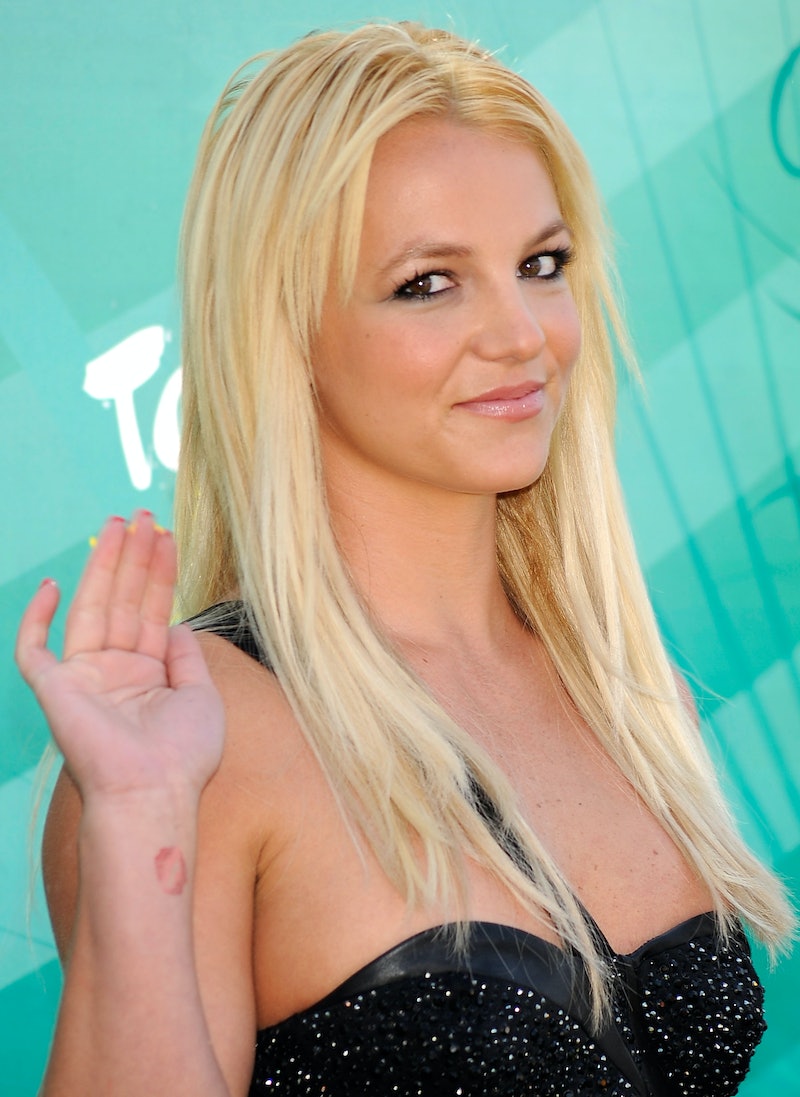 For almost two decades, Britney Spears' pop music has been a veritable tour de force in the genre. And, look, I'll cop to having a prejudice, since the indisputable queen of pop lost her appeal for me around the same time I discovered eyeliner and Hole, but not all Britney Spears songs are hit singles. In fact, if you skim through the archives, you're gonna find a lot of embarrassing tracks that never should've seen the light of day.

Actually, the thing is, most of the worst ones rarely do see that light of day. So many of Spears' worst tracks are hidden as b-sides, or made an exclusive single in like, Bangladesh or Istanbul or something. But, thanks to the wacky and wild world of the Internet, we can dig deep and come back with the absolute worst of Spears' most cringe-worthy songs. Ooh, and the best part? Some of them even have cringe-worthy music videos, too. Sorry, guys. It wasn't all "Hit Me Baby One More Time" and "Oops, I Did It Again."

So brace yourselves, because I hunted those unfortunate songs down. Here they are, folks, a handful of the most embarrassing Spears' songs that you either didn't know about or are trying desperately to push out of your mind.

This is a duet with Jamie Lynn, which should ring a warning bell right off the bat. If that doesn't do it, the fact that the song's big opening hook is just Spears saying "You" in the most monotone of autotunes was your last chance to get out of here. The only line that rings true is "I drink some white wine, now I'm walking on the sky." Same, but that doesn't make this a great song.

"From the Bottom of My Broken Heart"

Oh god, this song. My brother got me this single for $2 at the Indian Hill school store in 1999. It wasn't worth it.

This 2002 track was created in the efforts to promote both FIFA and Pepsi... two things I have absolutely no emotional attachment to. Likewise, every inch of it sounds lazily phoned in, even with that sassy Latin beat.

A controversial pick, I know. Hell, the music video has nearly 100,000,000 views on YouTube. My problem is, and I'm sure once I say it you'll feel me on this, this song is representative of Spears' deeply sad 2007. Can you even listen to it without thinking of that disastrous VMA performance? No, because even though there are definite worse songs out there, this one feels like the audio equivalent of a car crash.

You remember that one semester when you were going through a party phrase, and finally cut yourself off once you let some guy with a greasy puberty 'stache take you home? This song will take you back to that horrible night.

HILARIOUSLY DATED, but, even if it was "Gchat My Heart," I wouldn't be more eager to listen to it. It's horrible across every technological medium.

Oh my god, though, nothing compares to this. Nothing compares to a song ripped off the soundtrack to Smurfs 2, with a music video that features Spears' two kids in Oscar-worthy performances. Everything about this is terrible, no exceptions. Spears needs a Disney vault to lock these songs away in, STAT.

More like this
Britney Has Been Granted A Restraining Order Against Her Ex-Husband
By Bustle Staff
The 'Hocus Pocus' Sequel Finally Has A Release Date & It Makes Total Sense
By Shannon Barbour and Radhika Menon
“The Door Is Always Open” For Another 'Breaking Bad' Spin-Off, Says AMC Boss
By El Hunt
Lauren Rae Is Bringing Back The Sex And The City Vibes In Her New Memoir
By Shahed Ezaydi
Get Even More From Bustle — Sign Up For The Newsletter