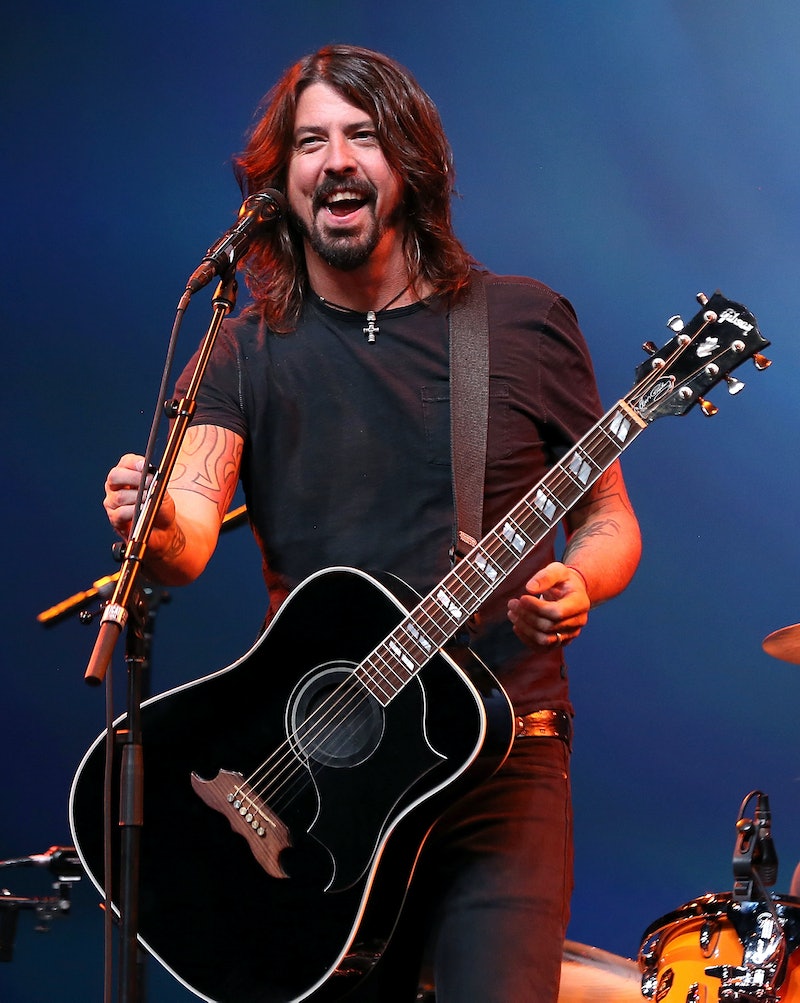 Note to self: Never tell the Foo Fighters to "break a leg" before they begin a show. (Ugh, I'm sorry. I couldn't help myself.) According to TMZ, Dave Grohl reportedly injured one of his legs on Friday when he fell off of the stage during a Foo Fighters show in Sweden. BBC News reports that the rock legend attempted to jump on a stage ramp, missed the ramp, landed on the ground, and remained on the ground. “Now, look. I think I just broke my leg right now,” he told the audience, and then added that he needed to go to the hospital.

But, to borrow another idiom from the The Theatre, the show must go on! According to the Daily Mail, the rest of the Foo Fighters continued the concert while Grohl received medical attention backstage. Before long, a bandaged up Grohl was carried back out to the stage. He finished the rest of the set seated with his bum walking stick propped up. Wasn't about to let this injury throw a monkey wrench in things.

Well, this only proves what I've suspected all along: Dave Grohl is a literal god who cannot be stopped. Wishing said literal god a speedy recovery.

Here are the post-injury moments (warning: there is some NSFW language):

And here he is not letting a possibly broken bone get in the way of rock 'n' roll: